Was I little too hard on old Jeph Loeb the other day, when I was talking about his Scarecrow stories with Tim Sale? Because I'm thinking I might have been, and, while I haven't dug a lot of Loeb's recent writing, it's not like the guy's never done anything worthwhile before.

For example, he wrote this scene, which still cracks me up every time I read it.

To set the stage, this is from Loeb and Sale's Batman: Dark Victory #13. Batman has been fighting a faction of his foes through the Gotham City sewer system, and they've accidentally stumbled into the Batcave, where a young Dick Grayson is currently hanging out in a homemade costume. The Joker has just shot Two-Face off a cliff, and now trains his gun on the Dark Knight. Is this the end of our hero? 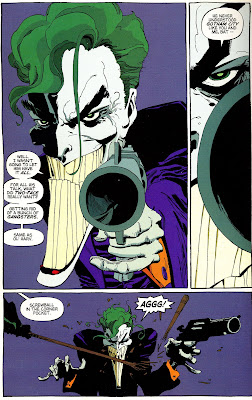 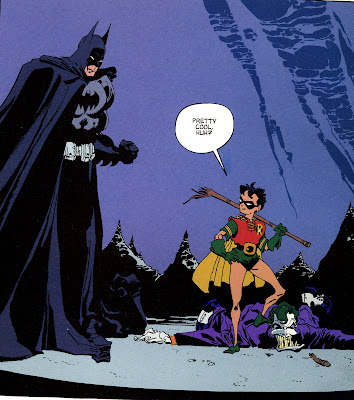 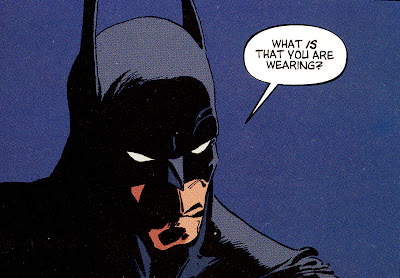 That's a *great* scene. Thanks for putting it out there!