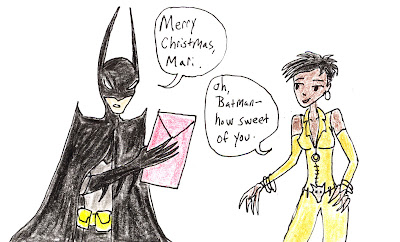 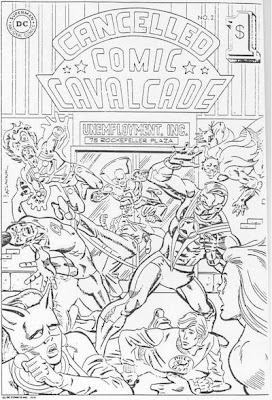 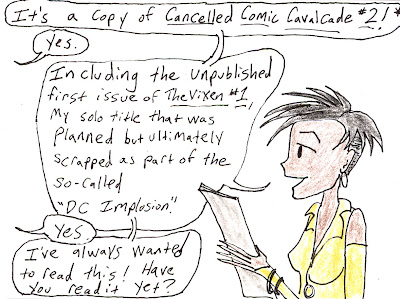 *The name given to two books "published" by DC Comics on their office photocopier in 1978, filled with stories that were completed (or very nearly completed), but were axed as part of a sudden reduction in the number of books the company was publishing at the time. 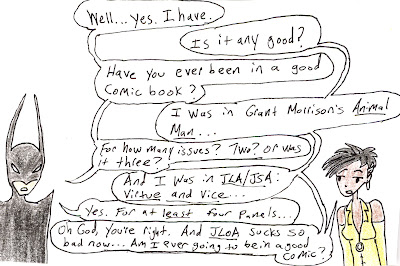 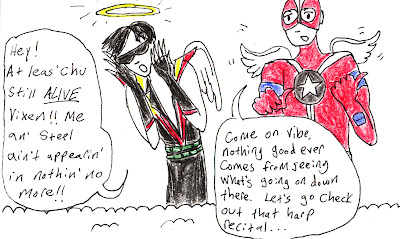 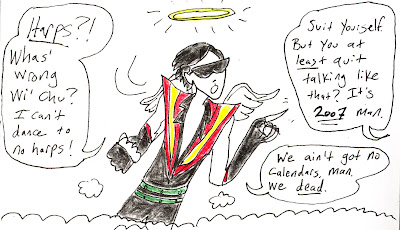 Hmm . . . these new ones aren't as punchy as the first few. Not that everything has to be short and sweet - I enjoyed your Bald Men's Meeting strip, which was pretty long - but I think these could benefit from brevity.

Ignore him. This was great.

Heh. Poor Vixen. She doesn't even end up being the star of the strip that is supposed to feature her.

...sounds like Calb should be writing for her professionally.

Hey! Vixen was in lots of terrific issues of Suicide Squad-- best use of her ever, really-- and a few reasonably good issues of Birds of Prey.

Hey! Vixen was in lots of terrific issues of Suicide Squad-- best use of her ever, really-- and a few reasonably good issues of Birds of Prey.

Oh yeah, she was in Sucide Squad, wasn't she? I didn't think the BOP apperance was all that (although I did like her with the locks), but, yeah, SS was a pretty damn good comic back then, and she was good in it.

That's another good reason why they need to collect the whole run in trade--so I can read it all in order and keep it in mind when I sit down to make fun of old DC characters...

I keep getting surprised by how often these make me actually laugh out loud. Not that I shouldn't be laughing, but I usually react to humor internally. But "We ain't got no calendars, man" just cracked my ass up.

See, Vibe and Steel have it all backwards - they're LUCKY to be dead, because this means the chances of their being humiliated in dreadful stories is very, very small!

As awesome as Superboy and Ted Kord were, they could be in COUNTDOWN right now. Their current state is a huge improvement over that!

Has Scip seen this yet?

And hey, some of the Ostrander/Yale Suicide Squad was pretty good!