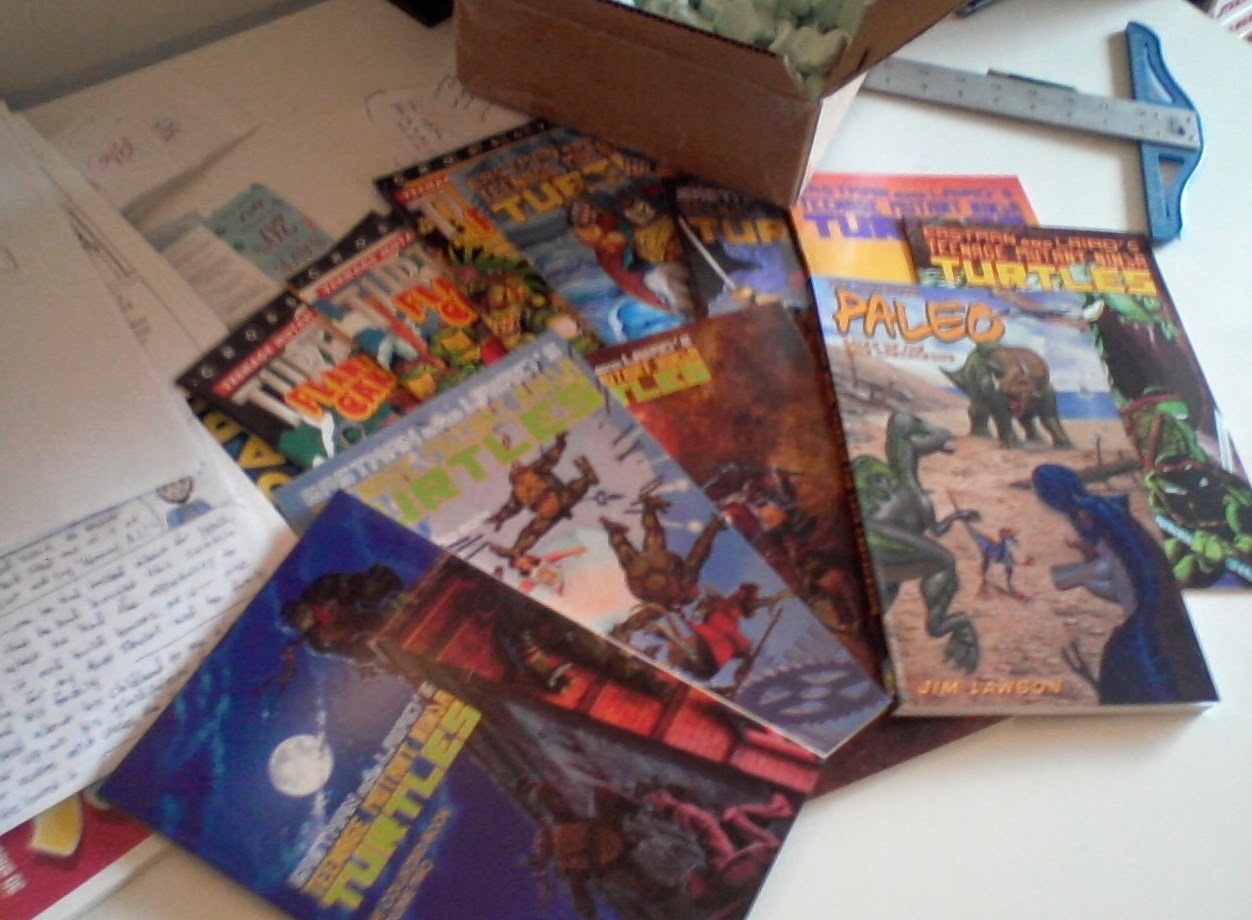 I arrived home from running some errands this afternoon planning to get so much writing done today, and then what do I find waiting outside my apartment door but a package containing all this: All of the original Mirage trade paperbacks collecting Eastman and Laird's Teenage Mutant Ninja Turtles that I don't already own (save one), the last handful of issues from the original volume of their comic that I've never read, the final 3/4ths of the Flaming Carrot crossover I read the first issue of in the early'90s and never finished and a trade paperback collection of Paleo, one of Jim Lawson's dinosaur comics.

I have a feeling it's going to be very, very difficult to get too far down my to-do list of writing I had planned on today with those comics just sitting there, begging to be read. (By the way, if you have holes in your Teenage Mutant Ninja Turtles collection, this is where I ordered this awesome but frustrating package from; I was quite surprised that I could get all of 'em as cheap and in such good condition).

I'll try and post a new review later tonight, and it's a safe bet you'll read a lot of me talking Turtles here on EDILW in the weeks to come.
Posted by Caleb at 11:50 AM

Labels: links, phoning it in, tmnt