There is an appalling lack of pictures of Aquaman and Plastic Man on the Internet.

At least, not that I could find from an unbelievably long time spent Googling for images of the two of them to use to illustrate last night's post.

The pair were both members of the Justice League from 1997's "Rock of Ages" storyline in JLA through about 2001's crossover event story Our Worlds At War, and I know they shared at least a couple of scenes during that time.

They coincidentally met one another in Mark Waid's first fill-in issue, and they were both attacked at the United Nations by Talia al Ghul's forces in the beginning of Waid's "Tower of Babel" story arc. Oh, and if I'm remembering 2001's JLA Versus Predator correctly, Wonder Woman, Aquaman and Plastic Man fought some super-powered Predators in Venice in a scene.

I was planning on scanning one of those Howard Porter-illustrated scenes from JLA, but when I started searching through my longboxes, I discovered the one with the JLA comics must be buried at the very bottom of my back-issue midden, and thus not worth the hours of digging to pull it out just to scan.

So then I turned to Google Image, and blew wayyyyyyy too long searching (it wasn't a complete waste of time; I was watching an old Mystery Science Theater 3000 I'd never seen while doing so).

The only JLA comic I have that wasn't buried at the bottom of my back-issue midden was the over-sized 2000 one-shot, Waid and Bryan Hitch's JLA: Heaven's Ladder (it's too big to fit in a longbox). I scanned through that looking to see if Plas and Aquaman shared a panel, but came up empty (They shared a few, but usually Wonder Woman or Flash was between them).

Anyway, it reminded me how much I liked Bryan Hitch's Plas. Hitch obviously has a very realistic style, and his lack of speed proved to make him a terrible, terrible artist for an on-schedule monthly comic, but the original graphic novel Heaven's Ladder was a great showcase for him.

All of his characters looked realistic in the way all of Hitch's characters do, but his Plas had exaggeratedly large ears and hands, and was super-skinny. These small variations from regular human anatomy really popped out in a world drawn by Hitch.

(It also reminded me how disappointed I was when Waid shrunk Morrison's League as he inherited it down to just eight members, the Big Seven plus Plas. It was a fine line-up, but his Heaven's Ladder had those eight plus Steel and Atom Ray Palmer as well, which is an even better line-up. If I'm remembering correctly, Waid wasn't sure which of the character's actually survived Morrison's "World War III" arc when he started writing his run, and thought Steel and Zauriel, for example, were going to die. I wonder if Steel had stayed on for Waid's run to, if he would have thus stayed around for Joe Kelly's, and maybe still be on the League today...)

Since the the Internet seems to be suffering from a dearth of pictures featuring just 1990s Aquaman and Plastic Man without any other superheroes getting in the way, I naturally followed up my hours of fruitless Google Image-ing and Heaven's Ladder poring over by drawing Plas and bearded, harpoon-handed Aquaman over and over. 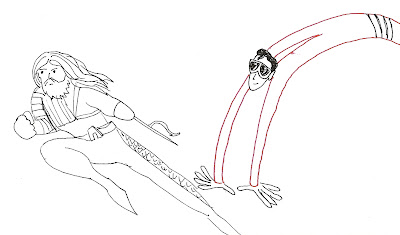 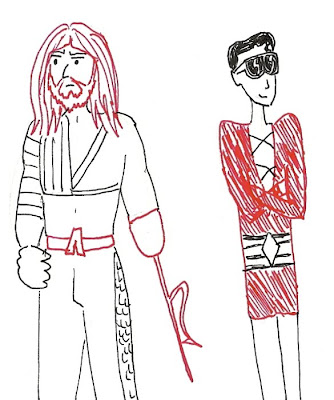 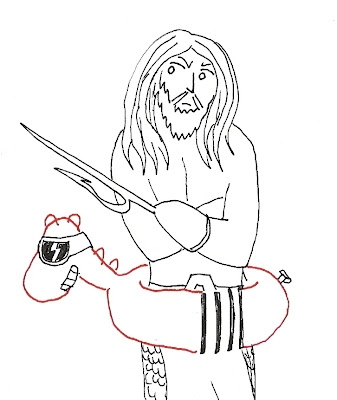 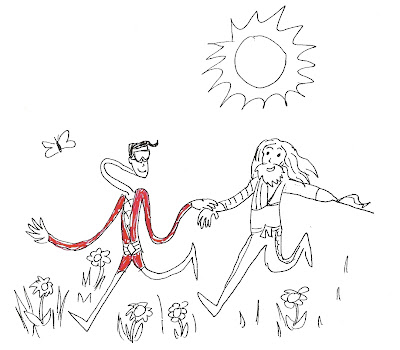 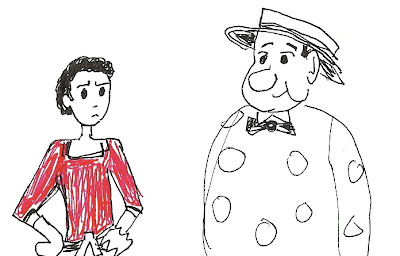 This was NOT the point of your post but my favorite line was " I was watching an old Mystery Science Theater 3000 I'd never seen while doing so"....I always love stumbling across an unseen (or under-seen) episode. Just picked up all of Season Two and some random later episode that I had worn out. Looking forward to days of Joel and The Bots...

Caleb, these are fabulous.

These actually made my day. Thankyous!