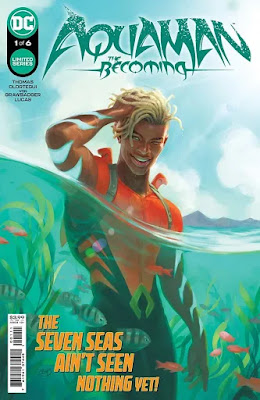 Nice cover on Aquaman: The Becoming #1, the first issue of a miniseries starring Aqualad Jackson  Hyde, the Aquaman of DC's near possible future Future State setting. Not sure if the interiors will look anything at all like that, though. Brandon Thomas is writing, and Diego Olortegui is handling the pencil art. 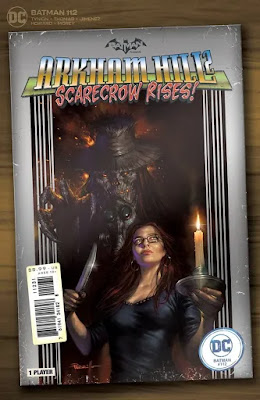 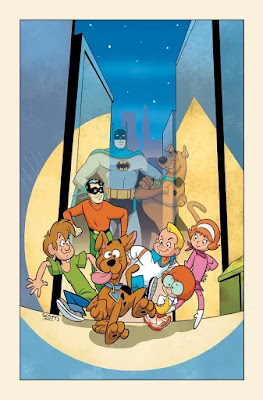 Is it wrong to say "Fuck yeah!" when you see a solicitation for a kids' comic...? Because that was my first  thought when I came across The Batman & Scooby-Doo Mysteries #6, in which Sholly Fisch and Scott Geralds present "the first historic meeting" between "a young Batman and a pup named Scooby-Doo!"

I've long thought DC was way too conservative with their use of the Scooby-Doo characters, sticking to just one version of the characters (that goofy adult comic aside) in all of their comics, and doing so at the expense of all other, equally valid versions of Scooby-Doo and the gang from the many other takes that have existed in different cartoons and movies over the decades. Like, for example, the A Pup Named Scooby-Doo version. So this should be fun...and it will be interesting to seejust how a pre-Baatman Bruce Wayne fits into the proceedings. 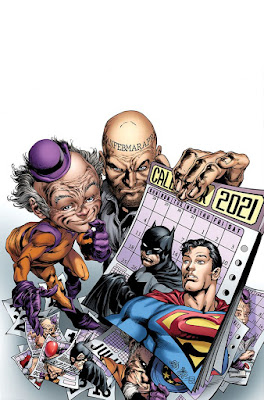 Mr. Mxyzptlk and Calendar Man? In the same comic? Is...is Gene Luen Yang writing Batman/Superman #22 just for me, or is it just a happy coincidence? I guess we'll have to wait and see if Calendar Man gets his cool costume back or not; then we'll know for sure. Heck, I even really like the work of this issue's artist, Paul Pelletier! 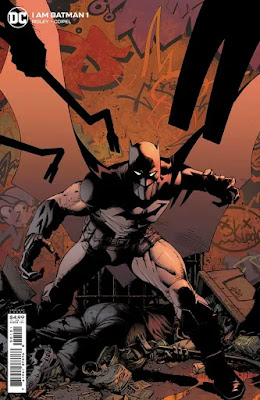 After the character has starred in a couple of miniseries, John Ridley and Olivier Coipel will launch a new ongoing Batman comics featuring Jace Fox, the first-ish* black Batman with I Am Batman #1. I don't much care for the costume, with the face plate over his mouth. I mean, I guess that makes the costume more pandemic-safe, but it seems kind of...counterproductive?...to have a character be the first-ish black Batman and then cover every inch of his black skin, so that you can't tell he's black, you know? Of course, perhaps that will be an element of the storyline... 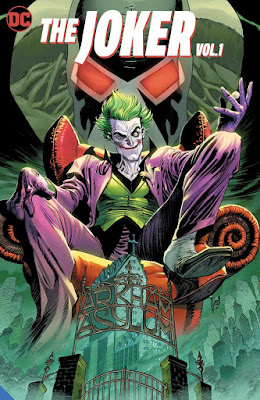 Have any of you been reading this series serially? If so, how is it? I'm sort of ambivalent about writer James Tynion IV—I didn't care for his Detective Comics run, but was more impressed with his Batman—but I'm a huge fan of artist Guillem March, who I think is the best Batman artist of the last decade or so. (Um, unless you count Kelly Jones, who has drawn some great Batman comics, like Kings of Fear, this decade, too. Nick Derington's work on Batman Universe was dynamite too, but, like some great Batman artists, it was too short to really stand out as a real "run" on the character, you know?) 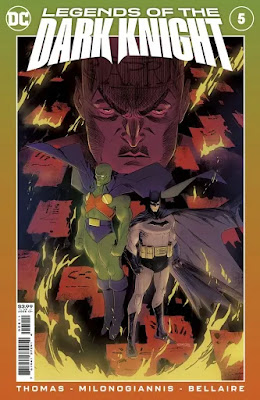 Legends of The Dark Knight #5 by Brandon Thomas and Giannis Milonogiannis promises...more Calendar Man! It's a Calendar Man-aissance! 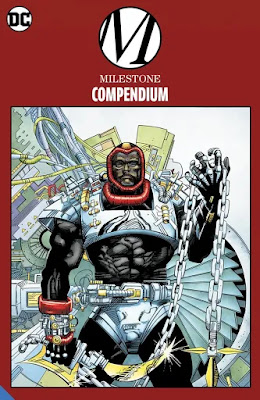 I'm really rather stressed out about The Milestone Compendium Vol. 1. The 1,320-page, $60 anthology includes the first story arcs from the Milestone titles Blood Syndicate, Hardware, Icon, Static Shock, Xombi and an issue of Shadow Cabinet #0. I'm interested in all of those comics on one level or another, but I'm not a fan of such huge books, and would really rather prefer title-specific collections, like ones devoted to Icon, to Hardware and so on. 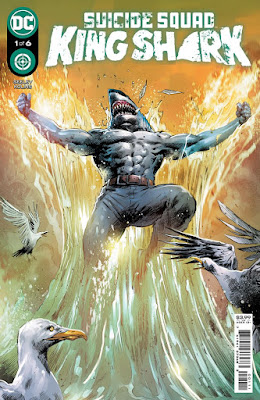 Those are some mighty sensible slacks for a super-villain on the cover of Suicide Squad: King Shark #1.
*Do we want to count Grant Morrison and company's 2011 Batman of Africa, Batman Incorporated's  Batwing David Zavimbe as the first black Batman? That's the character inspired by one of the possible Batmen that appears in a story-within-a-story in 1973's Batman #250. As a member of the Club of Heroes-turned-Batman, Inc, he was technically a Batman, even if his name wasn't, you know, "Batman." Same goes for his successor, Batwing II Lucius Fox.
Posted by Caleb at 12:07 PM

The Joker is a very good book. I was surprised at how much I like it. Everything fits well other than the Punchline back up and the extra dollar every month.