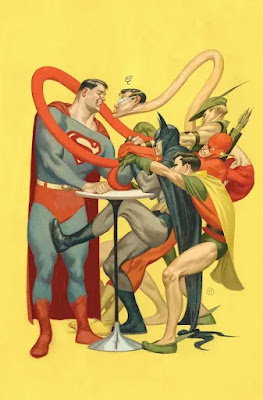 At first glance I thought this cover for Action Comics #1040 featured a bunch of heroes trying to pull Superman and Plastic Man apart because they were going to get in a fight, but they're obviously just arm-wrestling, and all those other heroes are helping out. Not that their help amounts to much against the Man of Steel, of course.
It's a pretty great image by Julian Totino Tedesco, but sadly the contents of the book don't reflect the cover, and none of the characters on it will be appearing within...save for Superman who, according to the solicitation, is still engaged in Warworld business. 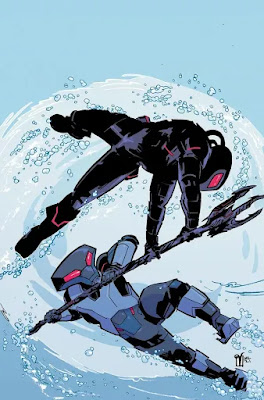 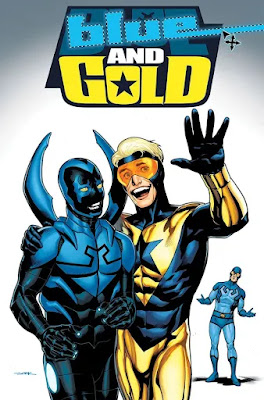 This is a pretty great cover by Ryan Sook on Blue and Gold #7. 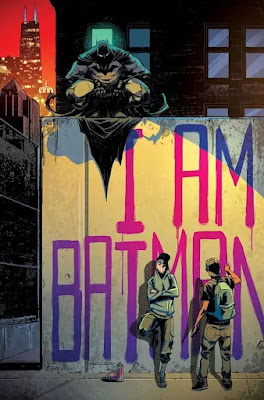 According to the solicitation copy for John Ridley and Ken Lashley's I Am Batman #6, Gotham's new, extra Batman Jace Fox will be relocating to New York City. This strikes me as a very good idea, and a good way to keep the narrative going, keep it interesting, and keep from having to stumble over the existing Batman's status quo, mythology and narrative every issue.
Severing Batman from Gotham—any Batman, or even just the idea of Batman—also just seems like a neat move, given how linked the two have become. We've seen Batman on individual overseas adventures, or visiting other cities, but we've never seen him essentially start over in a new city, or even spend a sustained amount of time in a new city. The fact that this city is a real one only makes it more interesting. 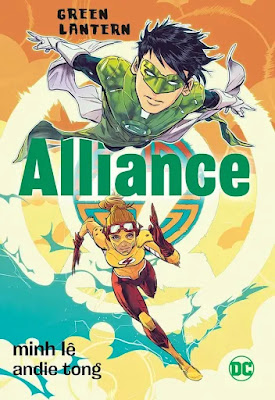 I liked Minh Le and Andi Tong's first Green Lantern graphic novel, Legacy, the one that introduced readers to new GL Tai Pham. It's kind of too bad it's not officially canon within the DCU continuity, but then, that's the way I feel about a lot of these made-for-younger-readers ogns that DC has been pumping out. At least it looks like it's going to be generating its own, bigger-than-one book continuity, with this sequel that looks like it is going to be introducing a brand-new speedster. 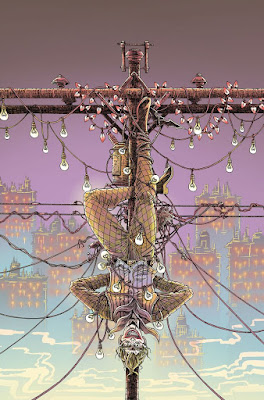 Is James Stokoe seriously the first artist to think of posing The Joker upside down, as in a tarot deck, on the cover of a comic book? It seems like, in retrospect, such an obvious ides that one would assume someone had done it before, but I honestly can't think of an example.  Anyway, that's a pretty great cover on Joker #12. 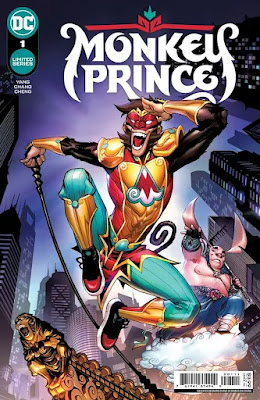 Well it's about damn time that The Monkey Prince #1 showed up in solicitations, the character making his much ballyhooed debut almost a year previous to the release of this issue. Gene Luen Yang and Bernard Chang's answer to the mythological character first showed up as a classmate of one Billy Batson's, but it looks like in this issue he's found a new school, in Gotham (Billy is apparently busy at the moment anyway, as we'll see below).
I've been looking forward to this series for a while now. I do hope it's good. 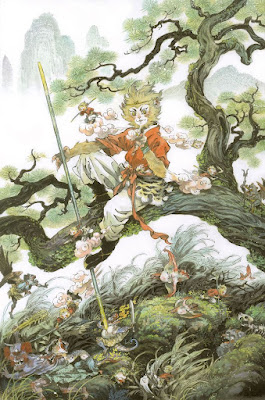 Speaking of, check out this particularly gorgeous variant cover for Monkey Prince #1, by Zao Dao. Hmm. I'm of two minds regarding The New Champion of Shazam! #1, in which Mary becomes, well, the new champion of Shazam, and, presumably, will start going by the name Shazam (I'm not sure if DC ever actually got around to giving her a new superhero name in the pages of its short-lived, post-New 52 Shazam series; if she ever went by Mary Marvel or Mary Shazam or...what.)
On the one hand, the status quo of the franchise seems so unsettled still since it's last big revamp attempt (although that will be some seven years or so old by the time this issue sees release), but, on the other hand, it's so unsettled what's another big shake-up, really...?

I honestly think the only thing that will really work for the franchise is a return to basics—it's about the only thing they haven't tried for longer than a one-shot or special here and there—and I suppose by shifting the focus from Captain Marvel to Mary Marvel is a way that it can be both back-to-basics and somewhat fresh and new simultaneously.
It will all depend on the execution, though. I'm not familiar with the work of Josie Campbell enough to hazard a guess as to how she'll do on this (her name's not "Mark Waid" or "Grant Morrison", the two names of writers I would be most comfortable with on a Marvel Family title), but artist Evan "Doc" Shaner is one of the best artists one could hope to find attached to such a project.
I'm not crazy about the costume redesign there, but it's better than the last thing Mary was wearing, I guess. Those costumes are hard to redesign, because they're so perfect as is, it's liking fussing around with Superman or The Flash's costume; any little difference looks like unwelcome tinkering  pushing them to look off-model, like Elseworlds versions of themselves or something.
I'm big enough a Marvel fan that I'll want to try this out in trade though. Best of luck to all involved! I have high hopes, and I'd rather them not be dashed! 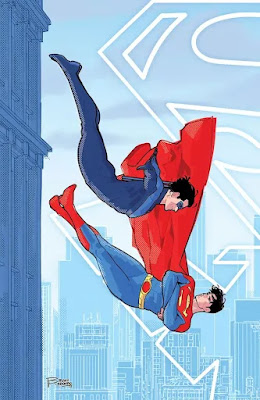 Their symbols in the background may be a bit too much, obscuring a nice idea for a cover well-executed, but otherwise, this is a pretty great cover by Bruno Redondo on Nightwing #89. I'll catch up on that series eventually, I swear.
Posted by Caleb at 12:57 PM