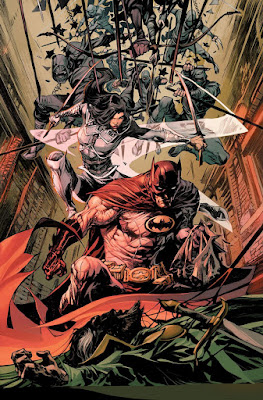 The solicitation copy for Batman #122 says that Ra's al Ghul is dead and Talia is out for revenge and...DC already did a big story where Ra's al Ghul died and his daughters took over his empire, didn't they? Death and the Maidens in 2004? That was, granted, almost 20 years ago now, which leads to a question that I find myself asking more than once while reading through this month's solicitations. Is DC running out of good story ideas, and finding itself forced to recycle old plots, or  have I just been reading DC super-comics for far too long now, and the problem lies with me?
I mean, I'm fairly certain this "Shadow War" storyline by Joshua Williams will differ greatly from Death and The Maidens in terms of its details, and, who knows, perhaps justify the repeat of a plot point, but, at first blush it certainly has a heavy cloud of uninspired repetition about it, doesn't it?

Howard Porter provides both the cover and the interiors for this issue, by the way. I've always really liked Porter's work, and it will be interesting to see it applied to the more "realistic" milieu of a Batman comic after so many years of seeing him draw Justice League, Flash and big crossover comics. 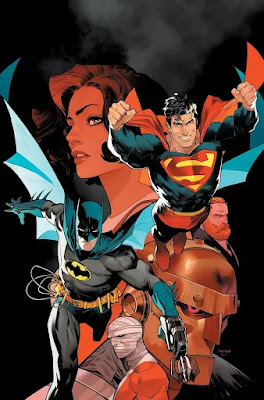 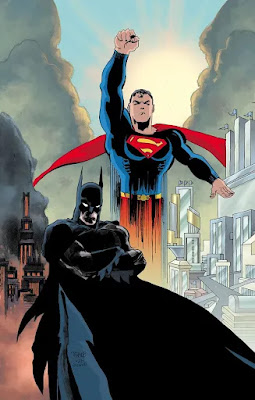 I'm not sure which Batman/Superman: World's Finest #2 cover I like best. The Dan Mora cover, because it promises The Doom Patrol, or the Tim Sale one, because Tim Sale. 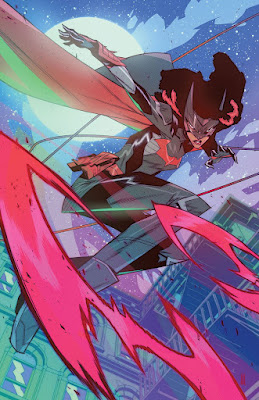 Earth-Prime #1, the first issue of a new series starring the various DC TV heroes, is very much not for me, but I do really love the energy of this Kim Jacinto cover for the issue. Jacinto also provides covers or variants for Earth-Prime #2 (featuring Superman and Lois), Batman: Urban Legends #14 and Monkey Prince #3. 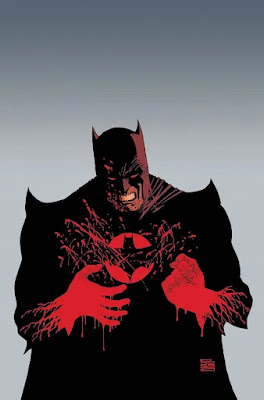 I would be hard-pressed to think of a possible DC Comics that I would be less interested in reading than a revisiting of Flashpoint, but, well, here comes Flashpoint Beyond #0. It's being written by Geoff Johns, who I could have sworn the Internet canceled for some reason but maybe not, and drawn by Eduardo Risso, who is a genuinely great artist. I kinda wish Risso had drawn the whole original Flashpoint miniseries, rather than just the Batman tie-in. 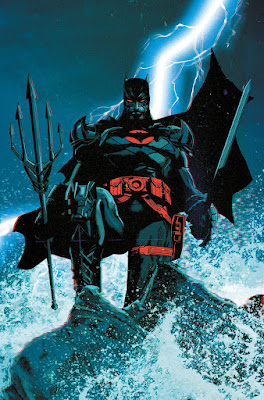 Oops. Spoke too soon. Risso is just drawing the #0 issue, as DC is also soliciting Flashpoint Beyond #1, with artist Xermanico attached. Johns is just co-writing this one, too, with Jeremy Adams and Tim Sheridan joining him as co-writers. The solicitation copy notes that Batman is headed to Europe, where he will encounter "mad king" Aquaman. No word on the Canterbury Cricket. 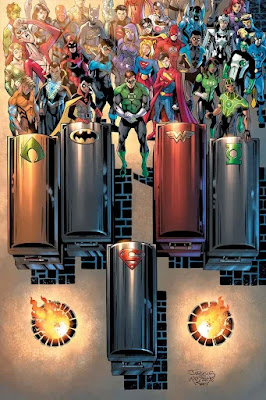 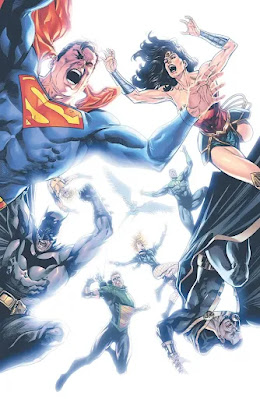 Justice League #75 by Joshua Williamson and Rafa Sandoval features the literal death of the Justice League, with only one of them apparently surviving the issue to warn the other heroes about the "Dark Army" that killed the World's Greatest Superheroes. Was Brian Michael Bendis' run really so bad that DC had nowhere to go but kill all the characters, cancel the book and hope to start anew some other day?
I'm seriously not sure what to think about this. For starters, I'm not sure which heroes are dying; that top cover with the coffins seems to indicate Batman, Aquaman, Superman, Wonder Woman and Green Lantern John Stewart (of whom I think John Stewart is the only one who hasn't died at least once already, but I could be wrong; there's a whole lot of Green Lantern comics I've never read). The other cover seems to also include Green Arrow, Hawkgirl, Black Canary and Black Adam (of those, I think Green Arrow is the only one to have died before?)
I guess the innovation is here they are all dying at once, but, again, we've already seen stories of these characters dying as individuals, so the idea of killing them off en masse doesn't seem too terribly original...or, if I'm being honest, interesting.
It's interesting that none of the other books seem to be playing along, at least, not yet. Batman, Superman and Wonder Woman are all appearing in ongoingn stories in their own books, for example, so I suppose it will be interesting to see if the other titles are interrupted at some point for the surely extremely temporary deaths of the Justice League.
Posted by Caleb at 10:59 AM