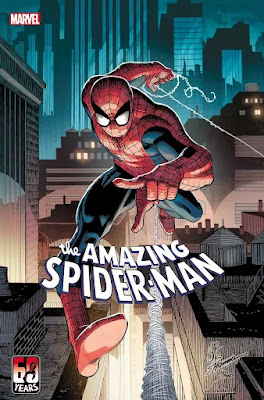 Marvel relaunches Amazing Spider-Man with a new #1 and two issues in April, with old hands Zeb Wells and John Romita Jr. attached...at least for the first issues. The solicit promises this will be "the biggest year for Spider-Man EVER!" and, well, I guess we'll have to wait and see, but I'm rather dubious. I like both creators okay, but neither signal big, fresh, exciting new era, you know? I'm kinda surprised the previous status quo, with a stable of writers working as a team, has ended already...if, indeed, it has. 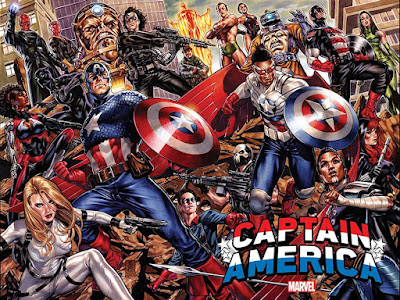 The writing team of Tochi Onyebuchi, Collin Kelly and Jackson Lanzing and artist Mattia De Iulis collaborate on Captain America #0, which, as announced previously with some fanfare, will feature the return of Sam Wilson as Captain America, this time serving alongside Steve Rogers. So we'll have two Captain Americas.

I don't envy the writers having to come up with a plausible, in-story justification for this state of affairs, given that the obvious real reason for it is that Wilson is the Marvel Cinematic Universe's current Cap, even if the Marvel Comics Universe's Wilson relinquished that role some years ago, and taking it up again now is going to seem...counterintuitive, to say the least. 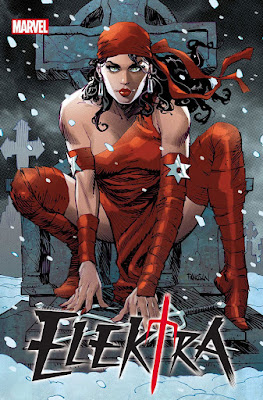 Elektra #100 is labeled a one-shot. I...either I don't know how numbers work, or Marvel doesn't. I'm no longer sure, to be honest. 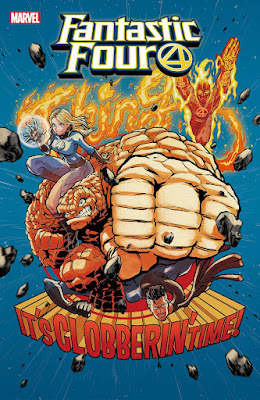 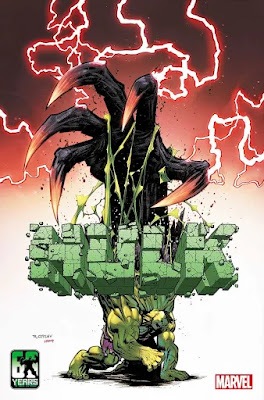 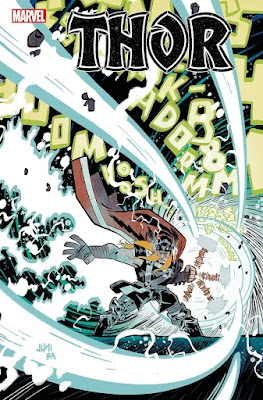 I like everything about Juni Ba's variant cover for Thor #24. 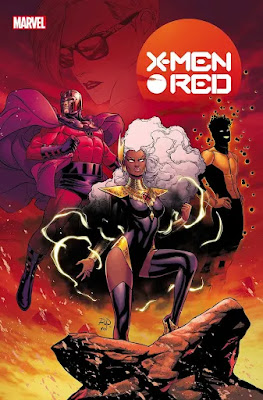 Um, whoever designed the title for X-Men Red might want to take another pass at it, as it appears to say "X-Men Oreo" or "X-Men Ored," depending on how hungry I am when I look at it.
Posted by Caleb at 1:35 PM