What I don't get is why are you devoting yourself to stuff like this, and continuing to ignore the inter-company crossover that's been begging to be made for over 20 years now: 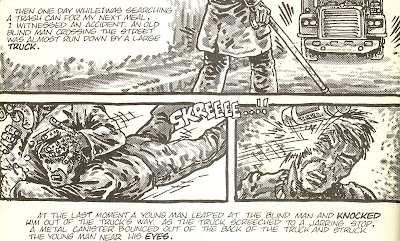 Without doing any research at all, I think it's safe to say that the Teenage Mutant Ninja Turtles are a more successful property, in terms of generating dollars, than any that Marvel owns, excepting maybe Spider-Man. In terms of name recognition and all-around Q-rating, the X-Men and Spidey are probably the only properties you own that rival the much, much younger Turtles characters.

I would think that you’d be champing and/or chomping at the bit to do a crossover between one of your properties and the turtles, and that you would have wanted it in comic shop shelves this month, when the movie dropped and the mediascape was temporarily inundated with free advertising for such an endeavor.

And from a storytelling point of view, it's just so damn easy. Easier than JLA/Avengers, and certainly far, far easier than this Spidey/Red Sonja business or New Avengers/Transformers (Which I’m still trying to get my head around, honestly), and, yes, even easier than every single one of the DC/Marvel crossovers of the '90s (By the way, who greenlighted those damn things? I absolutely loathed every single one of them I read).

Now, you guys have missed the opportune time to realease such a crossover, but don’t worry. I think a sequel to this weekends TMNT movie is pretty much guaranteed, so try to get your Daredevil/Teenage Mutant Ninja Turtles book ready by then, huh?

And let’s do it right, while we’re at it, huh? These things are supposed to be historic because, honestly, how often do the turtles get to hang out with Daredevil? So let’s approach this as if it were that Daredevil/Batman project Brian Michael Bendis was whining about at a convention a few weeks ago.

Let’s get your top Daredevil writers involved; either BMB or Ed Brubaker, maybe working in conjunction with Peter Laird, who’s been writing the latest volume of turtles comics at Mirage. (And if Bendis and Bru are too busy, put Dan Slott or Jeff Parker on it, because they are both very, very, very, very good writers).

As for pencil art, it would pretty much have to be John Romita Jr.* Not only is he your best guy, but he’s also the highest profile Daredevil artist who’s still able to do monthly comics and whom we know has the chops to draw massive ninja battles.

For inks, you could get either Laird himself or long-time Mirage ink-slinger Eric Talbot.

So you’ll want to get Laird, Talbot, Jim Lawson, Michael Zulli, Michael Dooney, Rick Veitch, Michael Lark, Alex Maleev, David Mack, Tim Sale and Bendis himself to all draw something. Joe Quesada is a busy man, as is Frank Miller (who may consider himself above such a thing, anyway), and Kevin Eastman has distanced himself from his creations, but none of that should let them off the hook completely—you’ll just have to settle for covers from them.

Did I say covers, plural? Yes. Because one of the problems with crossovers like Batman/Spider-Man is that there’s just not enough to them. Joker and Carnage team-up and Batman and Spider-Man team-up to stop ‘em…okay, that’s an issue of The Brave and the Bold or Marvel Team-Up, it’s not a world-shaking tale involving two huge characters who have never met before and may never meet again, dig?

So this project should be a sizable one, big enough to get everything anyone would ever want to see in a Daredevil/Ninja Turtles crossover into. Maybe a six-issue long series, but, better yet, a twelve-issue series. You’ve got a lot of ground to cover.

You’ve got to invent this back story about an ancient ninja clan that, long ago, diverged into masters of two different but related fighting styles, and, as the generations passed, became deadly rivals—The Hand and The Foot.

You’ve got to explain how Stick gave his friend Yoshi a pet rat as a gift, and how Yoshi named him “Splinter” after him.

You’ve got to have a war between the Hand and the Foot in NYC, with DD and the TMNT caught in the middle.

You have to have the Hand use their resurrecting magic to bring the Shredder back to life (after his death in TMNT #1), to serve them as their ultimate weapon against the Foot.

You have to have Elektra and Raphael in a sai fight.

You need to work in as many DD villains as you can, particularly the Hand, the Kingpin, Bullseye and Elektra, but why stop there? Why not throw The Punisher, the Purple Man, the Owl and, hell, Stilt-Man in there too.

You need to have Casey Jones beat up D-Man, and Daredevil beat up Casey. You need an offhand reference to Radical on the Avengers. And then, of course, you need to deal with the fact that the same accident involving the same canister created both Daredevil and the turtles.

Thanks for taking the time to read this. Now get to work on it.


*Did I mention that I read John Romita Jr. 30th Anniversary Special? Because I did.
Posted by Caleb at 6:31 PM

Labels: correspondence, daredevil, in which I tell talented famous people what they should do, tmnt

I was actually very surprised to hear that one of the big two (particularly Marvel) hadn't already put this into motion.

Man this would be my ultimate dream cross over.

The scenario/ plot you outlined for the cross over sounds awesome.

It would be so bad as if the Foot and the Hand were waring clans.

I can see Horn head taking on a clan of Foot soldiers with the Turtles observing - wondering who he is - then as the numbers pick up Leo calls something like:

"Time to even up the odds"

Then they jump in to join the fight.