The Key to King City's Awesomeness 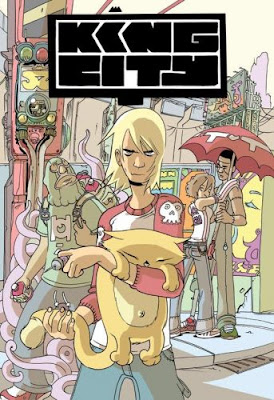 Anyone who read Brandon Graham's Escalator had plenty of reason to expect all sorts of awesomeness from the artist's long-form adventure story, King City. If Escalator proved anything, it was that this Brandon Graham character sure could draw, excelling especially at designing and rendering cool clothes, beautiful girls and fun, urban environments.

And while both of these facts end up being factors in the book's ultimate awesomeness, they are just factors, not the whole cause themselves.

Tokyopop labels King City as "sci-fi," I guess because it takes place in what seems like an alterante reality, and involves such things as a yeti, a zombie war and that cat that can turn into just about anything. But it's hardly sci-fi, in fact, there's not really any science to it at all. It's more of a fantasty, and by "fantasy" I don't mean of the, "Hey, all these elves have swords!" variety, but of the fantastic-story-set-in-a-fantastic-place-you'd-kinda-like-to-visit sort.

Joe is a King City spy and cat master, so named because he has trained in how to use that cat I keep metnioning. When we meet him, he's pulling off a strange job, and we follow him as he's stalked by a powerful and mysterious foe, is tipped off by a woman with a distractingly great butt, moons over his ex-girlfriend (who is currently in a doomed relationship with a veteran of the Korean zombie wars), eats breakfast with his fellow spy friend and stakes out a bizarre cannibal hangout. In synopsis, that all sounds awesome too, but, again, it's only a factor of the awesomeness, not the root cause of the awesomeness.

As for that root cause, it's fairly simple—Graham is as much a designer as he is a storyteller, and everything he draws in this book is creatively conceived of, thought out, and drawn into 2D reality. And by "everything" I do, in fact, mean everything. Everything! 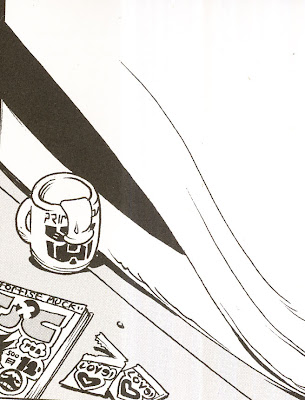 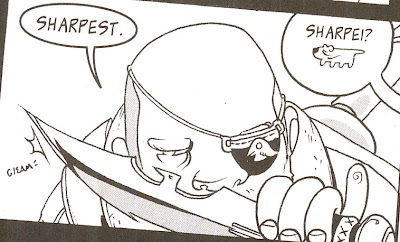 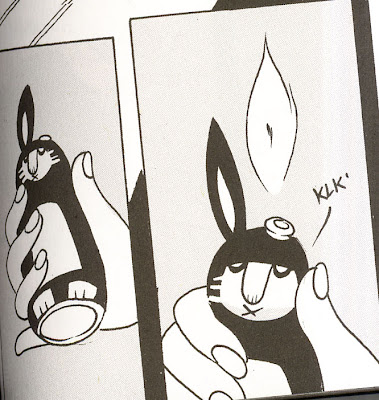 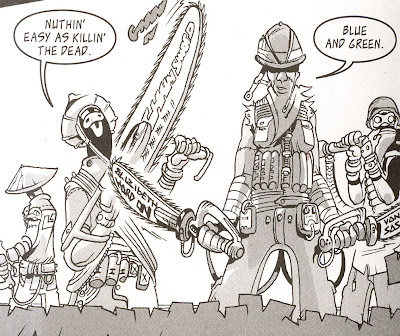 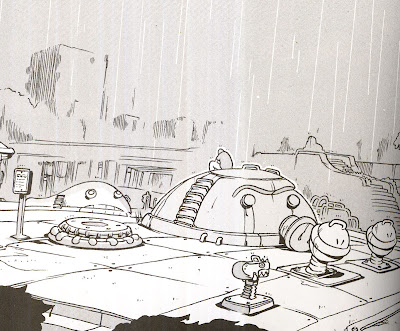 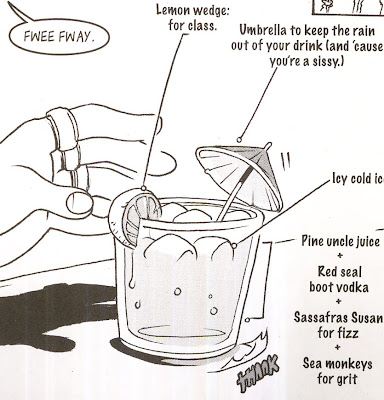 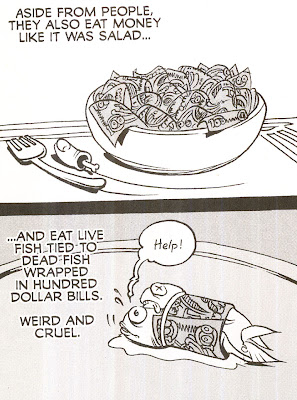 
And that is why King City is so awesome.
Posted by Caleb at 5:11 PM