DC's May 2014 in dismemberments 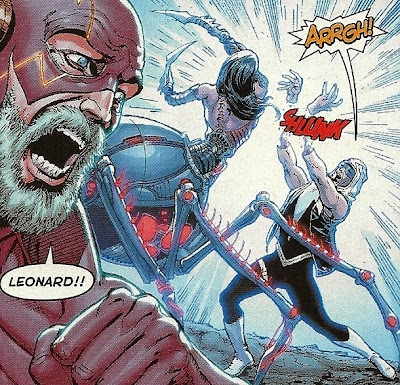 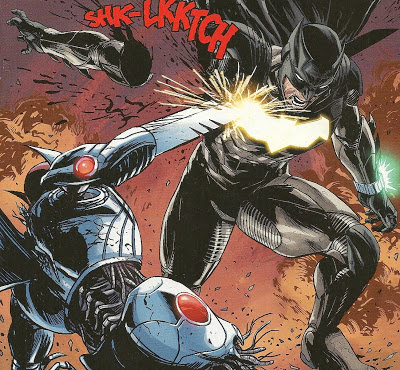 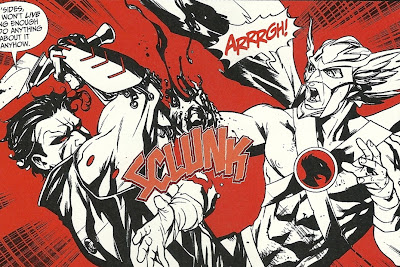 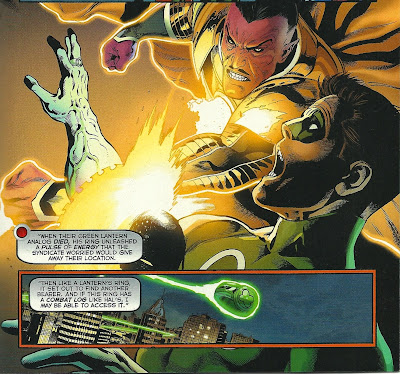 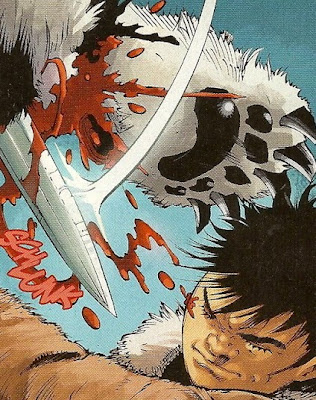 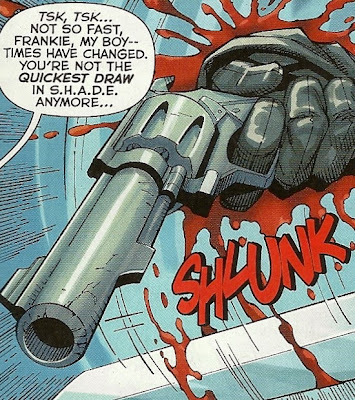 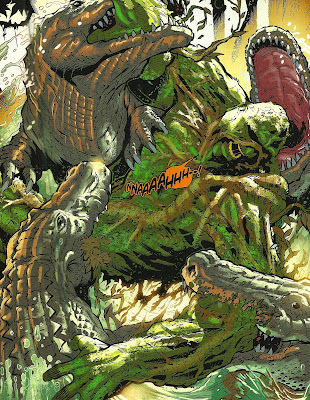 Is it weird that I somehow thought there would be more?

When I was a kid, my play time stories were full of dismemberment. I wasn't deranged-- my cheap knock-off action figures were constantly breaking off thumbs and limbs, or got chewed on my animals. It was a practical concern that had to be addressed in the narrative. Now, toward the end of my time for it to be reasonable to play with toys, I did get involved in more burning/intentional scarification. Usually, I was just amplifying past amputees with nail arms and such, and where there's a nail arm, there's going to be stabbing. Again, there was some practical motivation, and I can plead early adolescent emotional turmoil.

I think the logic behind this is obvious. DC wants us to be worried about the characters. But they know that they've trained us disregard comic book death, since we know the character will come back.

The solution? Make us worried that the character will be in pain and temporarily disabled instead. And dismemberment is one of the best ways to do this in a visual medium.

And it works. That's the most I've been worried about Hawkman in a long time.

I get it now! DC Comics doesn't stand for Detective Comics Comics. It's Dismembered Characters Comics.

Caleb, if I ever ask you to do only one thing, it is to please, PLEASE make this a regular monthly feature!

I second David. This was awesome.

I think the logic behind this is obvious. DC wants us to be worried about the characters....That's the most I've been worried about Hawkman in a long time.

I've heard that reasoning before. (Maybe from you in a comment here?) And it certainly sounds logical. However, in all of the above cases, the limb-chopping was either followed directly by the character's death (Captain Cold, Batman, Power Ring, that polar bear) or it was someone who immediately healed/suffered no real damage (Frankenstein just sewed his hand on, Swamp Thing just regrew his arms).

And worry not for Hawkman! Apparently, Nth metal now gives him limb-regenerating powers, as he's got a Wolverine healing-like factor now that allowed him to regrow his arm and keep fighting Lobo in this week's issue!

I've always found it ironic that Geoff Johns put Aquaman's arm back on, given that was a rare example of a permanent-ish maiming in the DCU...

I actually thought about it, because I wasn't sure if May had more arms being chopped up than the average month, or I just happened to notice it more (a lot of those instances are from FUTURES END, which, being set in the future, allows for more death and dismemberment than usual...and it's weekly!)

Keep dismemberment in comics where it is/was needed like in The Preacher or in dystopian What If.. stories, but just for a short shock in regular issues?
Do i care more about the character because he/she is limbless? Yeah, if done right, like stated before in Aquaman. Otherwise it seems more like a public stunt done by Image Comics in their earlier years.
But if it pushes the sales, the Black Knight in Monty Pythons Holy Grail must be brought into DCs New 52.

Remember when death and dismemberment was actually...shocking? This is getting out of hand, and it has become a cliche.

But yes, a weekly count of who is losing what, would be delightful.

I see this as lazy storytelling. Can't DC's writers find other ways to show how their characters can be vulnerable? In other words, find what a character values, and strike at that. And not necessarily loved ones, but ideas, values, reputation, motivation, something. DC's storytelling method of lopping off limbs to show a hero's "weakness" is as subtle as chainsaw art.