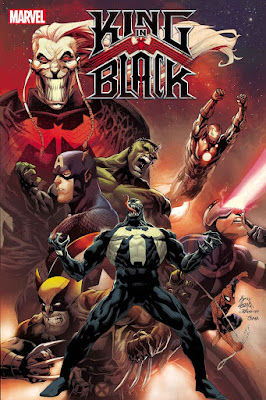 Marvel's December brings a quite sizable event series, spinning out of writer Donny Cates' previous Venom stories: "The King In Black," which will bring an evil god of symbiotes and his army of symbiote-possessed dragons to Earth, presumably for the purposes of conquering it. While the specificity of the character and his origins in a previous Spider-Man and Venom-related event (Absolute Carnage) might not make this sound like an all-books-on-deck sort of crossover, it's pretty darn close to a line-wide event.

There are 14 participating books, ranging in costs from $3.99 to $7.99, so just this single month's worth of tie-ins will cost a completist over $60, although obviously a reader can and probably should pick and choose; like, do you really need the $7.99 Knull: Marvel Tales, featuring reprints of the so-called King In Black's earlier appearances, or the $4.99 King In Black Handbook, full of profiles of various characters playing a part?

Did I miss any? That may seem like a lot, but it's not every Marvel comic shipping in December. No, there are plenty more. Let's take a look at some noteworthy ones, shall we...? 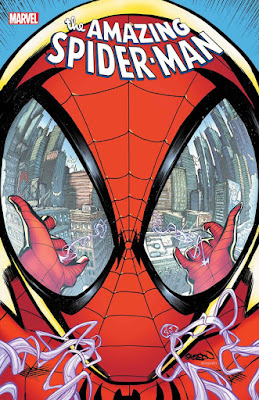 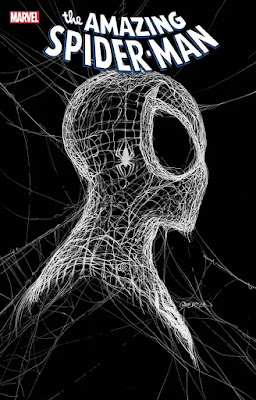 And here's an even cooler Amazing Spider-Man cover by Patrick Gleason. 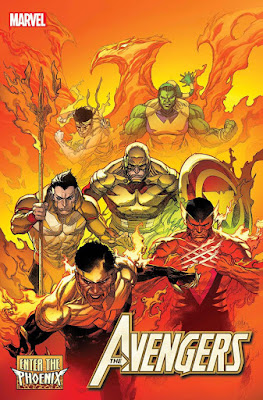 The infamous firebird of cosmic destruction and rebirth known as the Phoenix Force has returned to Earth to find a new avatar. So now the Avengers and some of the most powerful heroes and villains in the Marvel Universe are being called into a competition unlike anything they’ve ever seen. A globe-spanning battle that will transform them all and ultimately decide...who will be the all-new Phoenix.

I kind of like how dumb the various Phonex-ized Marvel heroes shown on this cover look, overall. Like, their redesigns all sort of hit that charming sweet spot between dumb and cool that good superhero comics sometimes find.

That’s supposed to be Black Panther in the lower left corner, right? With the claws? I kinda wish his design was far more birdy, since his standard design is so cat-like. Like, it would be cool if his cat-mask was a bird-mask here. If that is T’Challa, of course.

I stopped buying the trades of this series, as they were always appearing in the library before I could find them in comic shops or order them for purchase, but I’ve continued to enjoy the series. 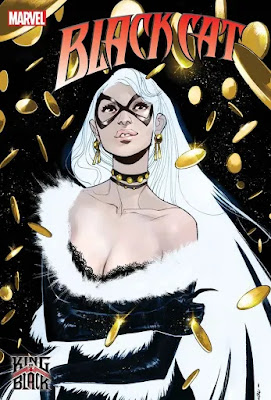 THE CAT IN BLACK IS BACK!

Feeling lucky? Knull’s attack on Earth interrupts the Black Cat’s latest heist, and if you know Felicia, you know that’s a problem. So the Cat and her crew aim to steal something of greatest value to both Knull and Earth’s hope of survival. YOu’ll have to pick up this issue to find out what! This issue guest-stars the X-Men! Captain America! And Doctor Strange! DO NOT MISS IT!!!

There are seven solicited variant covers (that's the Sara Pichelli variant above, which is my favorite of the ones released so far), which seems quite modest compared to the 40 variants the last Black Cat #1 had. 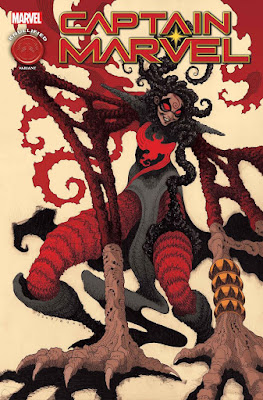 Among the variant cover themes this month are "Knullified" variants. I'm....not entirely clear on what it means to be "Knullified," but apparently it means to be made a bit more monstrous, and to maybe resemble Knull, The King In Black more closely...? Anyway, Tradd Moore's cover for Captain Marvel #24, featuring a Knullified Ms. Marvel, is appropriately horrifying and also kinda cool. 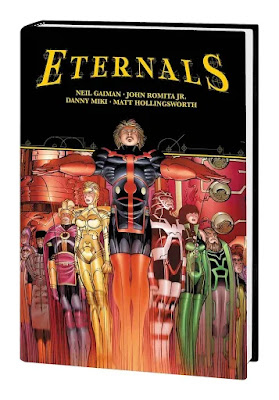 In 1976 Jack Kirby created The Eternals - an ahead-of-its-time exploration of Kirby’s ceaseless curiosity about man’s origins and mythology. Decades later, superstar creators Neil Gaiman and John Romita Jr. have boldly and lovingly recreated The Eternals, crafting a fresh and crackling yarn full of mystery, suspense and majestic power! Against the backdrop of a superhuman Civil War, the Eternals are awakening one by one from a strange waking dream - suddenly coming to terms with the fact that they are far more than the normal people they have thought themselves to be. But there is little time to commiserate about such things, because a life-and-death struggle looms - one that will span both time and space! Experience the wonder as the Eternals are re-established as a vital part of the Marvel Universe! Collecting ETERNALS (2006) #1-7.

The cover for this particular collection of Eternals by Neil Gaiman and John Romita Jr is a good one billion times better than that of a previous, 2007 edition, which I wrote about at some length here.

It was strange reading the above solicitation copy in 2020, though, as it sounds mostly unfamiliar. I don’t remember Civil War having much to do with it, nor do I recall it re-establishing the Eternals as “a vital part of the Marvel Universe.” I mean, I’m not nearly as in touch with the Marvel Universe now as I was even in 2000 or 2007, but if I counted all of the times I had seen any of Eternals interacting with Spider-Man or The Avengers or Doctor Strange since 2006, I doubt I’d use every finger on my hand. 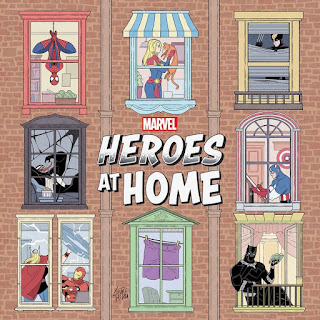 I know virtually nothing about this 80-page, $9.99 one-shot, aside from the fact that it is written by Zeb Wells, it's drawn by Gurihiru and it's appropriate for children. That's enough for me; heck, just the knowledge that it will feature Gurihiru drawing a swathe of the Marvel Universe is enough to be of interest.

Can you imagine actually living in the apartment building pictured on the cover? It seems like it would be a nightmare. I mean, even if you discounted the fact that aliens and supervillains would constantly be attacking, I wouldn't want to share a wall with any of these people. Maybe Captain America or T'Challa. But that's it. I bet the others are all noisy as hell. Imagine trying to sleep, and all you can hear is "SNIKT" and "Bub" over and over from the place next door, which smells of cheap, Canadian beer and dried ninja blood. Or living under Venom, and finding wet spots of green drool on your ceiling. No thank you. 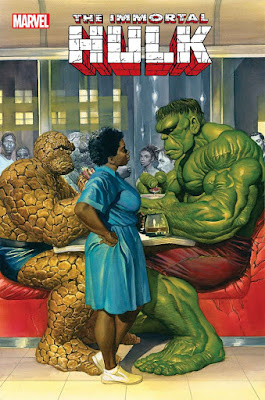 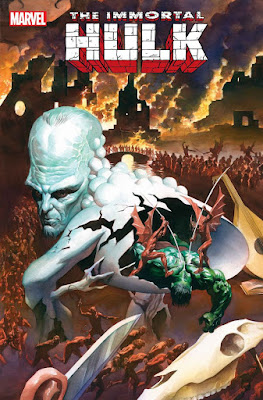 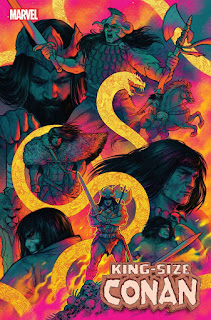 King-Size Conan #1, 64-page, $6.99 one-shot celebrating Conan's 50th anniversary as a comic book character, will have work from lots of notably creators in it, but I'm most exciting about a new Conan story both written and drawn by Kevin Eastman, a noted Conan (and Barry Windsor-Smith) fan. It will be both Eastman's first interior comics work for Marvel and his first Conan story (unless you count 1986's Cerebus-guest-starring Teenage Mutant Ninja Turtles #8, which was set in a place much like the Hyborian Age, and which Eastman snuck a Conan cameo into near the climax).
Now that Marvel and Eastman have a working relationship, how about they call up Peter Laird  and IDW and get to work on a Daredevil/Teenage Mutant Ninja Turtles crossover, huh? 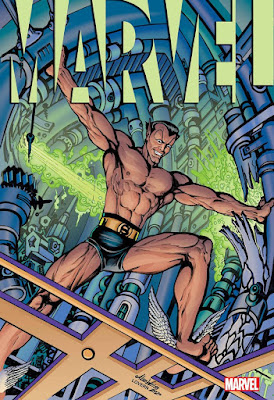 I love this Marvel #3 cover by Alan Weiss. That is all. 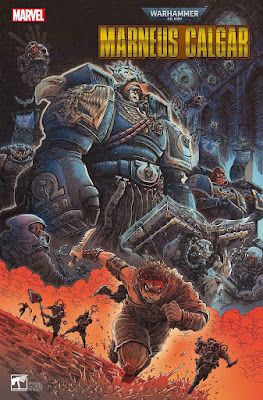 Here's James Stokoe's cover for Warhammer 40,000: Marneus Calgar #3. So this December, both DC and Marvel will be publishing work from Stokoe. But DC wins, as they are publishing interior work, and not just a single cover.
Posted by Caleb at 11:33 AM