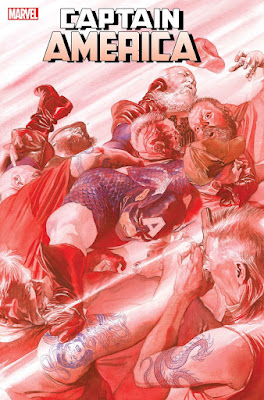 Wait, did Ta-Nehisi Coates and Leonard Kirk have the foresight to make Captain America #29 about Cap putting down the insurrection at the Capitol a few weeks ago, or is this some other group of armed white guys giving beards a bad name...? 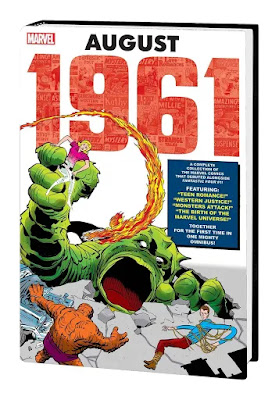 Well this is interesting. Marvel: August 1961 Ominbus is a $150, 520-page hardcover collection of every comic Marvel had on the stands the month that Fantastic Four #1 was released, which was essentially the big bang event of the creation of the Marvel Universe. The full list of titles—Kathy, Patsy Walker, Life With Millie, Teen-age Romance, The Rawhide Kid, Kid Colt, etc—indicate just how unusual a superhero title would have been for the publisher, a fact Stan Lee and Jack Kirby were well aware of, which is why, Human Torch aside, the cover of Fantastic Four #1 looks like it has more in common with the monster comics and weird adventure stories of Journey Into Mystery and Amazing Adventures and the like than a mid-century, tights-and-capes comics like those DC was publishing.

This is probably a pretty fascinating read, and it would be a blast to compare and contrast the first FF stories images and language with the rest of the line. It would also be interesting to note how many of the characters from those other comics would eventually be subsumed into the Marvel Universe.
A theoretical rich Caleb from Earth-$ would be all about this 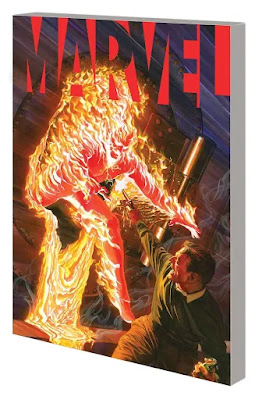 So what was the consensus on Alex Ross and company's  confusingly generically entitled Marvel series, which is being collected and solicited as Marvel Treasury Edition? Is it definitely worth a read? Is it worth a purchase and a read? I like a lot of the names on the list of creators involved, although I'm not crazy about the size of the book, which might cause problems on my bookshelf... 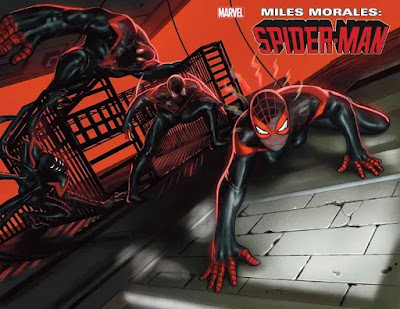 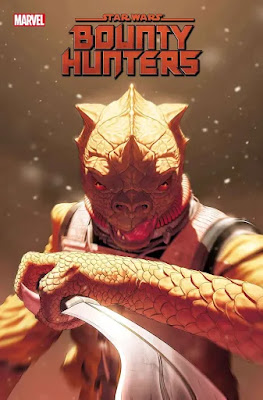 That's a pretty scary-looking Bossk on the cover of Star Wars: Bounty Hunters #11, although I think he might be slightly scarier without the knife. Like, maybe it's just me, but if I were about to be killed by Bossk, I'd prefer he use a blade on me than, like, tear me apart with his bear claws... 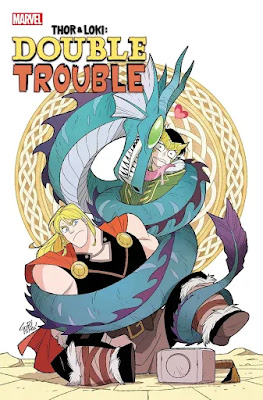 I would just like to once again reiterate my excitement for Mariko Tamkai and Gurihiru's upcoming miniseries Thor & Loki: Double Trouble, which will publish its second issue in April.

Though not by Gurihiru, the variant cover is pretty charming too: 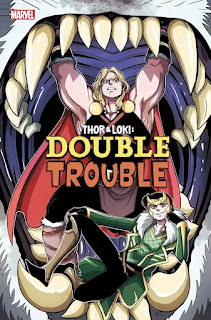 It's by Luciano Vecchio, and it seems to capture the characters' personalities quite well. 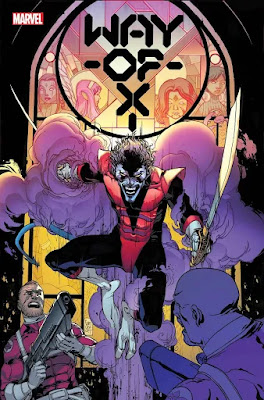 Oh thank God! Marvel is publishing Way of X #1, by writer Si Spurrier and artist Bob Quinn, and not a moment too soon, as otherwise there would only be nine X-Men comics on sale this month. 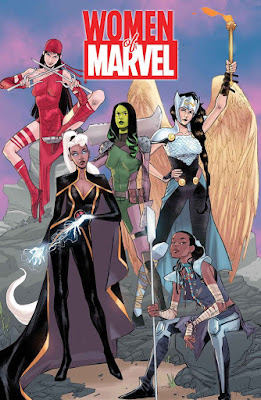 Women of Marvel #1 seems to be the production of all-female creative teams, unless there's a few dudes snuck into the "and more!" credited with the solicit. Aside from the people behind the scenes, it looks like all of the people on the page will be ladies too, as She-Hulk, Peggy Carter and Marrow are all mentioned, along with some more vague hints, like "Video game-and-comics writer Anne Tool makes her Marvel debut in a blaze of glory!" (a western, maybe?) and "Natasha Alterici of Heathen fame charges sword-first into the Marvel Universe!" (I got nothing, but Gamora has a sword on the cover of the book).

I'll be sure to let you know which characters ultimately appear in this $5.99, 56-page one-shot, as the aforementioned Marrow story will be the work of one Sophie Campbell, and I'll buy anything anyone publishes by Campbell.

The wording of the solicitation copy begins with the words "WHO RUN THE WORLD? YOU ALREADY KNOW," which is weird because I do know who runs the world, according to Marvel Entertainment... 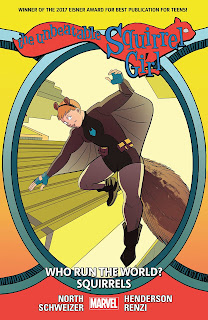 ...and they don't seem to be at all represented in this particular one-shot.
Posted by Caleb at 12:40 PM

Re: MARVEL.I only have #2 and #3. Drawn in by the covers, with #3 having Power Man and Iron Fist and a nice nighttime cityscape. But. No story in the issue. So I guess the covers themselves count as a single story.