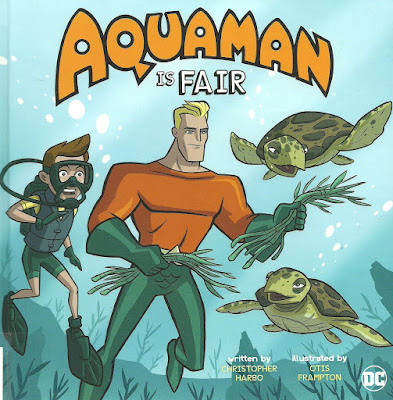 Aquaman Is Fair (Picture Window Books; 2018) is a book by writer Christopher Harbo and artist Otis Frampton about Aquaman, and the many ways in which he is fair. Would you like to learn some of the ways in which Aquaman is fair...? 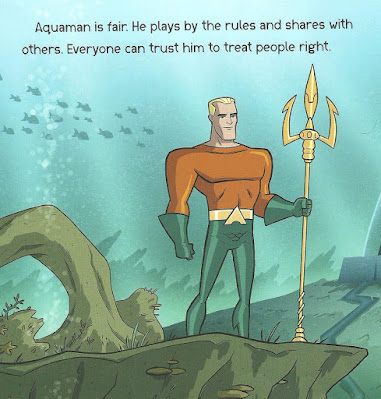 Aquaman went to the barber and said "Give me 'The Namor,' please." 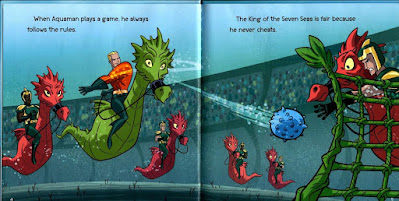 Aquaman is king, playing this sport—I'm going to say underwater polo?—with his subjects, so, given the power imbalance, I question if it's even possible for them to play this game fairly. 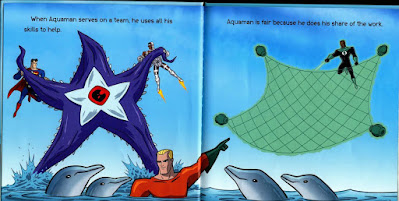 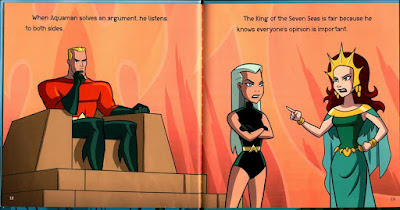 Forget fair, Aquaman is downright courageous if he plans on mediating an argument between his wife and his lover. 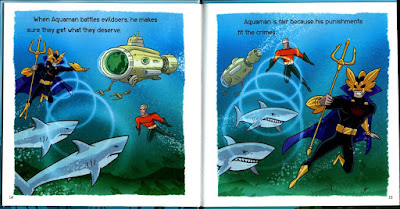 Being fair, we aren't sure Ocean Master will be eaten alive. Aquaman might just make the sharks bite his head off first.