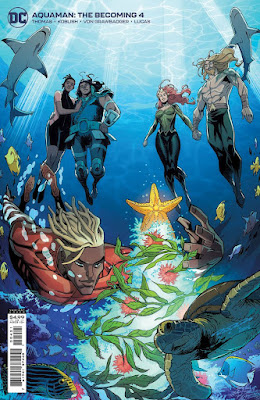 I like this holiday-themed cover for Aquaman: The Becoming #4, by Khary Randolph. 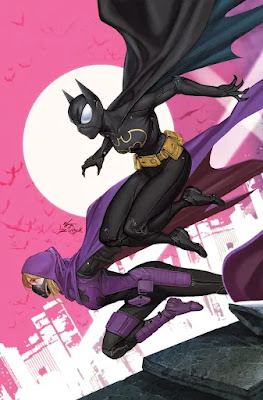 In the wake of DC's announcement of a new Batgirls series, by writers Becky Cloonan and Michael Conrad and artist Jorge Corona, I'm trying to remember the first time that the idea of a book focused on Spoiler Stephanie Brown and Batgirl Cassandra Cain under the mentorship of Oracle Barbara Gordon first occurred to me. I'm going to guess it was somewhere around 2001 or so...? Whenever it was that Cass agreed to help train Spoiler a bit, that great scene where Spoiler sneaks up on Cass while she's training in her batcave, Cass almost caves her head in by accident, stopping herself at the last moment, and then throws up...?
Of course, at the time, the Cassandra Cain volume of Batgirl was still going strong, so a Batgirls series wouldn't have made a whole lot of sense, but certainly any time after that book was cancelled in 2006, or during the time in which the Stephanie Brown-starring volume of Batgirl was winding down it seemed like a pretty obvious direction to go with the characters.
Basically some 20 years ago DC had Oracle established as the leader and mentor of a team of female crimefighters and vigilantes in general and as Cass' mentor in particular, then established that Spoiler and Cass were friends (and Steph had nothing much to do when not guest-starring in Robin) and...nothing. DC did a series of Batgirl in which Barbara mentored Cassandra as Batgirl, and then, a few years later, a series of Batgirl in which Barbara mentored Stephanie as Batgirl.
The idea of this series has thus been just sort of hanging in the air forever, with DC instead pursuing a series of dumb-ass uses of the characters instead of the most obvious one, including, for example, Cassandra Cain's nonsensical heel turn, the torture and temporary death of Stephanie, Barbara Gordon's drastic de-aging, recovery of the use of her legs and resumption of the Batgirl mantle,  the rebooting of Cassandra Cain's origin story and the awarding of her new, terrible superhero name and costume and oh God there was so much dumb shit done with these ladies over the years...!
Anyway, DC finally did the right—and fucking obvious—thing and put the three Batgirls in the same title. I hope it's good.

I'm not crazy about the logo (seen on the cover for the second issue, above), but that may be because of how fond I was of the logo that adorned the cover of the Cassandra Cain volume of Batgirl.
I'm also not terribly fond of Spoiler's New 52 look, with the ninja-like face mask, preferring her more Spider-Man-esque full-face mask, which also, incidentally, kind of echoes Cass' mask nicely. 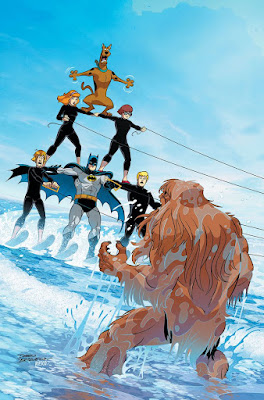 I like this Dario Brizuela cover for Batman & Scooby-Doo Mysteries #10 because it tells you all you need to know about the comic: It's got Batman, it's got Scooby-Doo and the gang and it looks completely insane. What else could you want from a comic book...? 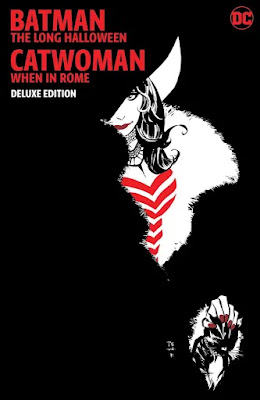 Jeph Loeb and Tim Sale's 2004 Catwoman: When In Rome miniseries is apparently being rebranded for  Batman: The Long Halloween: Catwoman When In Rome The Deluxe Edition, I suppose because it wasn't clear enough to potential readers that the series is by the same creative team—and set in the same continuity as—The Long Halloween and Dark Victory...? It sure is a mouthful to say. 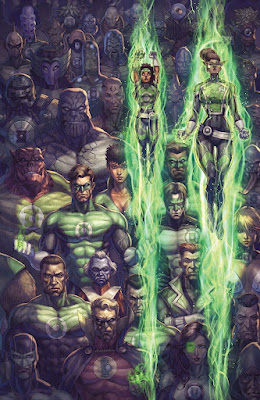 Wow, Kyle looks weird with his eyeballs visible through his mask like that, rather than the usual white, opaque eyes he's drawn with. That's Alan Quah's variant cover for Green Lantern #9, I think. 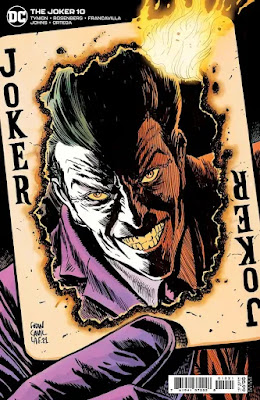 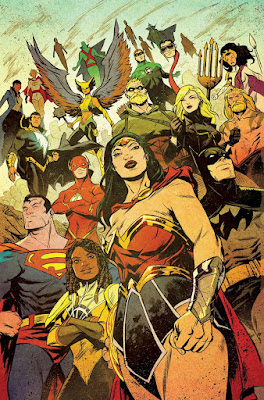 Artist Sanford Green joins writer Brian Michael Bendis for Justice League 2021 Annual #1, which is pretty great news. Green's a great talent, and I look forward to seeing what he does with these characters. I'm not sure what the issue will be about, exactly—the solicit promises the return of Jack Kirby's OMAC—but it looks like there are more heroes than usual in the book. Like Plastic Man, for example.
Speaking of those more heroes, who the heck is that supposed to be behind Plas' head? It looks too specific a design to just be a generic superhero shape, like some of the others hovering in the background... 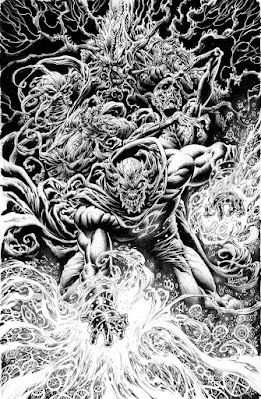 The great Kyle Hotz is apparently one of the artists on Justice League Incarnate #2, which will feature Super-Demon "and his League of Shadows." This is Hotz's variant cover; who do you suppose the guy over the demon's right shoulder is supposed to be, an alternate Earth version of Ragman...? 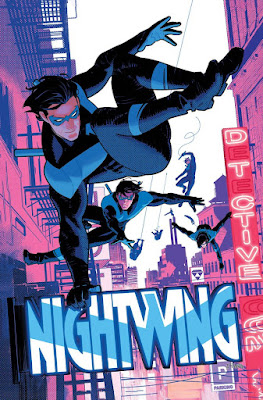 If your Twitter feed looks anything at all like mine, then chances are you've already heard about Nightwing #87: Artist Bruno Redondo and writer Tom Taylor have constructed the issue as a single, continuous image, a feat of comics-making that begs to be seen to be quite understood and believed. This is the first time I've regretted trade-waiting the current creative team's run on the book, and I may end up just buying this single issue to see what it looks like in real life. 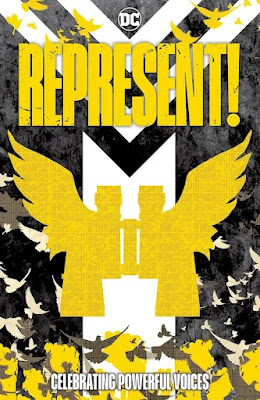 I was honestly just wondering whatever became of artist Keron Grant the other night, and now he appears as one of the dozen or so artists contributing to Represent!, a $25, 168-page book about which I can gather almost nothing from the vague solicitation copy, which promises "Stories of personal experiences, unheard voices, and social revolution."
Remind me to check this one out when it's available. In addition to Grant, it also includes a contribution from Brittney Williams, one of my favorite artists. 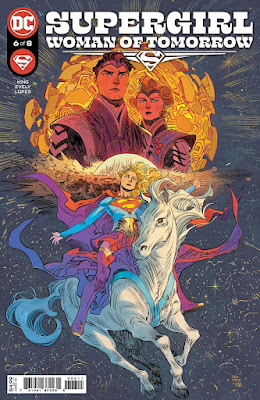 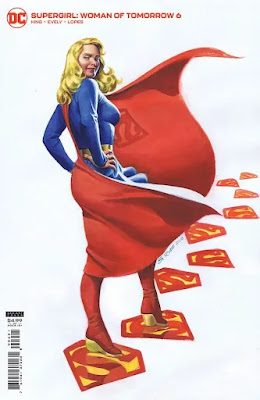 I feel bad for readers of Supergirl: The Woman of Tomorrow #6; imagine having to choose between Bilquis Evely drawing Comet the Superhorse and a Steve Rude cover...
Posted by Caleb at 8:28 AM

Shaggy meets the Shaggy Man. That's a good one.