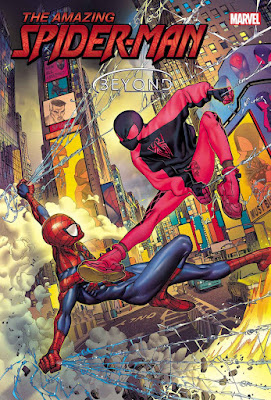 The solicitation for Amazing Spider-Man #81  mentions says "It's new Spider-Man vs. newest Spider-Man!!!" and that "it's up to Ben Reilly to take Miles Morales down." So I take it that is Miles' new costume?
I don't immediately like it, as it seems pretty far from a traditional Spider-Man costume and more like one of those "Spider-sonas" that artists were posting on Twitter around the time Into the Spider-Verse was in theaters.
Oddly, I can "hear" the sounds that costume might make when the person wearing it is moving just by looking at it, which seems...not great for a masked crime-fighting vigilante's costume. 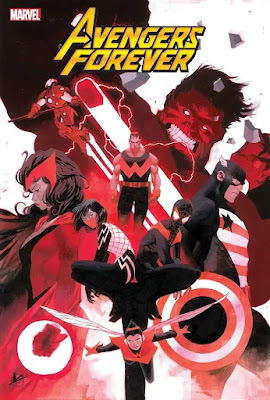 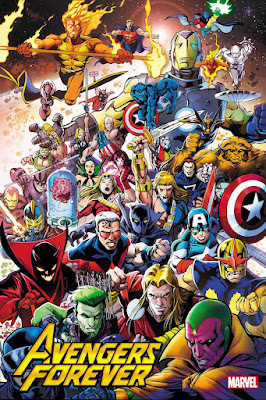 These are two of the overs for Avengers Forever #1 by Jason Aaron and the great Aaron Kuder, a spin-off of Aaron's ongoing Avenges series starring Justice Incarnate, er, I mean, "THE AVENGERS OF THE MULTIVERSE." The team on the first cover looks incredibly well color-coordinated, to the point that black and red look like their team uniform colors, whereas the second cover has a bigger, richer, deeper cast, and looks like a much more mind-blowingly big superhero story.

Of course, that second one looks like the ""HIDDEN GEM VARIANT" by Carlos Pacheco, so I think it's actually an image from the original Avengers Forever series from 1999, which Pacheco drew (and which I never read), and has nothing at all to do with this series... 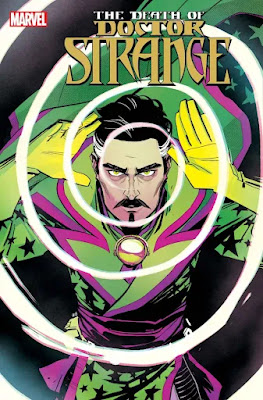 Now that's a costume redesign! As seen on the cover of The Death of Doctor Strange #4, which sure seems to depict an alive Doctor Stephen Strange, doesn't it? 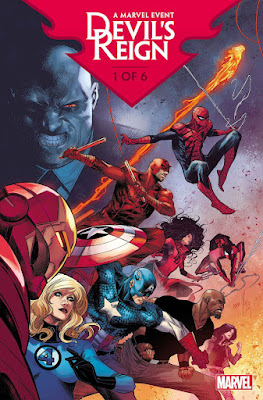 December sees the launch of a six-part event series by writer Chip Zdarsky and artist Marco Checchetto, Devil's Reign. The solicit is...well, here's much of it:

Wilson Fisk went from Kingpin to mayor of the biggest city in America and is going to bring his full criminal and political power to bear on the superheroes who call NYC home. The man who once destroyed Daredevil has set his sights on The Fantastic Four, Iron Man, Captain America, Spider-Man, Jessica Jones, Luke Cage and more. And since it's Fisk, once he takes them all down, you know he's going to sign it.

CROSSBONES! TASKMASTER! TYPHOID MARY! SHOCKER! WHIPLASH! RHINO! KRAVEN! Fisk has an ARMY of supervillains at his command—and this is just his opening salvo. For years, Fisk has waited for his time to strike, and YOU WON'T BELIEVE the aces he's got up his sleeves!

So, let me see if I got this right. The big idea of Devil's Reign is that it's going to be good guys vs. bad guys? Heroes...fighting...super-villains?

I'm not sure if that premise is refreshingly simple compared to some of the more narratively complex and/or nonsensical big event series like some of Brian Michael Bendis' (House of M, Siege, Age of Ultron), or if it's a little too basic. I mean, surely there's going to more to it than Fisk having the bad guys fight the good guys, right? Six issues of everyone fighting? (Also, why is "Shocker" in all-caps up there, like he's a big deal?)

I'm not sure if I'll end up reading this or not. I've been avoiding Zdarsky books since his behavior around his public statements regarding the Cameron Stewart affair last year, which was the very definition of sketchy. He's a pretty good writer, and I've liked everything I've read by him, I think, but I don't know; it's not like there are so few super-comics out there these days that one needs to read comics by people who readers feel uncomfortable supporting, you know? 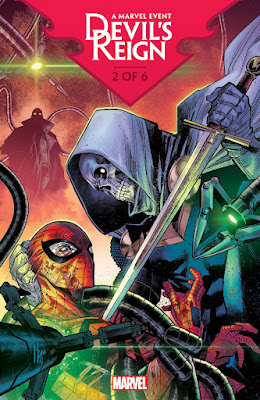 December also brings us Devil's Reign #2, and get this:

Wilson Fisk has set the Marvel Universe on a dangerous path, hoping to remake it in his image. Systemically leveraging the power of his office against the heroes of the Marvel Universe, Fisk takes his most dangerous and craven step yet...The THUNERBOLTS are reporting for duty! 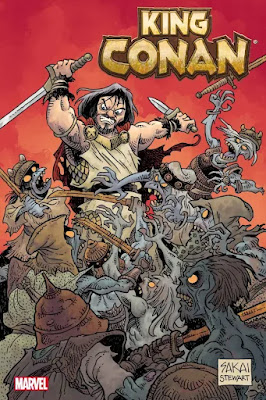 I like when Stan Sakai draws human beings. This is his variant cover for King Conan #1. 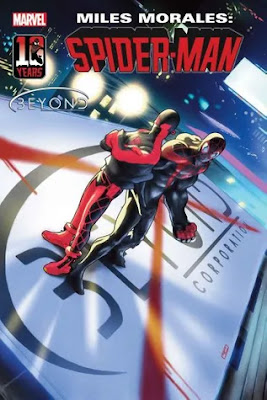 Wait, wait, wait. The cover for Miles Morales: Spider-Man #33 has Miles standing with guy I thought was Miles in a new costume on the cover of ASM. Two characters mentioned in the solicitation copy: Miles and Shift. Is Shift the guy in the new costume, or the one in Miles' old costume? I'm so confused. 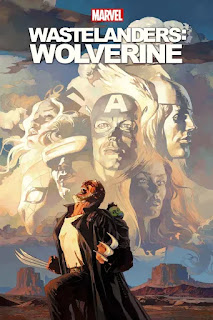 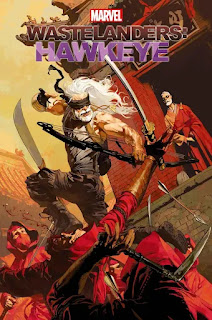 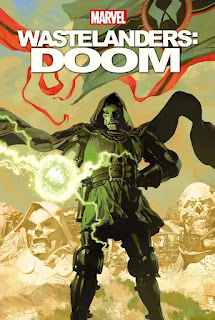 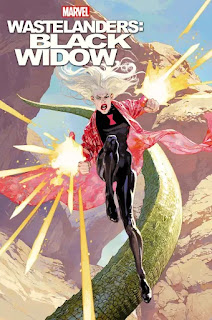 Looks like they're calling characters from the Old Man Logan-iverse "Wastelanders" now, instead of Old Man Whoever, so there's a sweet of specials all called Wastelanders: Sons of The Tiger or whatever, rather than  Old Man Doctor Doom and Old Man Black Widow. 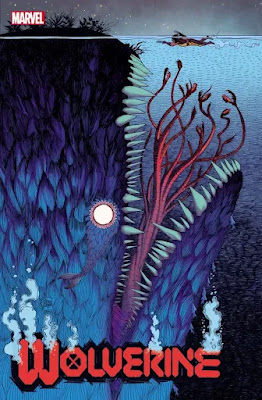 I wonder how long will it be before you run out of writers you DO feel comfortable with.