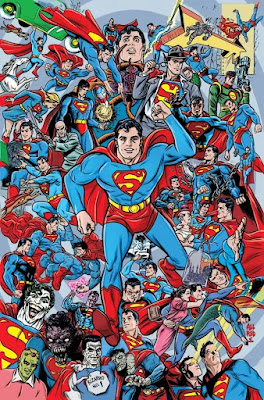 There are too many great variant covers for Action Comics #1050 to even point to in this post. I'm going to go with this one by Mike Allred as an all-around favorite though, given that it's not only a nicely rendered image, but it also compresses, like, the whole history of Superman comics into a single, crazy-looking image. 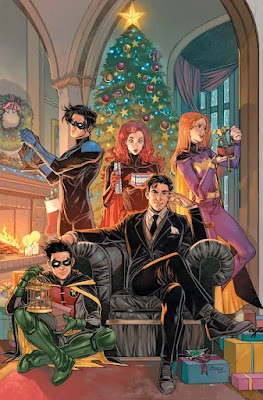 This month's variant cover scheme is apparently holiday-themed covers, like this one for Batman #130 by Laura Braga, seemingly displaying what a terrible gift-giver Bruce Wayne is. 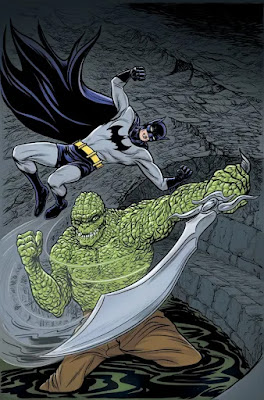 You can never have too much Mike Allred. This is his variant for Batman: The Audio Adventures #4. I don't really know what that series is, but I like the version of Batman Allred draws for it. 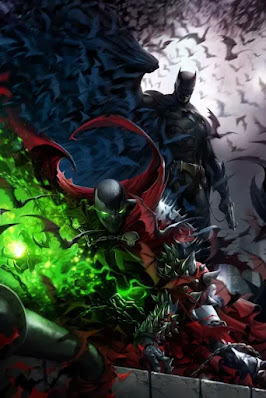 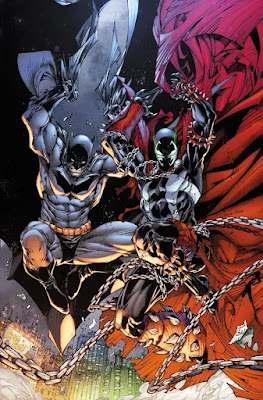 Dang, no Kelley Jones variant cover on Todd MacFarlane and Greg Capullo's one-shot crossover Batman/Spawn #1. I'd really like to see what Jones could do with Spawn's cape. Anyway, here's a pair of the 15—15!—variant covers that are shipping with the book, which is actually the third go-round between the pair, but the first written by MacFarlane. 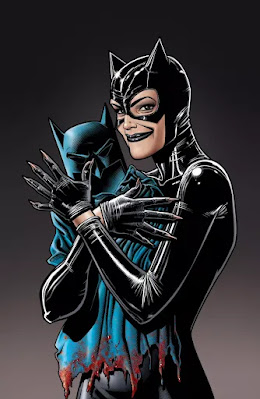 Whatever else one might say about the Batman—One Bad Day series of comics, at least they are giving us nice, portrait-style images of various rogues by the great Brian Bolland. Here's his cover for Batman— One Bad Day: Catwoman #1, by G. Willow Wilson and Jamie McKelvie. 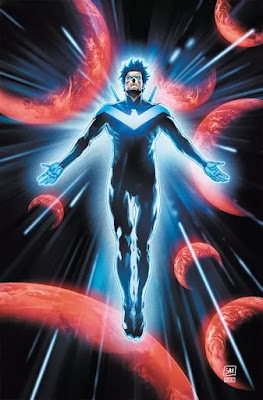 The latest continuity/cosmology mucking ends with Dark Crisis #7. Let's hope, likely in vain, that this is the last one for a few decades and DC has finally picked a status quo they can live with and just make good comics set within. 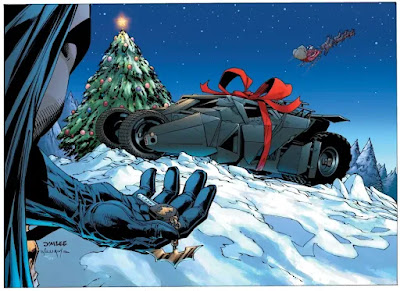 So that's where he gets those wonderful toys...
That's Jim Lee and company's holiday variant cover for Detective Comics #1067. I suspect these holiday images are old ones being recycled for this purpose, as several of them have out-of-date elements, like Batman getting his car from the Christian Bale movies, for example. Others feature out-of-date costumes on characters. For example... 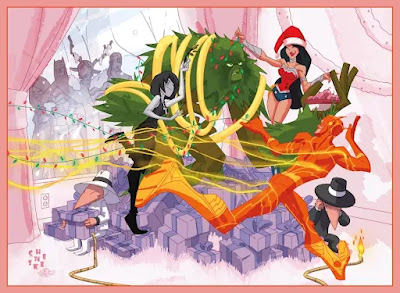 Here's a weird mix of characters on the holiday cover for Flash #789 by Sean "Cheeks" Galloway; both Wonder Woman and Flash are clearly sporting their New 52 duds. It's a little less clear what's going on outside, but is that supposed to be the kid from Sweet Tooth caroling with Batman and...I want to say Cyborg...? . 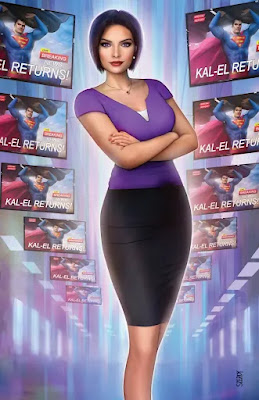 I guess this is supposed to be Lois Lane on the cover of Superman: Son of Kal-El #18...? It scares me. 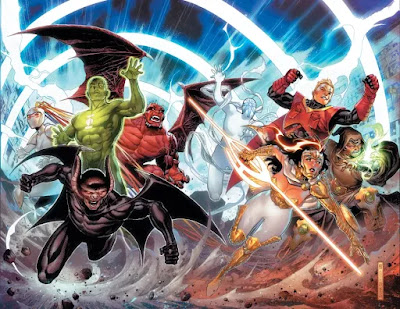 Well this is as interesting as it is unexpected. Tales From Earth-6: A Celebration of Stan Lee revisits the 2002 Just Imagine... event in which Stan Lee, paired with one great artist or another, re-created an iconic DC character to reflect his own sensibility. Apparently Earth-6 is the place in the DC Multiverse where the various Just Imagine... characters now all dwell. The $9.99, 96-page one-shot revisits the various characters, with all-stars among DC's current contributors doing the creative honors.
DC hasn't done much with these versions of their characters, so it will be interesting to see what they pull off here, particularly to see if the characters stand-up without Lee and the caliber of talent he was working with to prop them up.
Posted by Caleb at 12:03 PM

That Flash 789 variant looks like it's the Spy Vs Spy guys from Mad.