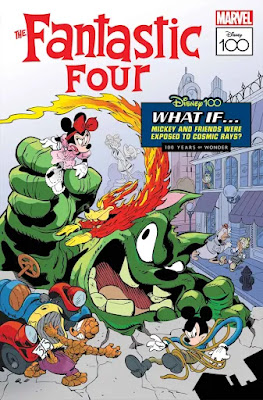 This is a variant cover for Amazing Spider-Man #19, not an issue of the Fantastic Four, for some reason. Like all the Planet of the Apes-related images in this month's variant covers, it appears to be a crossover that exists in variant cover image only. And maybe that's for the best.
I've gotta say, Donald looks weird wearing shorts with no shirt...I'm so used to him wearing a shirt and no bottoms that the opposite looks downright bizarre to me.
Speaking of Planet of the Apes variants.... 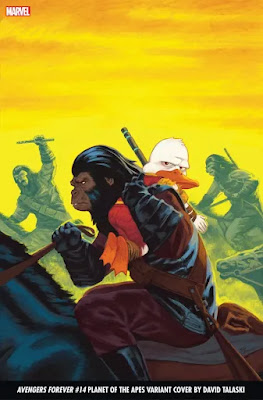 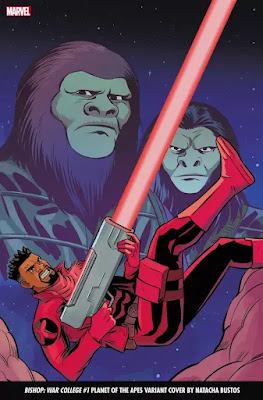 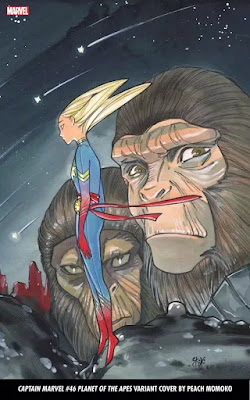 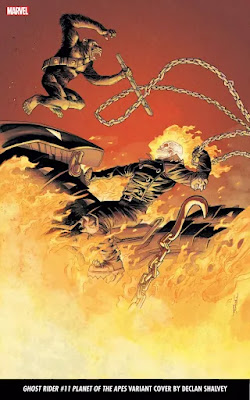 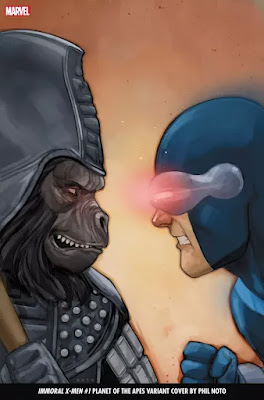 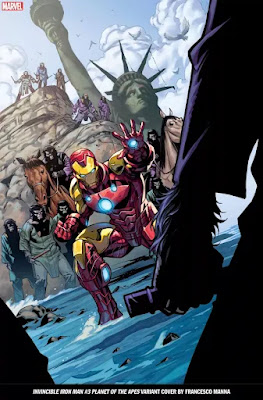 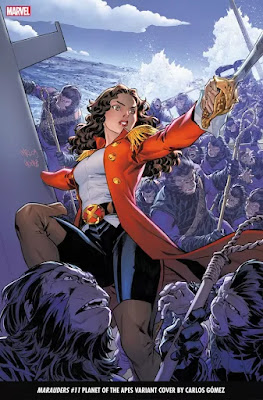 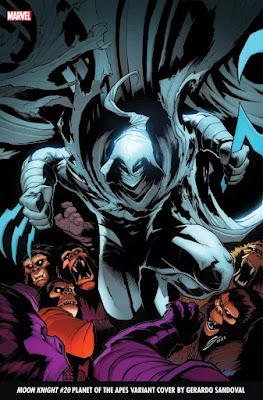 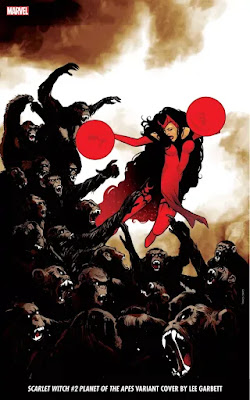 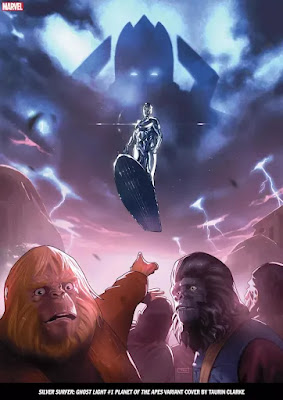 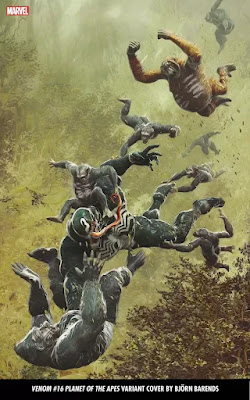 There's a lot of them. At least one seems to suggest a potentially interesting story (the Silver Surfer one), some put characters in iconic moments from the film series (Iron Man), and some just throw some apes into a picture with the stars. As with all of Marvel's non-Conan licensed comics of late, it doesn't look like they will be doing an actual crossover with the Marvel Universe and Planet of the Apes any time soon, they are just variants. That's fine, I guess; I'm not really enough a fan of PotA to find the idea of  Marvel heroes visiting that setting to be all that appealing. I'm much more interested in Predator stalking Spider-Man or Daredevil, though Marvel doesn't seem to be making that happen, either.
I don't know their strategy with their licensed comics, but it seems to me to be more about depriving publishers like Dark Horse a lucrative license than it is for any grand financial investment on their part.
Interesting to note that the other licensed comics don't feature PotA variants, so there's no image of  an Alien popping out of Dr. Zaius' chest or Darth Vader chopping down apes on horseback. Even Marvel variants have their limits, I suppose. 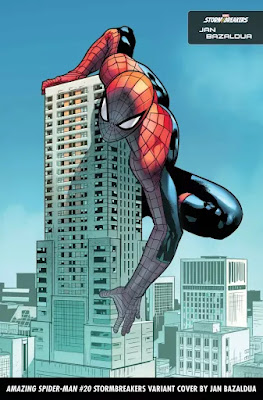 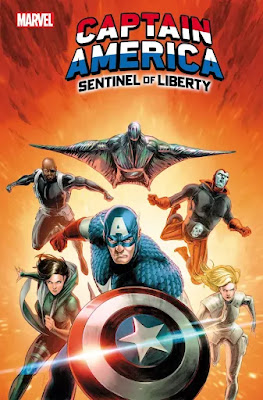 Should I recognize the people on this cover to Captain America: Sentinel of Liberty #9 that aren't Cap, Fury or The Destroyer...? Like that guy who looks like a flying starfish, is that a classic Marvel character I'm just not hip to...? 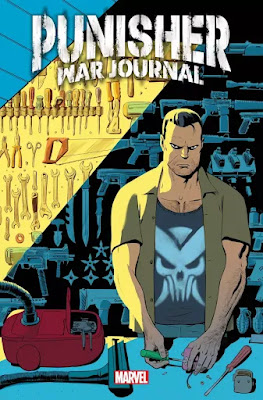 The Punisher's new logo makes him look like a loser and a dork, but I'm not going to say it to his face.
Posted by Caleb at 11:44 AM

The Starfish guy was introduced during this run.