Shadoweyes is the Spider-Man of the 21st Century. 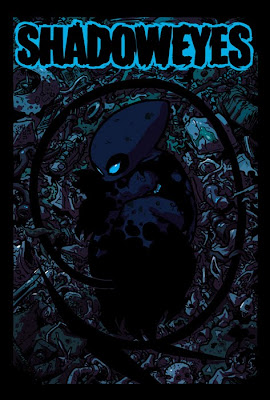 That's all I wanted to say about Ross Campbell's comic, which I would highly recommend to anyone who likes superheroes and/or great drawing.


Wait, that's not all I wanted to say about it.

While reading it, I couldn't get over how awesome Campbell was at drawing pipes and garbage, and I couldn't stop thinking about how fantastic his Teenage Mutant Ninja Turtles might have been. 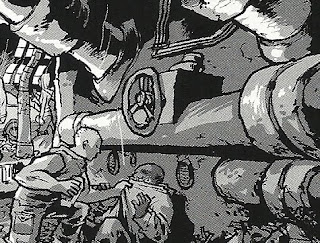 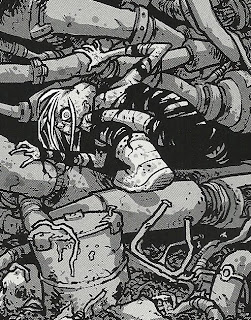 Oddly, seeing the pipes, garbage, graffiti, rooftops and fire escapes of the fictional city Shadoweyes is set in made me long to see a Campbell TMNT comic almost as much as seeing all those character sketches he had previously posted on his blog.

Also, as I alluded to the other day, I was reading Shadoweyes in the midst of DC's daily announcements of new comics suggesting often boneheaded, occasionally depressing publishing decisions. As one of the stated goals of DC's relaunch was to present a more diverse superhero universe then the one full of straight white dudes and a couple of aliens they started with, I was amused by the fact that almost all of the main characters in Shadoweyes are black and female, one of the main characters is Intersex, the sexual-orientation of a few seem to be leaning towards not-straight, and one of the main characters has ectrodactyly. How's that for diversity in a superhero comic? Suck it, Jewish Lesbian Batwoman!
Posted by Caleb at 7:14 PM