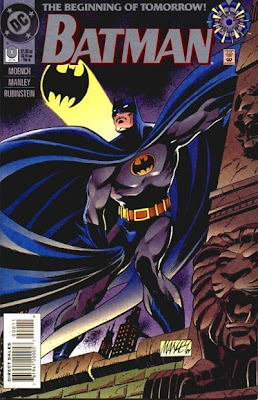 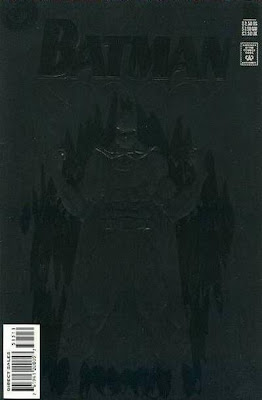 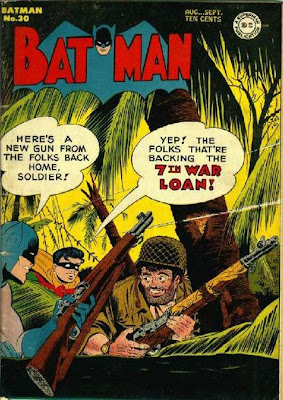 The second cover looks amazing. Where is it from? I can't see the number of the issue...

That's the cover to Batman #515 (from 1995). At the end of the "Prodigal" storyline, in which Nightwing took over as Batman temporarily, Batman returned with a new costume, which was all black save for the yellow of his belt and the background of his chest icon.

All of the Batman books featured a cover showing off the new costume, in which the regular artists drew him in basically the same pose on basically all-black covers (The BATMAN one, by Kelley Jones, was the only ALL-BLACK one though).

Each was a part of a story called "Troika," in which Batman, Nightwing and Robin fought...Russian gangsters, maybe? At the time, the three of them teaming up was still kinda novel. Now it happens, what, four times a month or so...?