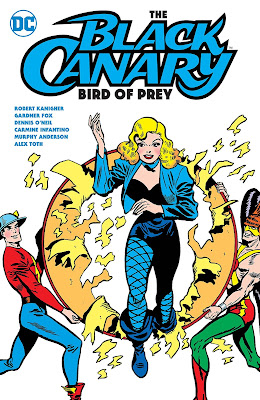 .
I've been reading the trade paperback collection Black Canary: Bird of Prey, which collects the original Black Canary comics, from 1947-1949, and then jumping ahead to the late '60s and early '70s for some more modern Black Canary tales.

She began her fictional life as a supporting character in the Johnny Thunder strip in Flash Comics, and so in three of her first five appearances she and Johnny find themselves falling from great heights—dropped out of a helicopter, blown sky high in an explosion, tied to giant firecracker rockets—only to be saved at the last minute by Johnny's Thunderbolt. 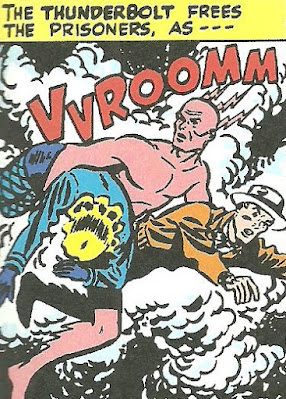 The sixth story in the collection is Canary's first solo feature, sans Johnny Thunder, and I imagined it would be a much more realistic crime feature. After all, there wouldn't be a magical wish-granting sentient thunderbolt to save her from her falls, right?

Black Canary still seems to find herself in the same sorts of predicaments though. In her second solo feature she and her companion are thrown off the top of a building by a rotating dance floor and seem to be plummeting to their deaths. How can the Canary get out of this one without the Thunderbolt?! 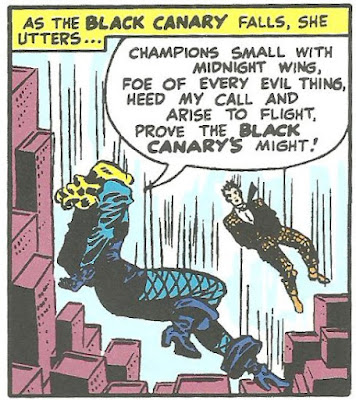 Oh, Black Canary has an oath, huh? I never knew that. You hear about Green Lantern's oath all the time, but no one ever mentions Black Canary's. 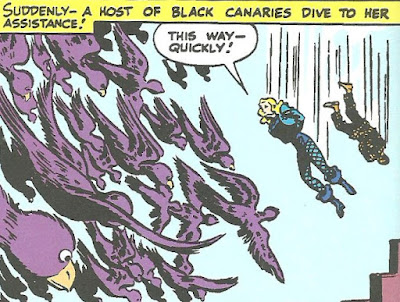 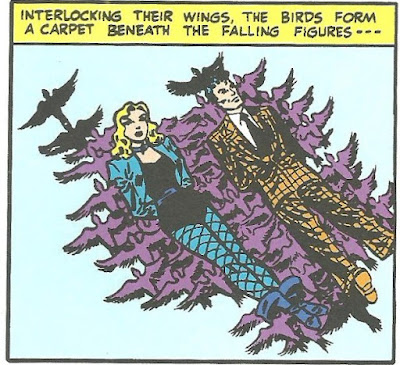 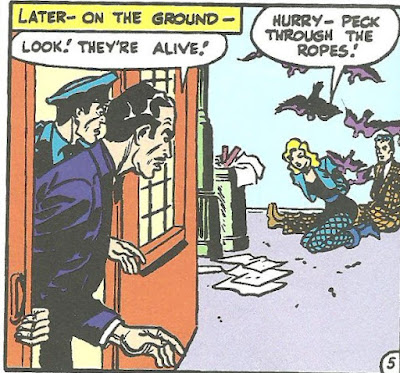 Well. I guess Black Canary can command a flock of black canaries when she recites her oath.
Who knew?
Posted by Caleb at 4:04 PM

I can only assume that’s a story Roy Thomas never read or else we would’ve got some explanation for her strange power in an issue of All Star Squadron at some point.