Batman vs. Grifter, Round 1

Reading the the fight scene between Batman and Grifter in Batman Vol. 3: Ghost Stories the other day inspired me to revisit the first encounter between the two, in 1997's JLA/WildCATS by Grant Morrison, Val Semeiks, Kevin Conrad and Ray Kryssing (which has since been collected along with Morrison, Ed McGuinness and Dexter Vines' 2005 JLA Classified arc in 2007 trade paperback JLA: Ultramarine Corps).

The fight went...a bit differently than it did in the pages of the recent Batman comic: 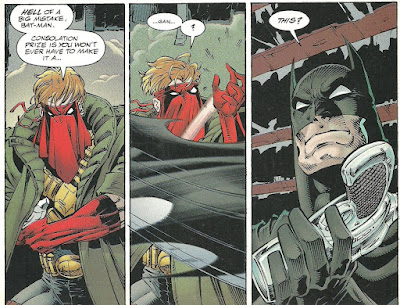 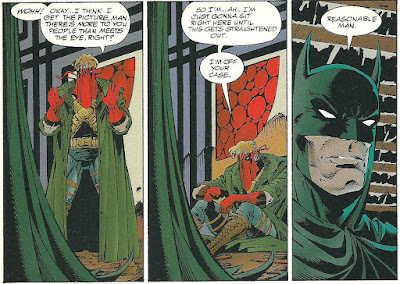