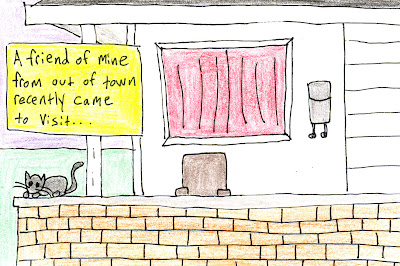 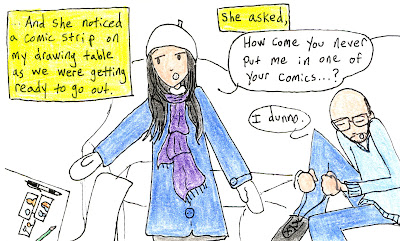 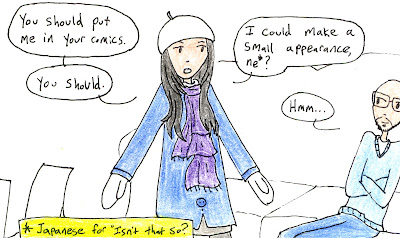 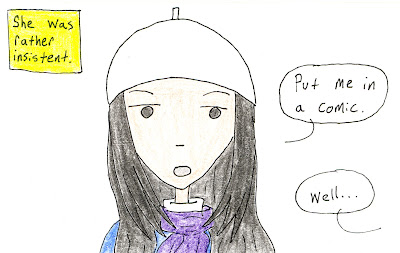 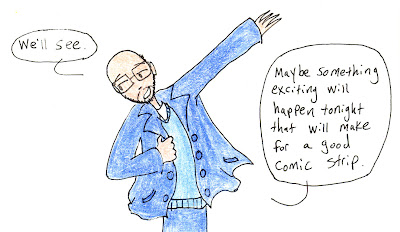 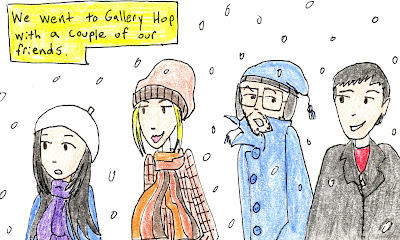 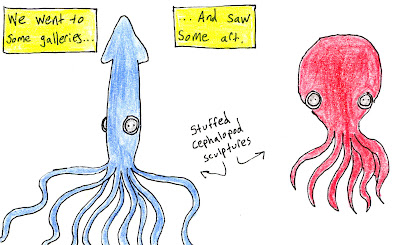 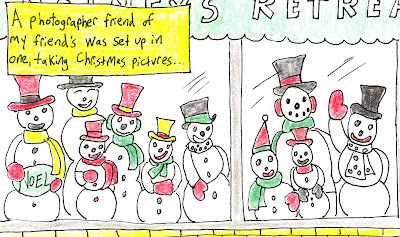 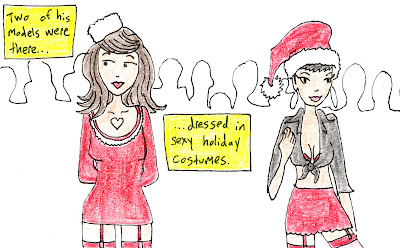 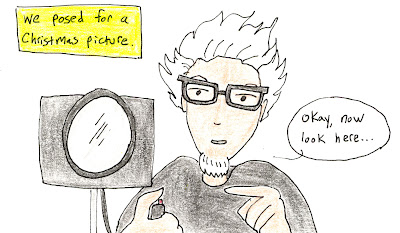 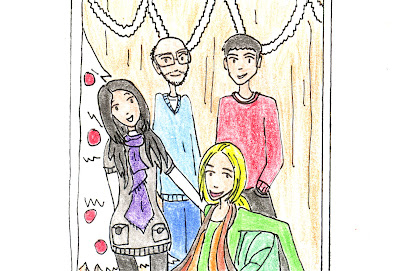 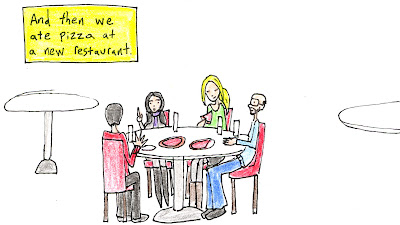 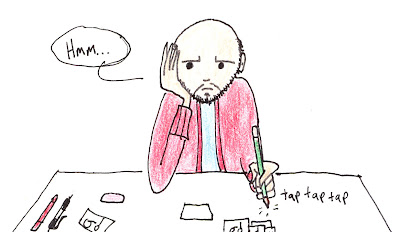 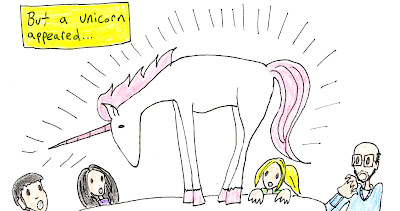 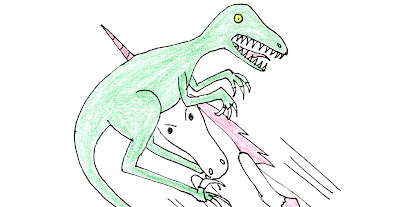 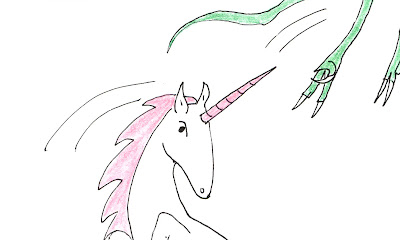 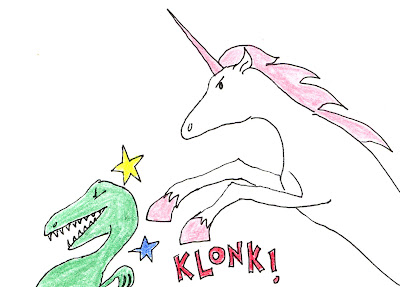 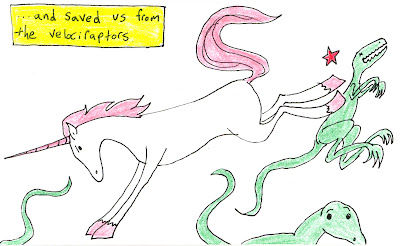 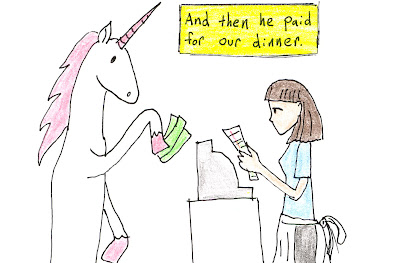 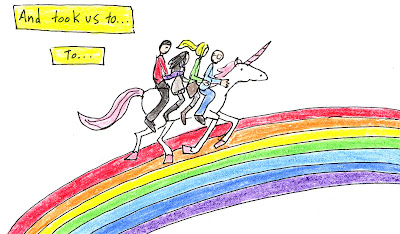 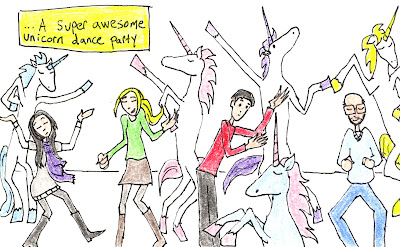 This is amazing. More entertaining than (at least) the last couple dozen Marvel/DC comics I've read.

Agreed. I was in a really crummy mood, and this put a big smile on my face.

Fucking awesome. The timing was perfect.

Caleb, this is you realizing your creative potential.

Haven´t you tried applying as a writer to a publisher caleb? Seriously, you´ve got the skills.

You draw a fine unicorn, sir.

I want to live in your magical, awesome Columbus rather than the gray, covered in several inches of snow one I'm in today.

How wonderful, Caleb! (Next you have to do a library-themed one, where we vanquish evil patrons!)

Aw man, I waited at the door to that dance party for ages... they kept saying I could get in if one more unicorn left. You lucky sod.

This doesn't seem as realistic as all teh awesome Bendis comics out there.

seriously though, AWESOME COMIC. fun and with an action packed ending too!

my favorite panel is the unicorn paying for dinner.

Just watch out for Rogue Unicorns. They're worse than Velociraptors, and certainly WON'T pay for dinner.

That's Caleb for the win.

(Personally, I'd save the unicorn spear for the end of the piece, as the money shot, but that's just me).

Unicorn picking up the check is indeed awesome, as has been noted.

(That Chas Ray thing was pretty cool, huh? I kind of stumbled into that.)

So you decided to put her in a comic anyway even though nothing of note happened.

I mean maybe if like a dragon had saved you from the raptors then it would've been comic-worthy.

She should definitely make more appearances in your strips. Artwork is more polished. The infusion of supporting characters is fun and adds energy. And the adventure is better than anything published by DC or Marvel in about 3 years.

More of her. And more fantasy characters impaling dinosaurs!

...And a wonderful time was had by all. Except for the velociraptors, it was a bit of a bummer for them. But still, a darned good evening!

I wanna dance with unicorns, too!

If that doesn't land you on the next "New Action" Panel, I don't know what will.

Coming to movie theaters in 2012: Unicorns Vs. Dinosaurs!

C'mon Caleb! The script will practically write itself :p