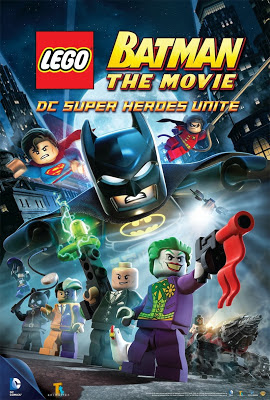 I have a review of the cumbersomely-titled Lego Batman: The Movie—DC Superheroes Unite on ComicsAlliance. I'm not the biggest fan of the Lego/licensing brand fusion efforts—for example, I just watched Lego Star Wars: The Empire Strikes Out and it did nothing for me—but this was a pretty damn good little World's Finest, and I could listen to Clancy Brown's Lex Luthor voice all day. I wish he would read audiobooks as Lex Luthor. Rather remarkably, the music and set design are vastly superior to that of the last three big-budget Batman films, but that's probably just because those were going for a more "real world" vibe, whereas these were going for a "What would be awesome?" vibe. 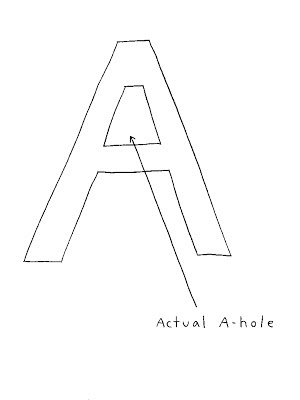 Over at Robot 6, I have a review of Demetri Martin's new book Point Your Face at This, which isn't expressly labeled as a collection of cartoons, but that is essentially what it is (there's on example above). 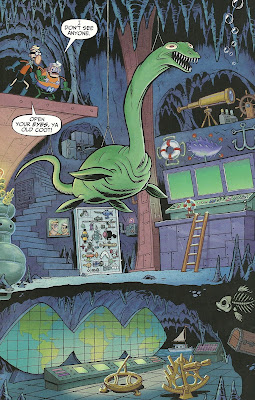 And finally, I mentioned this Tuesday night, but I'll throw it in here too, as this is my round-up of links to things I wrote eslewhere for the week: I reviewed SpongeBob Annual-Size Super-Giant Swimtacular #1 (i.e. The SpongeBob Comics annual) at Good Comics For Kids. The above image is from the tour of Mermaid Man's secret cave HQ which, like The Batcave, sports a dinosaur—just a more appropriate one for the undersea environment.
Posted by Caleb at 12:22 PM