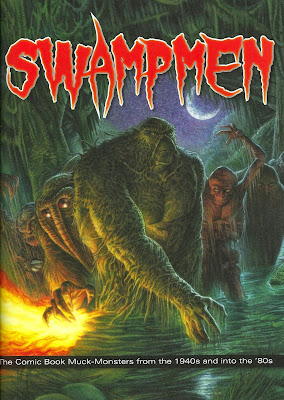 This week at Robot 6 I wrote about TwoMorrows' Swampmen: Muck-Monsters and Their Makers, a book of features, interviews and tons of art edited by Jon B. Cooke and George Khoury (the above image is a title page, featuring a painting by Douglas Kaluba).

They "only" cover the swamp monster genre from a Golden Age prose short story to the end of the 1980s climax of Swamp Thing, not discussing the phenomenon's relationship with film (not even the based-on-the-comics swamp monster movies, like the Swamp Thing films and TV shows, except in passing during interviews), or of DC and Marvel's efforts to keep their respective 'Things ongoing concerns, despite no one ever quite being able to replicate what Alan Moore did for DC or Steve Gerber did for Marvel. It occurs to me there's probably a book about swamp monsters to be written—like, a book-book—and that this represents a hell of a head-start on it, with plenty of research and interviews done already, should Cooke or any of his collaborators want to sit down to set down the whole history of the swamp monster genre of horror.

In my review, I sort of mused on why it is that the weird little sub-genre became so popular and, given Moore's run on Swamp Thing, so important to comics history, and the best I could come up with was coincidence, although Swamp Thing co-creator Len Wein offered his own rather convincing theory, which I shared at the end of my piece.

Flipping through the book again, starting with the Frank Cho-drawn cover (see below), I noticed another pattern that could at least explain why so many of these comics were popular upon release, and perhaps helped sustain the genre. 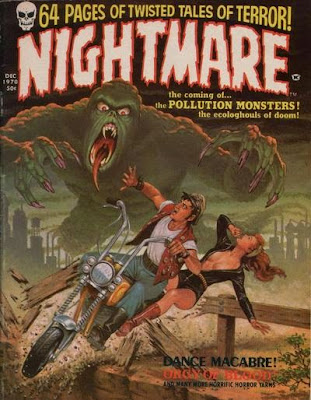 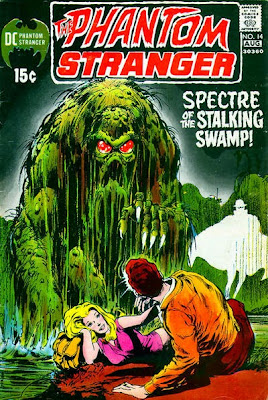 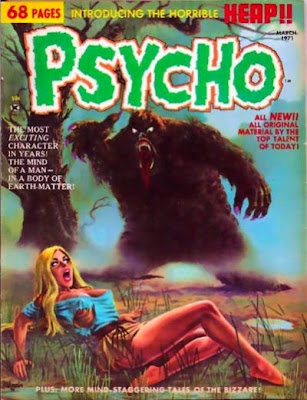 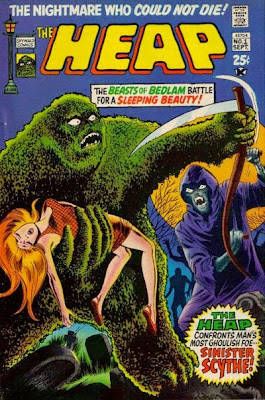 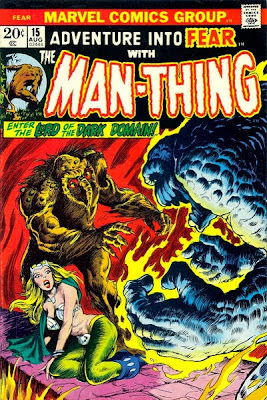 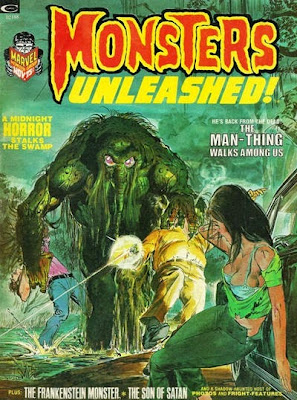 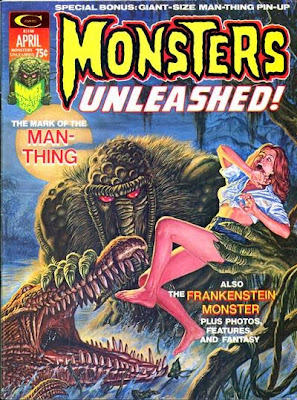 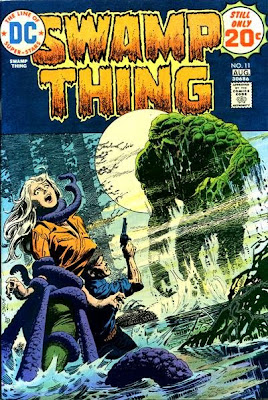 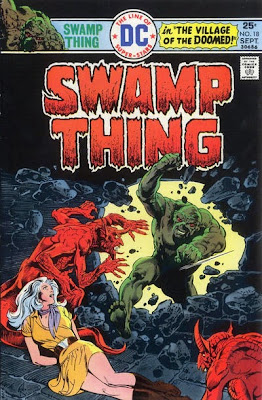 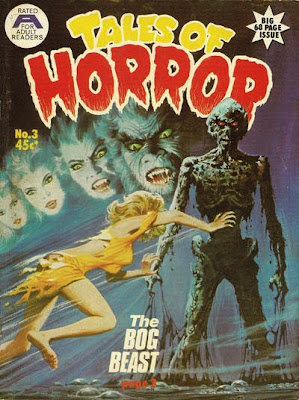 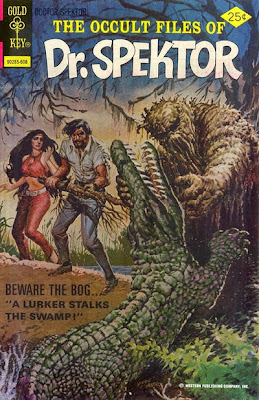 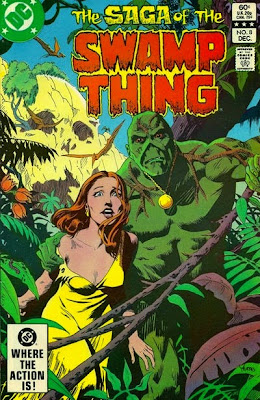 Hmmm...I think I detect a pattern.

Speaking of which, here are two original pieces that appear in the book, Frank Cho's cover, here unencumbered by the title and text... 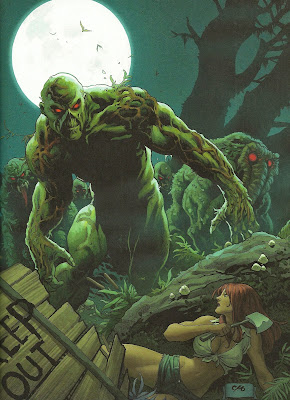 ...and a pin-up by Pablos Marcos of Skywald's 1970s revival of The Heap, a much more grotesque and scary version of the original Golden Age comics muck-monster... 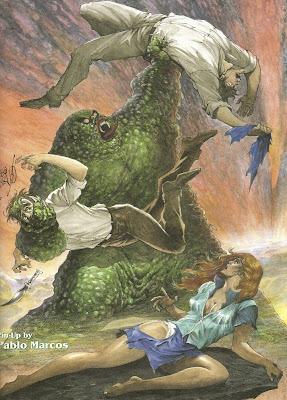 That first cover, the Nightmare pic, looks kinda Basil Wolverton. Did somebody paint over his pencils? Did Wolverton paint? I'm ignorant of so much of his career.... He was very prolific.