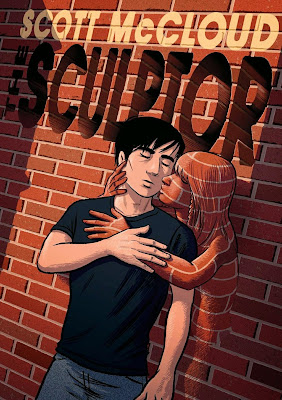 Posting has been a bit lighter than I would normally like here on EDILW, but I've got a decent excuse—I've been writing a bunch of stuff for publication elsewhere over the past week or so.

First up, I reviewed Scott McCloud's excellent graphic novel The Sculptor for Las Vegas Weekly. You've likely been seeing reviews of it and interviews with McCloud pretty much every where, and with good reason. The Sculptor is the book of 2015...or at least the first two months of 2015. You can read that review here. 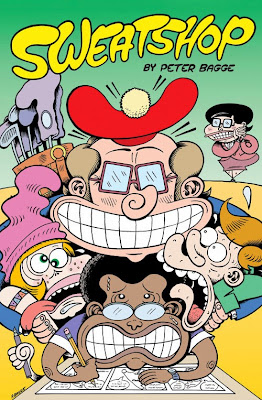 I also (kinda) reviewed Peter Bagge and company's Sweatshop for Robot 6. That was a brief, likely semi-forgotten six-issue "ongoing" monthly that DC Comics put out in 2003. I discuss this in the piece itself a bit, but in Bagge's afterword he explains that the book grew out of editor Joey Cavalieri's apparent repeated attempts to get "alternative" cartoonists working for DC Comics. Cavalieri edited the Bagge-written, Gilbert Hernandez-drawn Yeah! as well as the Bizarro Comics anthology. That last one I thought of particular interest since one of the many unbelievable artists who helped Bagge out on Sweatshop was Stephen DeStefano, who drew the framing story for Bizarro Comics. I loved that story; I think DeStefano drew not only my favorite Mr. Mxyzptlk in that story, but also the definitive Bizarro. Whenever I think of Bizarro, it's DeStefano's design I see in my head (And that story? Totally in continuity; Big Barda, Steel and other members of the Morrison/Porter JLA team totally show up at the climax).

Anyway, you can read me talking about Sweatshop here. 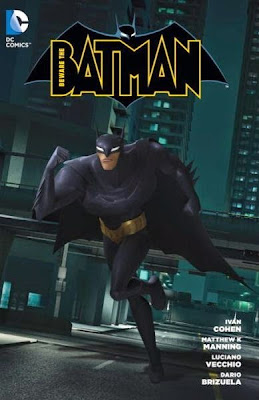 Finally, I have a pair of reviews that were posted at Good Comics For Kids this week, one of Beware The Batman (the trade paperback collecting the DC Comic based on the TV show based on DC comics) and another of Peanuts #25, Boom's ongoing effort to produce original Peanuts material for the comic book market. You can read those pieces here and here, respectively.
Posted by Caleb at 4:47 AM