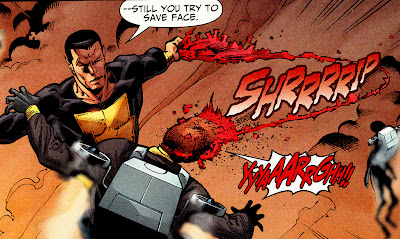 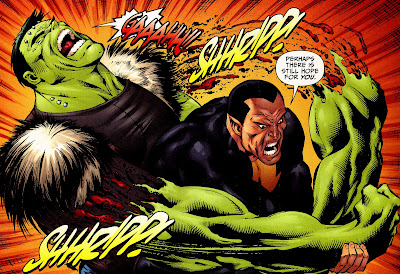 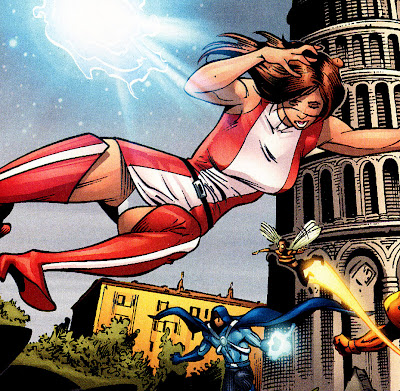 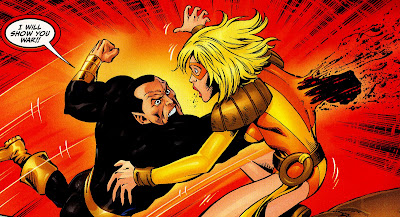 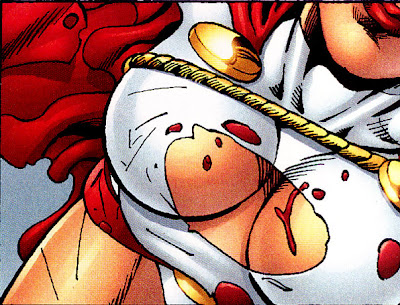 You forgot Mr Grayson's awkward moments in his tighty-greenies in Nightwing Annual #2-- which admittedly had a different tone, but it still doesn't sing out "hobby appropriate to share with your kids".

The weird thing about that Power Girl panel is that it's like her boob window actually got ripped...smaller.

Jacob, Oh, I don't think I'll every forget Mr. Grayson's awkward moment. It didn't quite stand out to me as wholly in appropriate given the rest of the book dealing with so much doing it and referencing Killing Joke.


I generally just post the most violent image of the week, the one that stands out for how gruesome it is--Red Tornado losing his arm in JLoA, for example--but this week was hard because all three Black Adam attacks were equally violent. So I broke 'em up with all the pantyshots and the most inappropriate ogling of Power Girl in DC history.

Rachelle, Cool; I thought it was just me. It does make me wonder if an editor saw the original pencils for that page and were like, "Yeah, this close-up of Power Girl's blood-splattered boobs on that page of all the men looking manly and kick-ass? I think it might be a little much. How about we, ohhhh, make the window 25% smaller?"

Maybe Kryptonian females lost them over millions of years of evolution...? And they no longer nurse their young...? And that's why Krypton is all stuffy and scientific...?