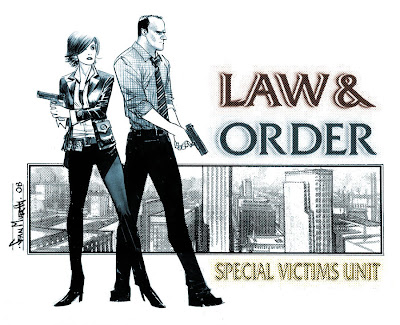 ...unless Sean Murphy were drawing it, in which case I'd certainly think about it.

Murphy's the artist of an upcoming Vertigo series with Grant Morrison, so if you haven't heard of him before, I'm sure you'll be hearing a lot about him in the near future. In the meantime, check out his deviantart gallery, which is full of great stuff, like the above image I stole from there, and his "Wolverine Alphabet" series (It was a Robot 6 post about the latter which drew my attention to his gallery in the first place).
Posted by Caleb at 9:22 PM

Wow... that is best I've ever seen those characters look.

I thought for a second you were saying that Grant Morrison was writing the SVU comic, in which case I would absolutely buy it.