Say, I don't think I like this whole waiting a week between the time when DC releases their solicits and the time Marvel releases theirs. I kinda liked reviewing the whole month's worth of Big Two super-comics all in the matter of 24 hours or so.

Ah well. Here are Marvel's complete solicitations, and here are some thoughts on the (relatively few) books that caught my eye this time around... 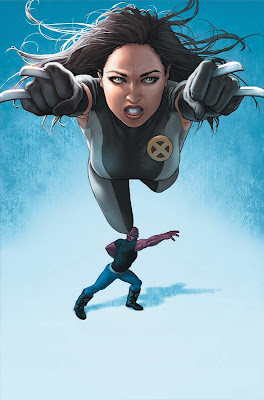 I don’t care who you’re cloned from young lady, you and your friend can expect a strongly worded letter from the X-Men’s lawyer any day now. 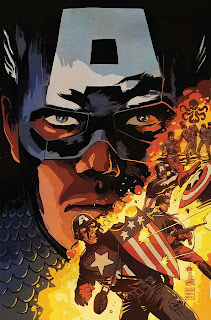 Oh no! A change in the creative team of one of the only two Marvel comics I still read! Fortunately, Francesco Fracavilla is a hell of a good artist, so maybe Chris Samnee not drawing this issue or this story arc won’t be so bad (I hope he comes back, though).

It looks like co-writer Marc Andreyko is being replaced by a different co-writer, too. 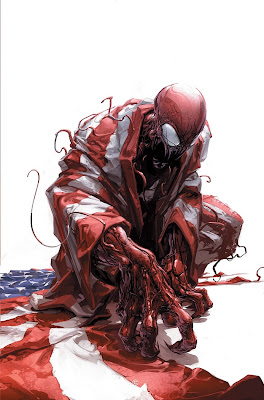 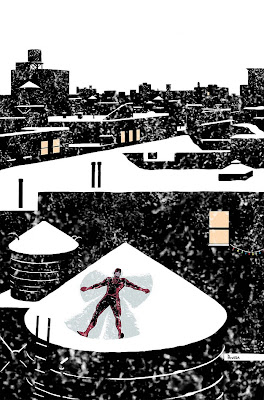 Snow angels…? Snow angels?! Hmmm, have Mark Waid and company gone too far with this new happy Daredevil take? I don’t know, but making snow angels has gotta be getting pretty close. If we see him Foggy Nelson pushing him on a swing on January’s new cover though… 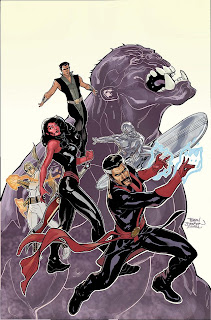 DEFENDERS #1
Written by MATT FRACTION
Pencils & Cover by TERRY DODSON
…
• Spinning out of the stunning end of FEAR ITSELF! The final Worthy on a global rampage!
• Matt Fraction (FEAR ITSELF, THE MIGHTY THOR, INVINCIBLE IRON MAN) reteams with TERRY DODSON (UNCANNY X-MEN, SENSATIONAL SPIDER-MAN)!
• Everyone's favorite Marvel characters banding together to solve a mysterious conspiracy deep at the heart of the Marvel Universe!
• The last line of defense against the forces of the unknown!
32 PGS./Rated T+ ...$3.99

I can’t really afford many Marvel comics anymore, and wouldn't pay for one at this price point anyway, but I really like The Defenders as a concept, and wouldn’t mind checking this book out (No Hulk though...? That's not gonna work right...)

Maybe I’ll wait for the trade…or at least borrow it from a library next year, depending on what the trades look like. Even the last few Marvel trades I’ve purchased seemed too expensive for their contents, which have had an awful lot of reprint material in ‘em… 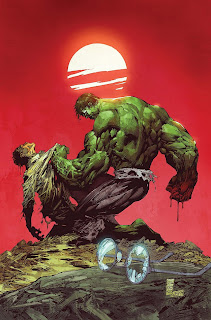 Hmm…Amanda Von Doom doesn’t have quite the same ring of danger to it as “Victor,” but perhaps I just have to let it grow on me for a while yet…

(Also, did The Hulk hit a guy with glasses? What a jerk!) 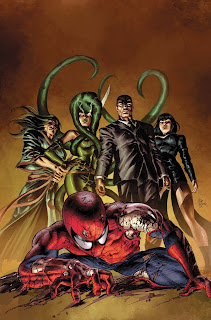 Okay, I give up. What is on that lady’s head? 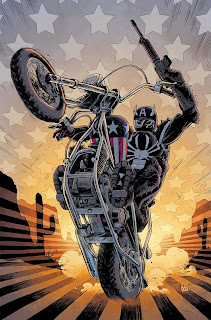 VENOM #10
Written by Rick Remender
Penciled by LAN MEDINA
Cover by TONY MOORE
NEW DIRECTION. NEW ARTIST. OLD SOLDIERS.
Rick Remender welcomes Lan Medina (PUNISHER) with AMERICAN BADNESS!
SPIDER-ISLAND has changed everything and now the death of a loved one reminds Flash Thompson that his secret identity is in the hands of the villainous Crime-Master – and the only way to take his life back is to go rogue. But CAPTAIN AMERICA is out to shut him down. It’s a good old fashioned road trip with Flash Thompson and an alien symbiote!
32 PGS./Rated T+ ...$2.99

Uh, so it’s Flash Thompson, combined with the Venom symbiote, and dressed like Captain America? While popping a wheelie on a motorcyle…? 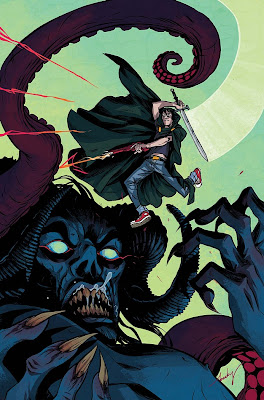 Here's your monthly reminder that Becky Cloonan rules.
Posted by Caleb at 8:19 PM

Its the hydra from Earth X.

As of Secret Warriors, that person with the thing on her head is the current Madame Hydra (also known as Viper).

The whole Madame Hydra looking like her Earth X counterpart is part of Jonathan Hickman's extended reference of that series and evolution of the 616 towards that book, much like how DC always seems to be heading towards Kingdom Come (though the reboot hit that on the head a bit I think).

Which when you think about the fact that Earth/Universe/Paradise X were originally in continuity or whatnot, is kinda interesting.

Samnee has been re-assigned to Ultimate Spider-Man after the Sara Pichelli arc is done. I don't think he'll be back on Cap & Bucky, but you never know. I agree that Francavilla is a great replacement.

It looks like the Defenders has a Hulk on the roster - Red She-Hulk.