Happy Fourth of July, from your Uncle Sam 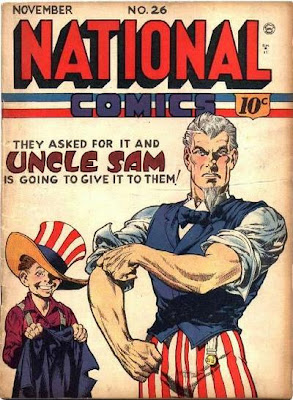 Uncle Sam isn't just the foundation of modern American political cartooning, he's also the U.S. Armed forces' number one recruiter, a Fourth of July parade fixture and America's greatest character and star of the greatest comic of all time.

What is it exactly that makes Uncle Sam the greatest supehero of all time?

I think it's the fact that he's always willing to step up and punch out the enemies of America, those who would seek to subvert our way of life because they hate our freedom. Enemies like 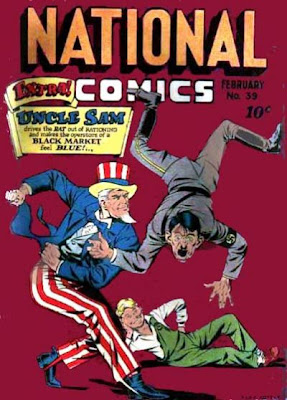 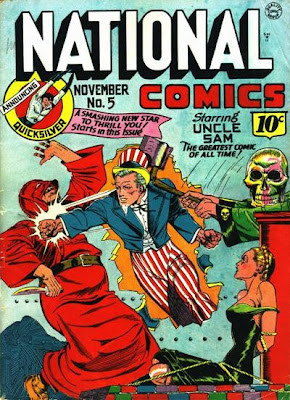 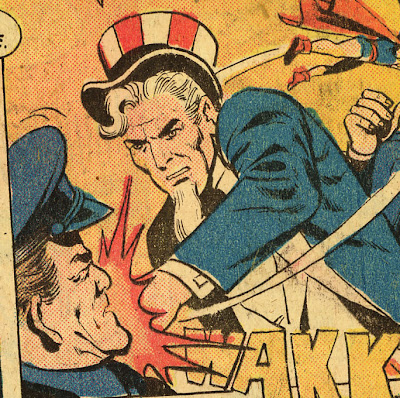 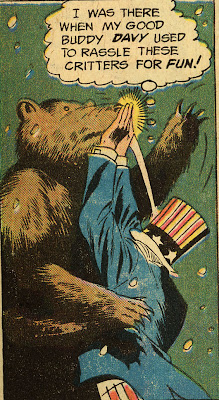 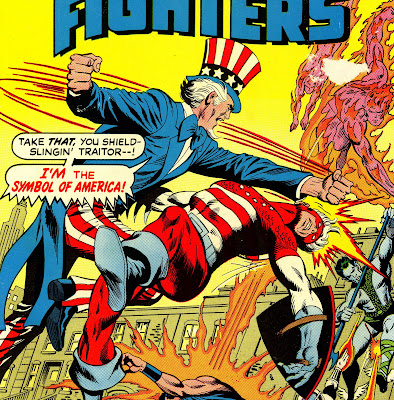 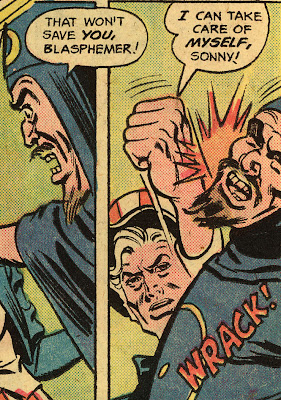 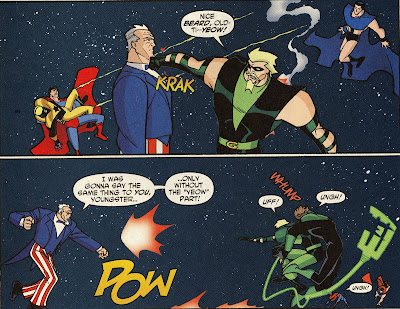 and that filthy communist Green Arrow.

Why, if it were't for Uncle Sam, you might be reading this blog today in German. Or Indian. Or possibly Bear.


Of course, old Sam's affinity for fisticuffs in the name of freedom isn't the only reason he's the greatest comic book character in America. He's also also got plenty of sex appeal, and was always willing to pose barechested on his covers if it helped move a few more comic books. 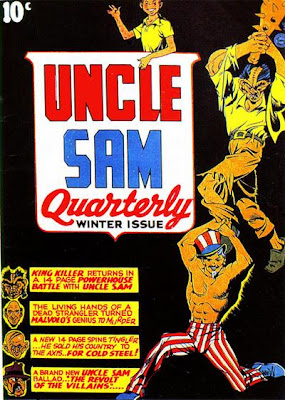 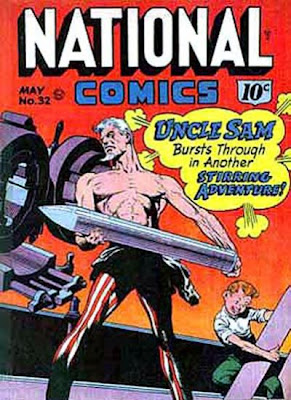 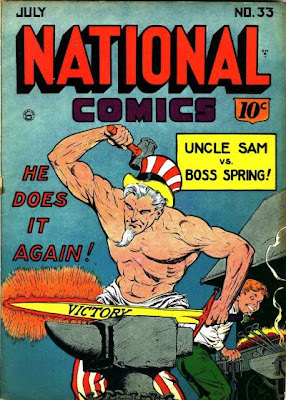 Is that a shirtless Uncle Sam banging on his own red hot sword ? Yes, yes it is. Stirring adventure indeed.
Posted by Caleb at 8:48 AM