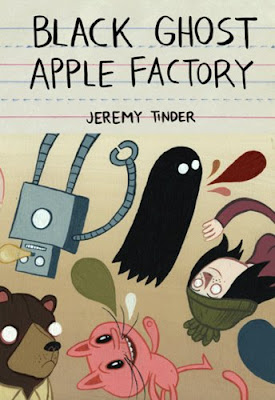 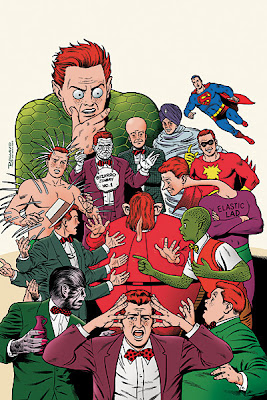 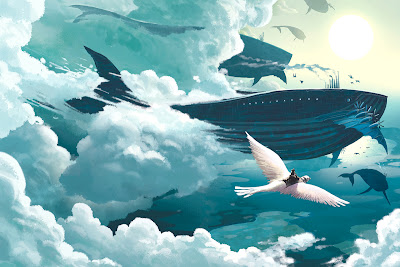 The Jimmy Olsen book might be something of an acquired taste (it's basically a couple chapters of a Showcase Presents volume, only in color), but those other two should be required reading.

Also of possible interest in this week's LVW are a short piece on Claudio Sanchez's new Image Comics series inspired by his band Coheed and Cambria's music, The Amory Wars (by yours truly), and LVW critic Josh Bell's lambasting of Transformers.

Seems like just about every critic was less than enamored with the flick. My favorite review was probably that of Nathan Lee of the The Village Voice, which began thusly: "Transformers twiddles its big, fat, stupid robotic thumbs for the better part of two hours before jabbing them into your eye socket and finger-fucking your brain in the last 20 minutes."

For my part, I thought it did a fairly decent job of entertaining both my inner nine-year-old boy and my 30-year-old adult simultaneosuly; it was one of the best Michael Bay movies I'd ever seen.

Of course, the minute you really think about the film (which I unfortunately did as soon as the credits rolled) it completely falls apart on a pure logic level (Why do heated rounds hurt the 'bots but entry into Earths' atmosphere doesn't? Why did Megatron freeze in the North Pole, but he was fine in space? Why'd the Allspark only make evil robots? How come the Decepticons weren't, like, in the movie at all? How did the glasses serve as a map to the Allspark if the U.S. government moved it after the image was imprinted on them? Why was the action so much cooler looking in the trailer? Why does Optimus Prime have lips? Why doesn't Starscream whine more?).

If you really care what I thought in any great deatail, feel free to check out this piece I did for donewaiting.com, which stacks the movie up against 1986's The Transformers: The Movie, and finds the new one wanting.

After all, nothing in the Bay movie even comes close to the perfection of this particular scene:

The Bay-version entertained, but my nostalgia-tinted eyes will forever prefer the animated movie.

I still get a terrible knot in my stomach when both Ironhide and Starscream die. They were two of my favorite characters.

Optimus was pretty awesome too, but I was so in awe of the filmmakers' balls that I completely forgot to be upset when he gets a hole shot through him and instead fell completely in love with the movie. When I was nine, anyway.

Yes, I own the animated movie on DVD. And I won't own the Bay version.