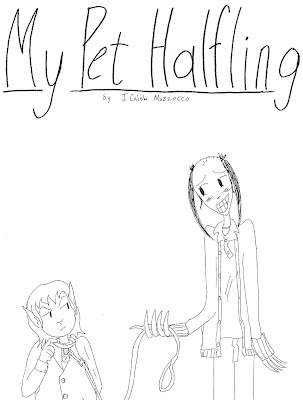 As previously discussed here on Every Day Is Like Wednesday, I recently self-published my very first comic book, My Pet Halfling. It's a 25-page, black-and-white comedy/action/parody/fake-autobiographical sort of thing was some eight years in the making (granted, most of that was figuring out how the hell you make a comic book and procrastinating).

I only printed 145 copies because, um, it's not all that great—think the sort of comics I usually post here on EDILW, then subtract a few years' practice worth of quality—and the behind-the-scenes screen on this blogger/blogspot thing tells me I have about 120 "followers."

I assumed "followers" meant, like, religious followers, who would do whatever I told them, like, say, buy my comic book. But I haven't quite sold 120 yet, so maybe "followers" means people who, like, follow the blog, maybe by signing up for an RSS feeder or some sort of electronic alerts or something along those lines...? (Don't let the fact that I'm a blogger fool you; I know even less about computers than I do about selling comic books).

Anyway, I have quite a few of these damn things left, so I thought I'd try posting a preview here. That's what the big publishers of serial comics do on the industry news and fan sites do to help sell their books, after all.

So here are pages six through 12 (and half of page 13) from My Pet Halfling (Click to make bigger): 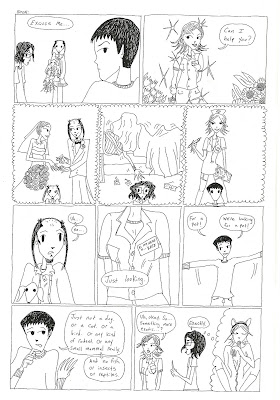 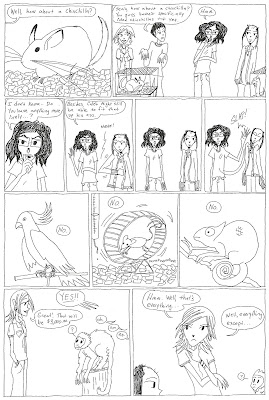 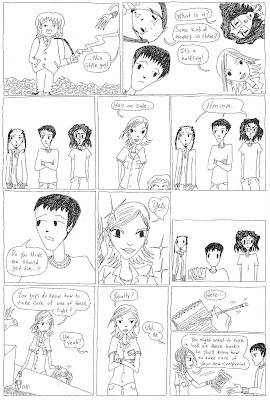 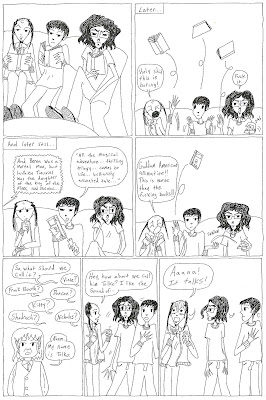 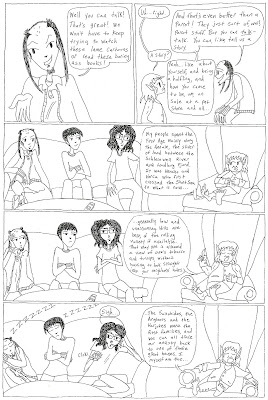 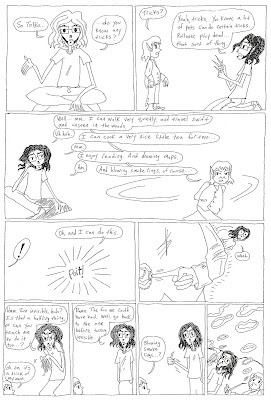 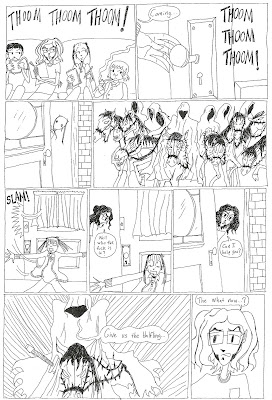 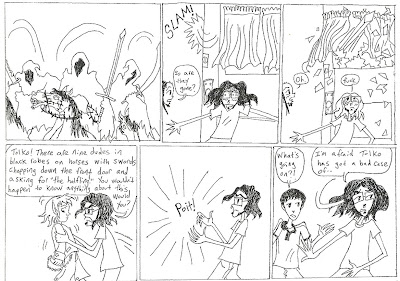 The word in the next panel, by the way, is "wraiths."

To order a copy of your very own, send $3 to J. Caleb Mozzocco, 27645 Bishop Park Drive #715, Willoughby Hills, Ohio, 44092 (Checks, money orders, or three one dollar bills tucked into an envelope discretely are probably fine; sorry, no PayPal or any other crazy technological money exchanging, as I am old and dumb). Make it $4 if you're from Canada and, if you're from another country shoot me an email.
Posted by Caleb at 6:19 PM

I was totally going to buy a copy to find out what the next word was, but then you went and spoiled it.