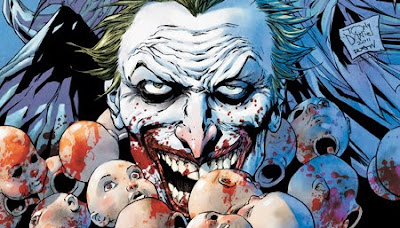 Okay, it wasn't my intention to have a post about every single DC announcement of new titles regarding their new, line-wide reboot, because a) I don't feel all that comfortable playing the role they'd like me to play in hyping it and therefore selling their comics and b) if I did, I wouldn't have much to write about for my next installment of "DC Previews Reviewed."

But I can't help it when they post such shocking information as this, the new creative teams for the new Batman and Detective Comics, which are ending volumes that began in 1940 and 1937, respectively. Who are these creators who will be making the audacious, historic move of beginning new volumes of two of the oldest and most widely-read comic books of all time?

On Batman, the acclaimed TEC and American Vampire writer Scott Snyder, who is losing his collaborator TEC collaborator Jock for...Greg Capullo, best known for a long run on his Todd MacFarlane's Spawn book, when MacFarlane stepped away from rgularly producing comic book artwork to focus on managing his empire. I'm not sure if you've seen Capullo's artwork, but, well, he's not the most distinct artist (Just looking at the cover DC provided, I wasn't sure if it was maybe David Finch or Tony Daniel) and he's certainly not an artist whose work a publisher could hold up proudly and say, "Yes, this guy is the guy we've decided is right to essentially, symbolically do-over the last seventy-some years of Batman comics! He's going to be the best Batman artist ever, we're sure!"

As for TEC, it's going to current Batman writer/artist Tony Daniel and/or whichever fill-in artists he needs. I'm not a fan of Daniel's work at all, and would go so far as to say he helped ruin large chunks of Grant Morrison's run, but, again, he's neither the writer nor artist best-suited for symbolically doing-over seventy-some years of Batman comics.

Of greater note is the bit about "Bruce Wayne once again becomes the only character taking on the Batman name." What does that mean for Morrison's Batman Inc, and the multi-year story arc he's been writing, probably the most ambitious Batman story ever told? (And, worth noting, one of DC's bestsellers, and, with Green Lantern, it's only reliable hit?) A reboot is certainly a way out of going back to the status quo after Morrison's run—one of the most exciting things about it was how difficult Morrison was making it for the publisher to walk the franchise back to what it was before Morrison started writing it—but it's a little early to undo Morrison's cycle of stories now, isn't it? I mean, it's not even over yet.

Is Morrison happy or unhappy about this? If DC loses Morrison, then this whole thing isn't worthwhile, since he's their other Geoff Johns at the moment, their left fist in their fight against Marvel for direct market supremacy and film and merchandising IP-generation.

And what does the potential loss of Batman Inc do for DC's stated goal of making their post-September universe more diverse and relevant to the 21st century? Morrison, after all, has, in a few short years, created more international superheroes than anyone in DC history ever, and during his Batman run and Batman Inc he gave prominent roles to old joke characters like the Native American Batman and South American Batman, as well as creating Asian Batmen and an African Batman.

Finally, here's another example of the exciting, new DC Universe being full of comics by the exact same people who were making the old DC comics. These two titles, for example, seem primed to alienate most current Batman and Detective fans—especially renumbering TEC, Jesus—while not appealing to anyone new.

SO, TO REVIEW:
This 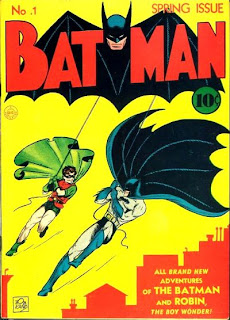 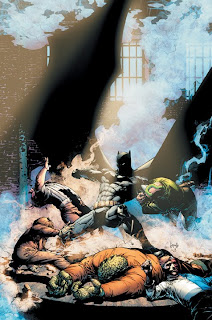 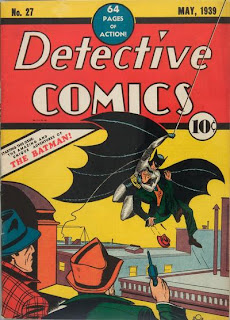 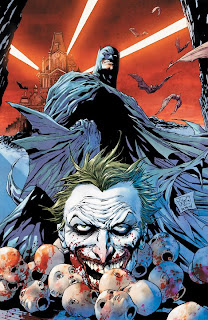 From a personal, Me-As-Consumer-Focus-Group standpoint, how does this effect my shopping habits? I wasn't reading Tony Daniel's Batman, unless you count the single issues my local library had, that I kept picking up to see if he was getting better—he was, but not "I would pay money to look at this" better. I will continue to not read his Batman book, and don't know why anyone who wasn't would start now that it's under a different title. I haven't been reading Snyder's Batman work on Detective or Gates of Gotham, although I am eagerly awaiting the trades of both, and planned on buying them when they become available. I have no interest in reading a Snyder comic drawn by Capullo though, so the one or two trades that Snyder's TEC run generates and the Gates trade will probably be the only trades of his Bat-work DC sells me in the near future.

So I'll continue to not read either book monthly, and I guess I'll "drop" the trade purchases I might have otherwise made of Snyder's work post-September 2011. If that makes sense.
Posted by Caleb at 7:00 AM

i guess i should be thanking dc for giving me the perfect opportunity to trim my weekly comics...i may come back in a few years, whenever didio and lee have moved on.

I share your consternation. The absurdity of switching creative teams on the two flagship Batman books and giving them new #1's and calling this "making history"? It makes no sense.

What is becoming clear is that this "relaunch" (NOT a reboot, apparently, though I don't understand the difference) is not as ambitious as they want us to believe. It's like they're trying to convince us simultaneously that everything is different and everything is the same.

I think if this line-wide relaunch had been as radical as they initially made it sound, it would have been easier to swallow some of the changes that make me unhappy. But since it's really just a half-assed relaunch, it makes me wonder, "Why bother?"

The more I think about it, the more I see this as a perfect jumping-off point for me.

(And thanks for linking on Newsarama to my piece about Barbara Gordon.)

The absurdity of switching creative teams on the two flagship Batman books and giving them new #1's and calling this "making history"?

Yan Basgue (if that is your real name, and if you are even gonna read this comment), DC:s gonna make history only so much as few months. That`s why it`s reasonable not to let someone who wouldn`t be new at DC a job like this. Actually it would be, but I hope that you know what I mean (if you read this comment, which I doubt).

Y`know, DC has gone crazy a few times already, when miniseries that revamped their whole history were published. It`s actually one of DC:S trademarks.

I think that all these DC multi-crossovers (like also Marvel-overs)
are gonna be connected to a one HUMUNGOUS superstory after a few years, which will end all the company-crossovers that DC has. For a year at least. We can always hope.

Have you heard already? DC has cancelled Shazam library: Monster society of evil for some reason. Well, the good thing is that I`ll save almost 50 euros.

It;s all so awful!

For those that have been reading the storylines, or into the history of some of the big characters of DC, I can't see a lot of buying going on. Basically, what would be the point of buying anything now?

And for new fans...I'm not sure how any of this is really appealing or going to attract them. Changing brands, such as Wonder Woman, so the public doesn't recognize them, might not be the way to attract new fans. It's the stories that attract readers.

As for ethnic diversity, that's gone.

Female readers? Putting stretch pants on women, well, that seems more conservative, given that even Gloria Steinham seemed fine with Wonder Woman's costume. They could have just made them even more relevant.

And new ideas are gone. Such as no more parkour based superheroes.

So if it's not about attracting new fans, keeping the reader base or just the love of the craft, I'm having a hard time trying to figure out the reason for this event of changes.

It can't be sales in the long term, because if it's not about new fans, old fans, or just pure joy of the story, there's no other reason.

I'm hoping for the best, that they get it right, and that I'm missing something.

I also know that the writers, artists, and all those involved, are really giving it their best. They want to do the best stories they can, they want their names attached to quality work, and they pour sweat and blood into everything they do. They really do feel that this is a good move.

I keep hoping that the people at DC are right.

I'm also taking it as a sign that all of the bat-title covers are basically the main characters falling endlessly.

I wasn't buying Batman, but this looks like I'll be done with Detective now.

I'm really torn about all of this. I mean, I hate it, but I'm torn about what (if anything) I will be buying post-relaunch. A lot of it depends on how the characters are altered. I want to finish the Batman, Inc. story, but who knows where that is going.

It looks like Damien is still around, but will he be Bruce's son? Since Bruce will apparently be younger, he'd have had to have Damien when he was 16 or something - or maybe Damien was aged rapidly ala Superboy. And speaking of, I usually buy anything Superboy appears in. If his origin is changed radically, will he be the same character? If the change is radical then I won't be getting Superboy or Teen Titans anymore.

Bah, I'm way off topic, but I needed to vent. Everything I hear so far seems to be another comic I won't be buying, not one that I will.