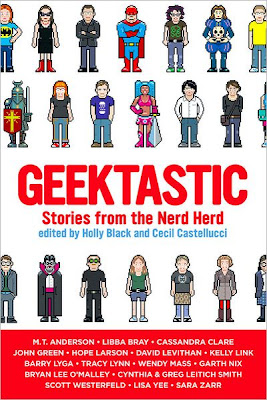 Did you know that in August of 2009, 11 months before the highly anticipated release of Bryan Lee O'Malley's sixth and final Scott Pilgrim comic and a year before the film adaptation of his seriesScott Pilgrim Vs. The World debuted in theaters, Little, Brown and Company published a short story anthology featuring seven full-page, black and white comics drawn by O'Malley? (And seven comics drawn by Larson?)

I did not know this until just a few days ago, when I happened to flip through a copy of Geektastic: Stories from the Nerd Herd, edited by two popular YA writers who have dabbled in comics: Holly Black, who has written a series of graphic novels entitled The Good Neighbors that were drawn by Ted Naifeh, and Cecil Castellucci, who wrote the Jim Rugg-drawn ogn The Plain Janes for the (too-)short-lived Minx imprint of DC Comics.

I'm a little confused and mildly annoyed that I did not know about this, as a fan of O'Malley's and Larson's work, and as someone intensely curious about what O'Malley would be doing next, after Scott Pilgrim ended. Did the comics blogosphere (including me; I was writing thrice-weekly link-blog posts for Blog@Newsarama back then) fall down on its job of reporting any and all new comics work from O'Malley? Or did people cover this, and I just tuned it out because it's a book primarily devoted to prose by prose authors?

Well if, like me, you did not know about the existence of this book and its comics content, and find that it is information you would like to have, allow me to inform you of it now: Geektastic features 14 pages worth of comics, drawn by O'Malley and Larson.

They are all so short that I don't want to scan and post any of them, so here's a simple sampling of some of the images. 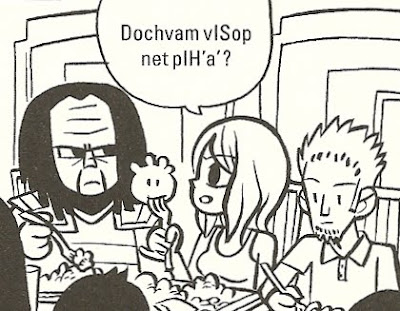 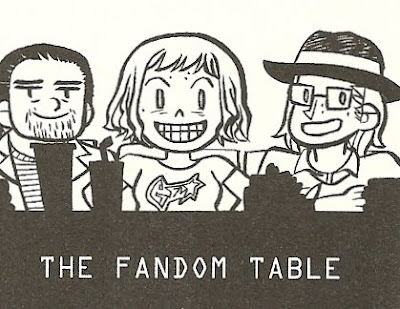 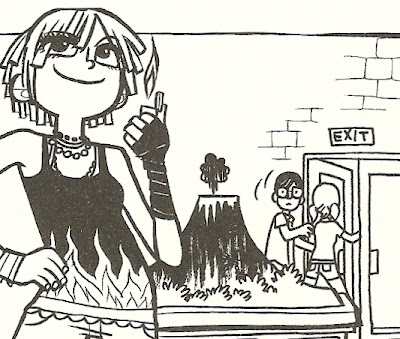 And here's some Larson: 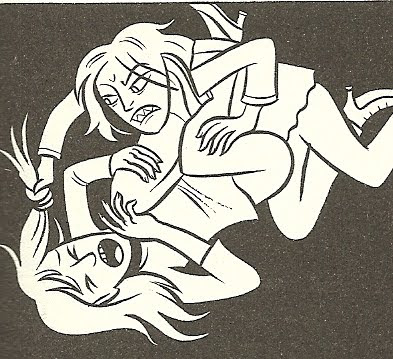 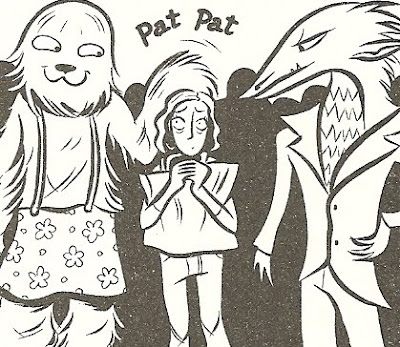 Neither of the two writer/artists wrote the comics that appear in here; Black and Castellucci are responsible for that part of equation, while O'Malley and Larson do the drawing.

I should also note that none of the comics are really that great either. They are all kind of silly and meant to be funny, but I personally didn't find myself rolling around on the floor while reading any of them. (Actually, the text beneath the Larson panel featuring the two monsters, pictured above, did make me smile).

After reading them, I also wasn't terribly sure if they all count as comics, exactly. They have panels, and contain both words and pictures, but they read a bit more like charts. Essentially they all seem like the sort of sidebar, infographic type features you might find in a magazine, with the subjects revealed in the title, and the panels devoted to listing the answers through a series of words and illustrations.

For example, "How Look Cool and Not Drool in Front of Your Favorite Author," "How to Cosplay with Common Household Objects," "What Kind of Geek Are You?" and so on.

I can't vouch for the prose contents at all. There are 14 stories in here, from very popular YA writers whose names I recognize but whose work I've never read, including Scott Westerfeld, Garth Nix, Lisa Yee, Barry Lyga, M.T. Anderson and Sara Zarr. The only one I've read so far was Black and Castellucci's "Once You're a Jedi, You're a Jedi All the Way," about a young Klingon cosplayer and a young Jedi cosplayer who hook up at a convention. It was rather amusing, but having never watched a single episode of any Star Trek ever*, I was acutely aware of the fact that I was not getting a lot of the jokes.

I might try a few more of the short stories when I get done with the other not-comics books I'm reading, but YA fiction, even YA short fiction, isn't really something I'm terribly interested in.

Certainly not as much as I'm interested in comics by O'Malley and Larson!

By the way, each story ends with a pixilated sprite portrait of the author, with a comic book dialogue bubble in which their bio appears. Here's what O'Malley and Larson look like: 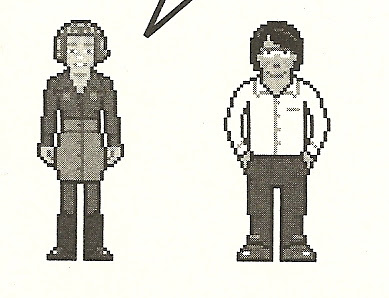 Wait, I didn't want to print any whole comics, but this one is only one panel long, and I wanted to share it because it has naked elf girls, skulls, a bat and a 20-sided die, and is thus an all-around perfect piece of art: 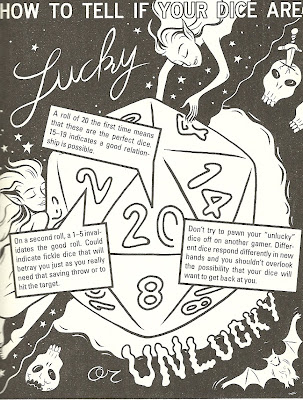 *And I've never seen any episodes of Doctor Who either, although I can pick a Dalek out of a police line-up, if it ever comes to that. I am not a very good nerd, I know.
Posted by Caleb at 7:02 PM