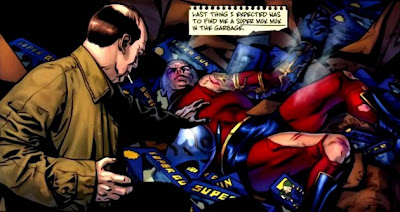 This week at ComicsAlliance, I took a look at the Big Two's proud tradition of kicking off their modern major intra-company crossover event stories by killing off one of their characters, in light of Catwoman's recent "murder" and the promise of the death of a hero setting off next week's "Trinity War" (I did so with an assist from Andy Khouri). 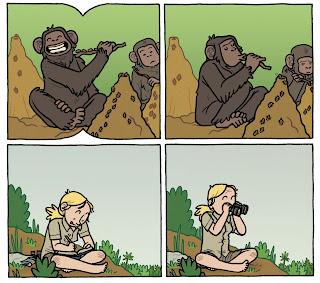 And at Robot 6, I have a column of mini-reviews of all the June grahpic novel releases I didn't devote full reviews to elsewhere: Karl Stevens' Failure, Jim Ottaviani and Maris Wicks' Primates (on which I'll have much more later; that's where the above image is from though), Guy Delisle's A User's Guide to Neglectful Parenting and Ian Doeschler's not-comics book William Shakespeare's Star Wars: Verily, A New Hope.
Posted by Caleb at 10:42 AM