Quick question for Stephanie Brown fans in the reading audience 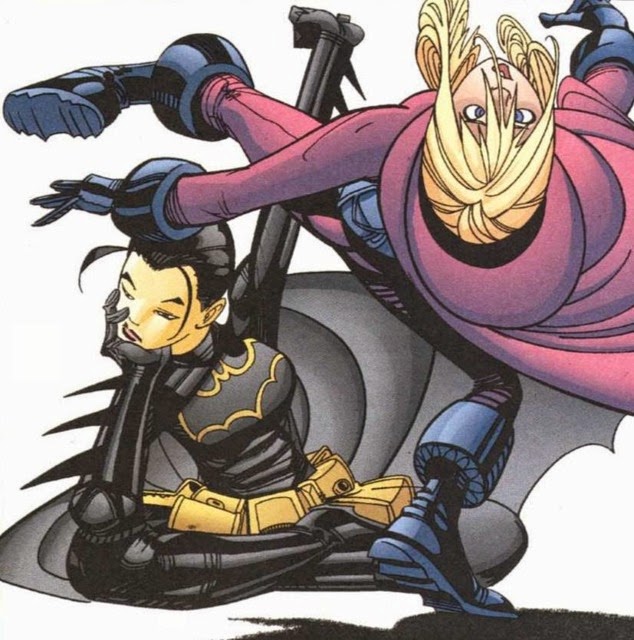 I have a friend currently working her way through the previous volume of Batgirl comics, the one prior to the New 52-reboot, starring Stephanie Brown as Batgirl.

She asked me what other trades were available featuring Stephanie as Robin and Spoiler and I drew a blank. As a supporting character, I know she appears here and there, in some of the Batgirl trades featuring Cassandra Cain, for example, or in the big Bat-crossovers, but are there any, like, Stephanie/Spoiler/Robin IV-heavy trades you guys can think of to recommend...?

Not a fan (though, I could be, if I`d actually have more than story of her). But, I am an avid Comic vine-user.

As you know, she was an important character in the fourth Robin-volume, as well as Cassandras own series.

Then there`s her first appearances in Detective 647-649. Uncollected.

Appeared in most Gotham
Underground issues, but don`t know if she got to do much. Don`t know if the series is even worth a look.

Batman:Family-mini. She gets to shine in ish 2.

Teen titans 13 shows a brief fight between her and Superboy. If she`s a super fan/fanatic,then...
maybe...?

Red Robin: Collision (which also collects ish 8 of Stephs own series). Also a few appearances here and there in the series.

Batman: Leviathan strikes (Which I thought about leaving out, since...it`s one part of a, what, 80 part-saga? But, it`s a pretty good Steph-story).

Batman Chronicles 22. Is the star of a short story.

My advice for her: Look for loads of back issues and trades. Follow Batman Eternal.

IIRC, she's a Chaykin creation, so any collections from his run on Robin should probably feature her and her teen pregnancy stuff...

The Batman: War Drums collection shows Stephanie's arrival as Robin. Her departure is in the War Games volumes that follow.

Batgirl, #53, is one of the more satisfying single-issue stories from her tenure in that costume.

Chuck Dixon was the writer who created Stephanie Brown/Spoiler, originally expecting her to be a one-time character. Fan response prompted him to bring her back as a major supporting character in Robin, starting with that magazine’s first arc in Robin: Flying Solo.