Marvel also intends to publish a bunch of comics in November of this year. Do I have thoughts, feelings or snarky remarks about any of them. Why yes, yes I do! 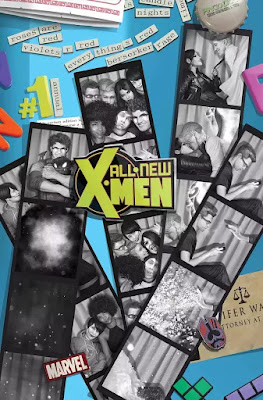 I think that's the All-New X-Men Annual #1 cover; I like the photo strip in which Iceman buries someone--Cyclops, I imagine--in snow. 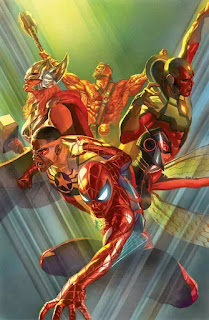 AVENGERS #1
MARK WAID (W) • MIKE DEL MUNDO (A)
Cover by ALEX ROSS
...
The time has come! Their ranks shattered by Civil War, their spirits weighted down bya toll both personal and spiritual, Earth’s Mightiest Heroes must find the resolve to stand united one final time against their greatest foe! Captain America! Thor! The Vision! The Wasp! Spider-Man! Hercules! When the dust settles, not a one of these valiant heroes will make it to the final page alive! This is KANG WAR ONE!
48 PGS./Rated T+ …$4.99

Well, that's a pretty different line-up than that of Mark Waid's All-New, All-Different Avengers. I hate when they change titles and numbering on books that contain what are presumably continuing stories, as it makes it so difficult to follow them in trade.

I liked All-New, All-Different Avengers Vol. 1; hopefully I'll be able to continue to follow Waid's Avengers storyline, wherever it appears and however it is presented and sold. 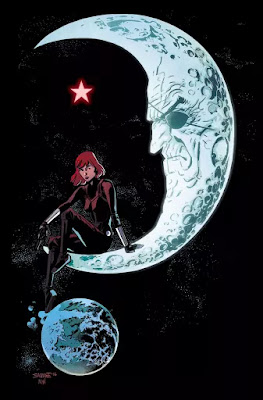 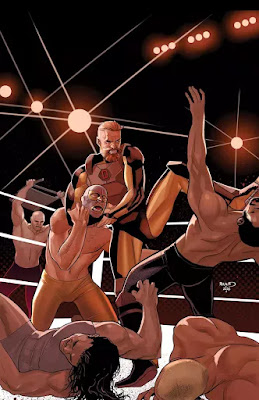 Well I didn't demand it, but I'll be happy to take it.

The cover image is one instance in which D-Man's old costume would definitely look better and more appropriate than his new one. 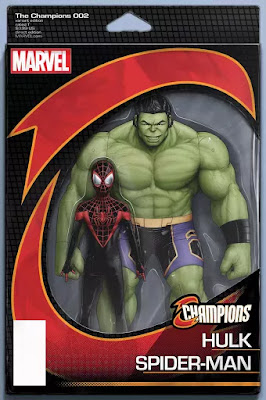 Wwwwwwaaaiiiiiit a minuted...Is that the new Champions logo? Because that "C" looks kind of familiar. Where have I seen it before...? 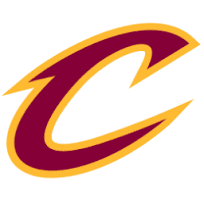 Oh yeah, fucking everywhere, constantly, all year long. (I live about a half-hour east of Cleveland at the moment.) 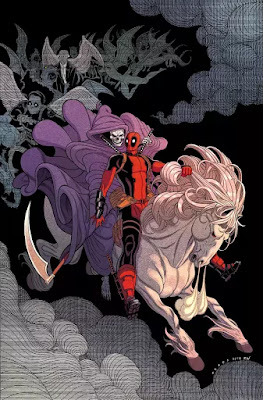 Tradd Moore made a great cover for Deadpool #22, huh? 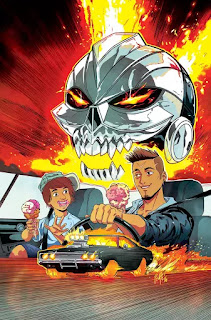 GHOST RIDER #1
FELIPE SMITH (W) • DANILO BEYRUTH & TRADD MOORE (A)
COVER BY MARCO CHECCHETTO
ROBBIE REYES IS BACK!
It’s hell on wheels as the Spirit of Vengeance makes his roaring return! A mysterious object from space crash-lands in southern California, drawing some of the brightest minds in the Marvel Universe to Ghost Rider’s backyard – including Amadeus Cho, the Totally Awesome Hulk! What mayhem will be unleashed as the High-octane Hothead comes face-to-face with the Jade Genius? And with Robbie still possessed by the ghost of his evil uncle Eli…who’s really in the driver’s seat? Then, meet the newest speed trap in Ghost Rider’s life as his original creators Felipe Smith and Tradd Moore reunite for a special backup story and the debut of an all-new villain. Strap in and start your engines, True Believer, this one’s gonna be a scorcher!
40 PGS./Rated T …$4.99

I'm not familiar with Beyruth, so I hope the art remains of as high-quality as in the last volume of Smith's new Ghost Rider, a title I ended up really enjoying. I'm glad it's coming back. I suppose we have that Hayley Atwell-less Shield show (i.e. the one I don't watch) to thank for this, indirectly...? 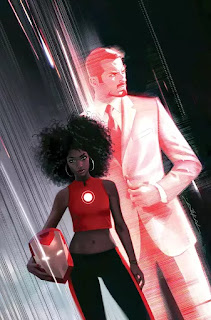 INVINCIBLE IRON MAN #1
BRIAN MICHAEL BENDIS (W) • STEFANO CASELLI (A/C)
Variant Cover by JEFF DEKAL
...
From the violent streets of Chicago, a new armored hero rises! Clad in her very own Iron Man armor, Riri Williams is ready to show the Marvel Universe what she can do as the self-made hero of tomorrow. But is she ready for all the problems that come with stepping into Iron Man’s jet boots? Where’s a genius billionaire playboy philanthropist when you need one?
32 PGS./Rated T+ …$3.99

This is one of those things that people were mad about, right? I don't see why. Everyone in Iron Man's immediate orbit who isn't his butler gets an Iron Man suit eventually, right? The only thing that seemed off to me upon the announcement was that there would be a teenage girl going by the name "Iron Man," but that turns out to not be the case--she's apparently going to be going by the name Ironheart, which is actually a pretty cool name (Cooler than War Machine or Rescue...or Iron Woman or Iron Girl).

Based on the variant cover by Dekal, which is th eone I put up there because I like it better, it looks like Tony Stark will be appearing in the series via an A.I. operating system, akin to Friday in the previous volume of Invincible Iron Man by Brian Michael Bendis (goddam rassin' frassin' renumberings making it all hard to follow Marvel's stupid series in stupid trades grumble grumble).

And, based on the solicitation copy, Stark is missing? That sucks. I will miss his social media interactions with Squirrel Girl in Unbeatable Squirrel Girl. 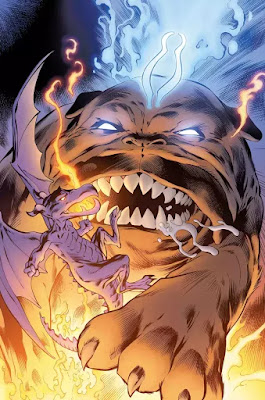 IVX #0
CHARLES SOULE (W) • KENNETH ROCAFORT (A/C)
...
This issue sets the stage for the upcoming Inhumans vs. X-Men mega-event! Learn who the major players will be, plus the seeds of the incredible plan that will unfold in IVX #1. Beast and Iso travel the world to learn a desperate truth, the X-Men assemble their ranks and the Inhumans prepare for the war to come. It all begins with one choice — see it here.
40 PGS./Rated T+ …$4.99

Based on the cover above, I thought maybe this was a Pet Avengers Civil War II tie-in. I guess it is actually one of the three different covers for a IVX comic, which is probably like Avengers Vs. X-Men, only much more boring, because The Inhumans are much more boring.

(Except for Lockjaw, of course.) 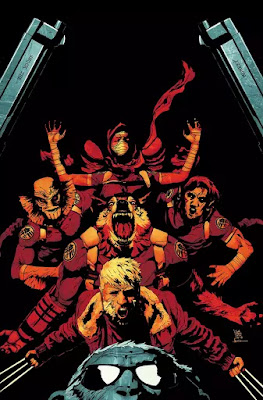 OLD MAN LOGAN #14
JEFF LEMIRE (W) • FILIPE ANDRADE (A)
Cover by ANDREA SORRENTINO
JUBILEE IS MISSING! ALL-NEW ARC “MONSTER WAR” STARTS HERE!
LOGAN will have to team up with the supernatural HOWLING COMMANDOS to unravel the mystery of why Jubilee has disappeared…but is he prepared for what this investigation will uncover? Follow the old man to ROMANIA and find out!
32 PGS./Parental Advisory …$3.99

It looks like Lemire may have forgotten what book he was writing and accidentally turned in a script for his New 52 Frankenstein, Agent of SHADE book, the first collection of which was subtitled "War of the Monsters." Huh. 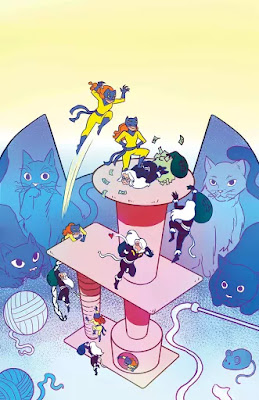 This cover is a pretty good example of why Patsy Walker is one the two best Marvel comics on the stands. 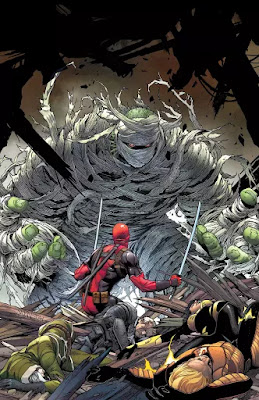 UNCANNY AVENGERS #16
GERRY DUGGAN (W) • PEPE LARRAZ (A)
COVER BY STEVE MCNIVEN
CIVIL WAR II AFTERMATH!
• The Hand has resurrected the Hulk, and the only ones standing in the way of the undead rampaging brute are the former Avengers of the Unity Squad.
• The first bullet point of this solicit is so damn compelling that a second selling point is completely superfluous.
• Steve Rogers gave an order that the Avengers did not follow. We’ll find out how that works out for everyone!
32 PGS./Rated T …$3.99

I was excited about this issue when I saw the cover and that it would be a comic book about a mummy who is also The Hulk. I'm less excited after having read the solicitation, as I'm not really sure how The Hulk can actually die in order to come back to life (Oh, and spoilers for Civil War II, I imagine?).
Posted by Caleb at 12:47 PM

The only thing that bugs me about her name being, "Ironheart," is it feels like they announced Riri as being an, "Iron Man," and then walked it back with a new name. It was a tad odd.