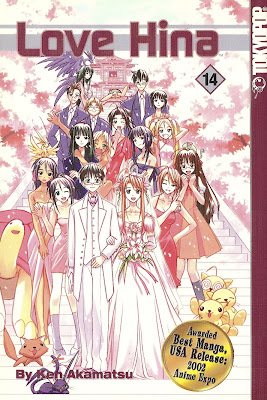 I realized today that I’ve only mentioned the shuttering of Tokyopop in passing, in the midst of one of those review columns I do where I blab about each book in the stack I bring home from the comic shop from a few days ago.

It’s a big story though, if for no other reason then the fact that it represents the end or death of Tokyopop, and thus provides an opportunity to eulogize the publisher.

Here’s what I wrote Sunday, when Neko Ramen Vol. 4’s turn in the column came up:

I know hardcore manga fans and comics creators and observers have likely had a lot to complain about regarding the publisher and its management over the years, but I think it’s an indisputable fact that they’ve done as much as any other publisher (and a hell of a lot more than most comics publishers) to interest a new generation of readers in the medium of comics. (Mainly, through their bookstore-sold, $10, 200-page trades).

In the days since the Tokyopop news came out, we’ve seen plenty of those fans, creators an observers airing a lot of those complaints.

I would like to take an opportunity to point out how important Tokyopop is and was though, and how much credit the publisher deserves for helping get comic to the very good place it’s currently in (and I mean comics as in comics in general, not just superhero serials or the direct market, both of which are in their traditionally dire straights).

I think Brigid Alverson did a pretty fine job of it in this post she wrote, actually, a post bearing the title “The Comics That Changed the World” (And for tons of commentary on Tokyopop, I’d suggest one start with this massive list Tom Spurgeon has assembled at his Comics Reporter site).

In the past decade or so, manga in general—meaning Tokyopop as well as Viz and Dark Horse and ADV Manga and Yen Press and all the other players big and small—have changed comics, publishing and pop culture in general, in ways that are obvious now and probably in ways that will become more obvious in a generation or so.

1.) Manga got new people reading comics, especially females and young people, two groups that the direct market has had great difficulty in interesting in comics for decades now.

3.) Manga opened up the library market, again, not simply for manga—which has been something of a phenomenon within libraries over the course of the past decade, as librarians realized that they were high circulation items that, again, interested a new audience (teens, mostly). The success of Fruits Basket and Naruto and Deathnote within individual library catalogs would then convince librarians to add more and more graphic novels to their collection, as they were wise investments for libraries, in a cost-of-material-to-number-of-circulations formulation.

Tokyopop was obviously a large part of those accomplishments, and I imagine any bookstore or library that carries much manga also carries a lot of Tokyopop books.

Were they the leaders on all of these fronts? I don’t know. In the long run, and in the broadest terms, I don’t know that it really matters so much which publisher did what amount of what, not as much as it matters that it was done. Tokyopop was definitely a big part of a big movement, whether they spearheaded particularly elements of that movement or followed other publishers, and comics is much better place, in much better shape, than it would have been without Tokyopop. 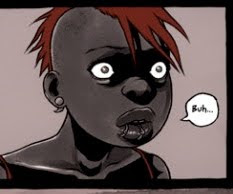 A long aside: It also occurred to me that, specific to that publisher now, they helped introduce me to several great creators. My first exposure to artist Ross Campbell of Wet Moon, Water Baby and Shadoweyes, for example, was a 2006 Tokyopop release, The Abandoned. I first saw Becky Cloonan’s name and work in East Coast Rising. Tokyopop’s King City was actually the second place I encountered Brandon Graham’s work (After 2004 Alternative Comics release Escalator), but I bet tons of people first met Graham via his Tokyopop book.

I realize there are a lot of problems with Tokyopop’s handling of creators like the above mentioned, but I’m glad I read all of those comics; Campbell and Graham are among my favorite artists at the moment, and have exciting futures in the field ahead of them (As does Cloonan, I’m sure; I just haven’t read quite as many things from her as I have from Graham and Campbell though). 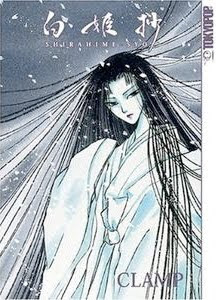 Because of its ready availability in libraries, and my own relative poverty, I don’t buy nearly as much manga as I read any more (At my flushest, when I was an editor for an altweekly, I used to buy two new volumes a week, and if it were a light Wednesday for serial super-comics, and I was below the pre-established amount I budgeted to spend at the shop each week, I’d get an extra volume).

I still have an awful lot of manga filling my bookshelves though. Wait…

Okay. I have just under 250 volumes of manga in my office/library at the moment, with “manga” being loosely defined as comics from Japan, Korea or Hong Kong or China, translated and published for a Western, English-reading audience, as well as a handful of original English language comics packaged and sold in a format similar to manga collections, by publishers that primarily publish manga (So East Coast Rising counts, but James Stokoe’s Won-Ton Soup from Oni Press does not).

Of those 250 volumes, 80 are from Tokyopop, and 75 are from Viz. I have 23 volumes of manga from Del Rey, 14 from ADV Manga, and less than that from each of the other publishers (Comics One, Dark Horse, CMX, Drawn and Quarterly, etc).

Is that typical of other manga readers’ collections, in terms of the make-up of the publishers? I don’t know. But I’ve bought (or been sent a lot of review copies) of a lot of Tokyopop books over the years.

Kingdom Hearts 1-4 (Not that great, but I don’t play videogames, so it satisfied my curiosity about anime characters and Disney characters sharing story space)

Kingdom Hearts: Chain of Memories Vol. 1 (Not as good as the original)

Kilala Princess 1 (A Disney princess manga; I tried ordering a second volume from Amazon, but after months they gave up and said they just couldn’t get it)

Kill Me, Kiss Me Vols. 1-4 (Korean high school delinquents in love; one of my favorites)

Sgt. Frog Vols.1-9 (I really dug this series; I shudder to think how many volumes I am behind on this now though)

Tokyo Mew Mew Vol. 1 (I bought this just because I liked the title; I never read any more, though)

Battle Vixens Vol. 1-5 (Please don’t judge me; I can feel you judging me)

The Stellar Six of Gingacho Vol. 1

Miyuki-Chan in Wonderland (CLAMP does a naughty “Alice In Wonderland” riff, followed by some lamer stories)

Fruits Basket Vols. 1-2 (I’ve been meaning to get to the next 50 volumes or so for roughly forever now)

I can't really criticize your ownership of Battle Vixens, as I own four volumes of Eiken. (People never scanlated it, so I was curious whether the manga was as gloriously horrible as the anime.)

I assume the 23 volumes of Del Rey are Negima? What Viz titles did you collect?

Anyway, I remember being annoyed as heck when TokyoPop became popular since I found the unflipped format hard to read. What annoyed me even more was when publishers put out unflipped artbooks when "flipping" would have just involved changing page order. Other than that I haven't thought of them much since they didn't publish anything I followed other than Sgt. Frog, and didn't gut anything I loved like CMX did.

I don't have any manga by Tokyopop.
Vertical 13
Viz 90
Dark Horse 49
Del Rey 28
Yen Press 16
Vertical 12
Bandai 4
I didn't get into manga until around 2007 so I wasn't around for their hey-day. I bought a few volumes of Deadman Wonderland over in Japan, so I didn't feel like repurchasing them as the TP versions. I'll give them credit for the good they've done, but all I've ever heard about them was how they screwed their OEL creators and how Stu Levy has a serious case of corporate ADD.