Some thoughts on today's funnies

Have you ever noticed the way Charles Schulz drew the tails on his dialogue balloons?

I never really looked very hard at them until today, when I saw this strip (Alone in a restaurant with only the funnies page of Northeast Ohio newspaper The News-Herald, which contains only 19 strips or cartoons, so I spent an inordinate amount of time with each of them). The tails in the first two panels are a little weird-looking, as they're not even really straight or curved tails, but are super-loose and semi-scribbled on the left-had side. They look super-organic, as if the tails were something taht were being baked or cooked, and the process somehow results in random little bubbles and formations. 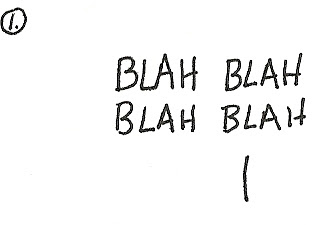 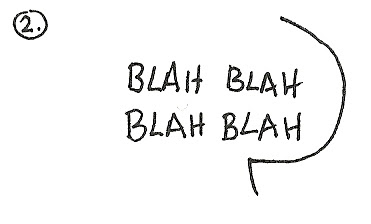 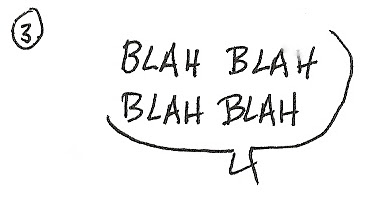 I also never really noticed, or paid all that much attention, to the fact that the bubbles terminate on the borders of the panels. At least in this strip. I had to really fight the urge to just start looking up old strips and breaking out some of those Fantagraphics collections to see the evolution of Schulz's bubble-tails, and whether the balloon portions were drawn to disappear into the panel borders, or if the shrinking of newspapers strips just ate the edges away.

Here's today's Dustin. It's not exactly a knee-slapper or anything, but I was really impressed with how well it was drawn. It really jumped off the page, and was probably the freshest, most vibrantly drawn comic of these 19 (The closest competition was Patick McDonnell's Mutts, which is usually the best-drawn comic I see on any comics page on which Mutts appears, but this installment just featured two squirrels in medium shot, dancing below a quotation, and wasn't that visually interesting a strip. It also had a ton of white space, so there wasn't much actual drawing filling it up.

The longer I thought about it, the more I began to wonder if Dustin is really that well-drawn, or if perhaps the familiarity of the rest of the comics page—Garfield, Family Circus, For Better Or Worse, Crankshaft, Hi and Lois, Hagar The Horrible, Peanuts—are so familiar at this point, that the lines, characters and settings have become the equivalent of visual white noise. Maybe if I've been reading Dustin for 30 years, maybe I wouldn't get excited by the look on the dad's face, or the little squiggle on the elbow on the sleeve over the bend of his arm, I'd just think it as unremarkable as a Walker or Browne character.

Not sure what the lead time for the average comic strip is, but the Japanese tsunami happened about five weeks ago, and radiation jokes aren't as funny today as they might have been, say, two months ago. It's an unfortunate strip, even if it was merely a matter of accidental timing. Poor Scott Adams; everything I read about him online these days seems to be negative.

The cave-people of B.C. have always regularly demonstrated anachronistic knowledge, but this one's pretty weird—the dictionary isn't just discussing things from the cave-people's future, but from out future.

Maybe they're not really from the past, but from sort of lost world...? 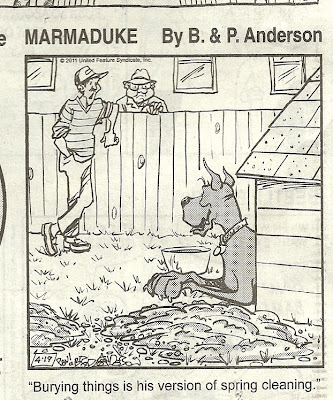 After reading this, I thought to myself that just burying things is actually a pretty good way to go about spring cleaning. I myself do a lot of cleaning by burying things, although I usually just bury them under other things or furniture—like, burying papers under more papers, for example—rather than burying them in the ground in my backyard.

Then I grew worried. If I am recognizing something of myself by reading Marmaduke, is that a sign that I'm approaching middle age? In a few more years, will I be laughing at Marmaduke? Cutting it out and hanging in on the fridge?!

After learning how the second attempt at Battlestar Galactica ended, I just assume BC is somehow the sequel to that series.

Well, BC is part of the "6000 year old Earth" delusion, right? So it shouldn't be surprising that the timeline is a little...compressed. Didn't all the cyborgs die in Noah's Flood?

Maybe it takes place in the same world as Kamandi; it'd explain all the talking animals.

I'm in my 40's and I doubt I'll live past my middle 70's, so I'm arguably middle age. My wife and I have a great dane who does many of the things that Marmaduke does, and we occasionally react in the same manner as the human characters in Marmaduke. So you could say I recognize something of myself in the strip.

I don't laugh at Marmaduke. Nor do I cut it out and put it on the fridge.

You have nothing to worry about.

David Charles Bitterbaum said...
This comment has been removed by the author.
8:35 PM

I wouldn't give Scott Adams any sympathy considering he brought all this hate on himself with his rude comments and then posing as someone else to defend his actions. I've lost any respect I ever had for him (sorry for the deleted comment, had a typo).