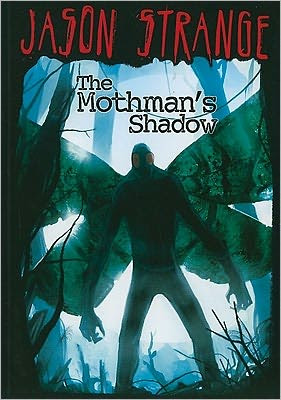 This is the cover of The Mothman's Shadow, a 2011 prose fiction book for young readers written by Jason Strange and published by Stone Arch Books. That cover image was created by artist Serg Soleiman. The design recalls the Frank Frazetta version of Mothman or the Mothman depicted in Robert Roach's stainless steel statue in Point Pleasant, rather than the historical, eye-witness descriptions of the creature.

Which is fine in the context of the story, which has next to nothing to do with the historical/folkloric Mothman. It's the story of incoming high school freshman Noah Stiles, his older brother and a carload of his friends driving out to a cabin in the woods of Hidden Lake (not Point Pleasant, West Virginia). There Noah sees the title monster and no one else believes him, until a dramatic reveal in which they all see it—although this Mothman is quite different from the inscrutable and mysterious "real" Mothman. This one's more of a were-moth...? I think...?

Anyway, here's interior illustrator Phil Parks' version of this version of Mothman, first scene through the curtains of a cabin window: 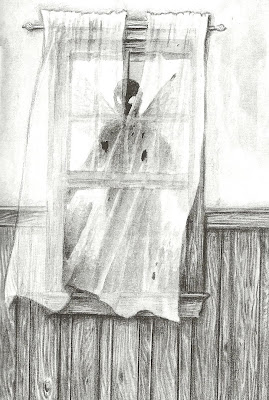 And here's another, this one revealing Mothman in all his glory at the climax. Note the eye-patterns on the wings, like the defensive coloration of some moths, and the sensible slacks he's wearing: 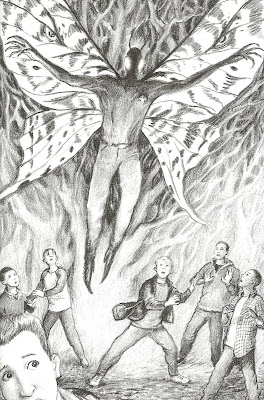