Is superhero decadence a chronic condition?

The following panels are from the story "New World Order," the first story arc in Grant Morrison, Howard Porter and John Dell's JLA run, and they were first published in 1997: 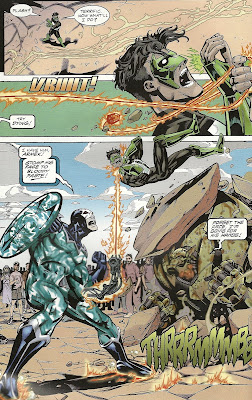 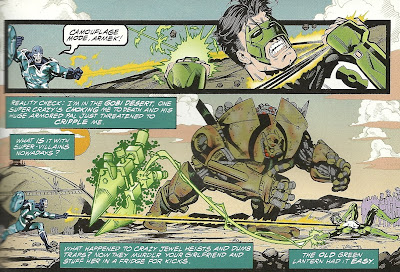 Two members of The Hyperclan, a group of alien superheroes who have come to earth and effectively replaced the Justice League, suddenly, violently turn on Green Lantern Kyle Rayner, who muses about how much comic book superheroes have changed over the years. Instead of just robbing banks and suchlike, they threaten to cripple you and attack your loved ones (In his first adventure as Green Lantern, Rayner's girlfriend was brutally murdered by a supervillain, who then stuffed her corpse into their refrigerator, giving birth to the term "women in refrigerators").

Rayner's Morrison-penned observation about how cruel and evil supervillains were getting appeared in a couple of comic books from 15 years ago. 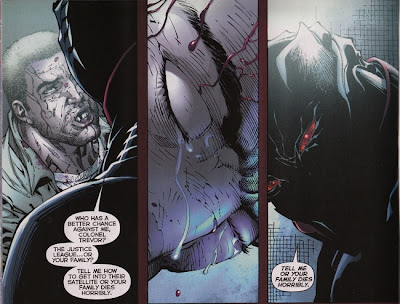 That same month, the same writer wrote this scene, in which the villain Black Manta threatens to kill a heroine's family, after he finishes murdering her: 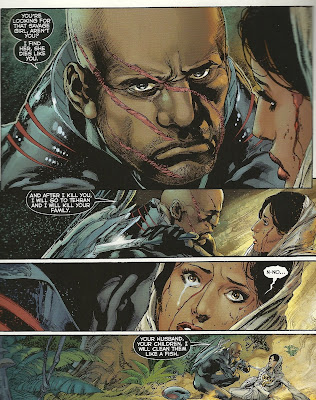 I suppose one could say that nothing's changed much in 15 years, but that wouldn't really be true. Fifteen years ago the Justice League writer was commenting on the trend in a dismissive fashion, essentially ridiculing the writers of the time, whereas today the Justice League writer is writing his super-comics in the same fashion that Morrison felt compelled to comment negatively on back then.

Remember, Lobo started as a parody, and became a template.

Its a shame to see this.

An inevitable change of standards of realism, I'd say, that affects every ganre and aspect of storytelling in time. Compare 1970s gritty crime with those from the 1930s. Why, just compare Scorsese's Goodfellas with Coppola's naive, heroic and glamorous take on the Mafia in The Godfather. Or the hard science fiction of today with the space operas of decades ago.

I can't read current superhero stories, they're just awful stuff, but not because villains are now threatening to kill the heroes' families. That makes sense to me. If we're going to pretend that wouldn't happen, we may as well go back to pretending crime never pays, that all cops are morally upstanding people and that all crooks are caught.

My problem isn't that villains are more violent, or the stakes higher and more personal - it's just basic storytelling and understanding of drama has disappeared from comic book writers. They can't make that violence interesting at all, the way Alan Moore can, for instance. And even Grant Morrison is quite good at it - the super-sentinel exterminating Genosha was one of the most violent things I've ever seen and was exceptionally well-written and emotional.

The pages you've shown? It's not that they're violent that matters; it's that it's a hollow, meaningless violence.

Manta said knock you out!