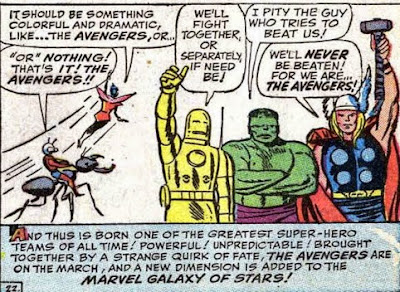 Avengers: Age of Ultron opened this past weekend, and it apparently did pretty well at the box office, making some $188 million or so domestically. I'm sure there are plenty of places online and in real life where people are asking if that was it, and why it didn't make more, but whether the sequel lived up to its perceived potential or not, let's be serious–that is a staggeringly large amount of money, and honestly, ten years ago I couldn't even imagine an Avengers film ever being made, let alone an Avengers film that was successful and/or any good at all, let alone a second one tied into a weird sort of mega-franchise that reflects the comic books its based on in its construction of a shared universe setting.

While that box office is being debated from boardrooms and theoretical armchairs around the world, and while a half-dozen or so very famous actors are filling their money bins to go for a nice swim and while speculation begins on which characters will be appearing in Avengers: Infinity War, it's probably a good time to once again pause and note that for all the talent, skill and creativity that went into this past weekend's #1 movie, the toys director Joss Whedon and Marvel Studios were playing with started at as comic book characters conceived by individual writers, artists and editors who will get neither the recognition nor the financial reward that any of the actors in this thing will receive. 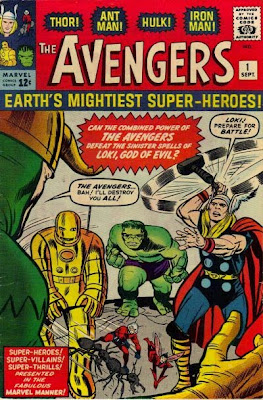 The Avengers superhero team was created by Stan Lee and Jack Kirby in 1963, featuring a roster of five characters that were also all creations or co-creations of Lee and Kirby: Iron Man, Thor, The Hulk, Ant-Man and The Wasp. 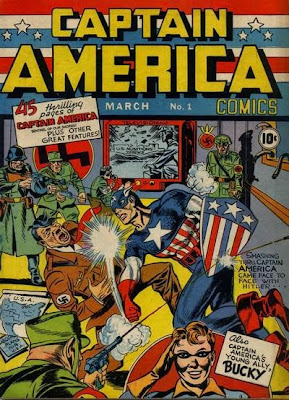 Captain America was created by Joe Simon and Jack Kirby in 1941. 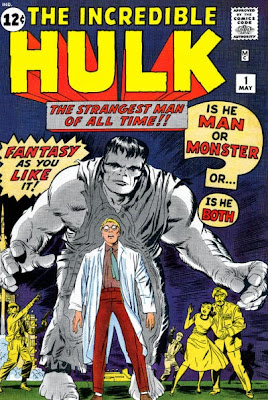 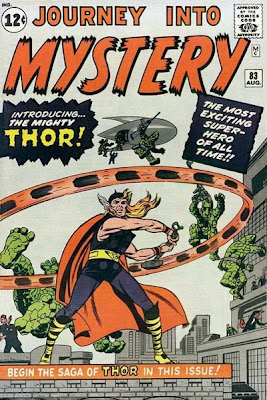 Thor was created by Lee, Kirby and Larry Lieber in 1962. 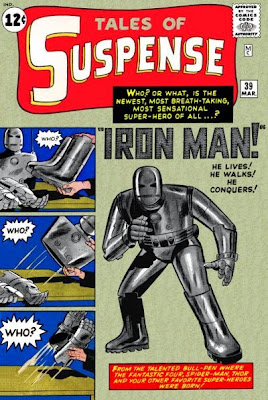 Iron Man was created by Lee, Kirby, Lieber and Don Heck in 1963. 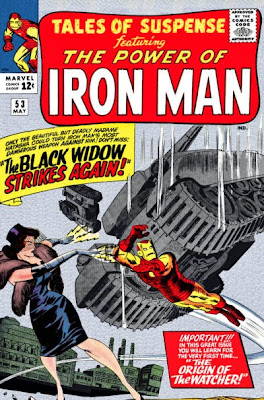 The Black Widow was created by Lee, Heck and Don Rico in 1964. 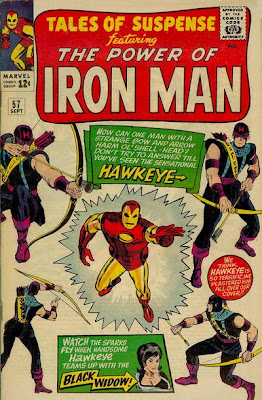 Hawkeye was created by Lee and Heck in 1964. 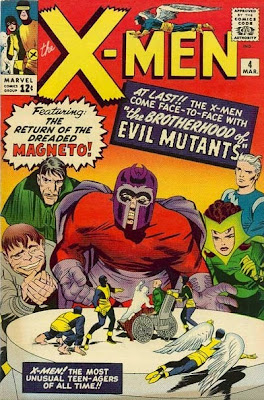 The Scarlet Witch and Quicksilver were created by Lee and Kirby in 1964. 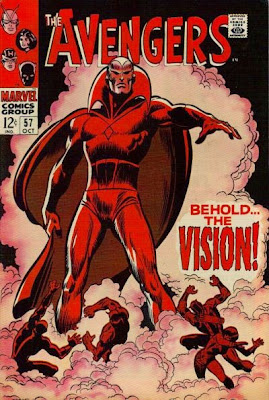 The android Vision was created by Lee, Roy Thomas and John Buscema in 1968, based on the Golden Age superhero of the same name created by Simon and Kirby in 1940. 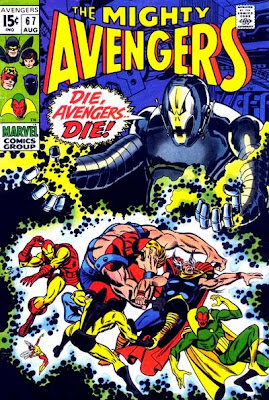 Ultron was created by Thomas and Buscema in 1968. 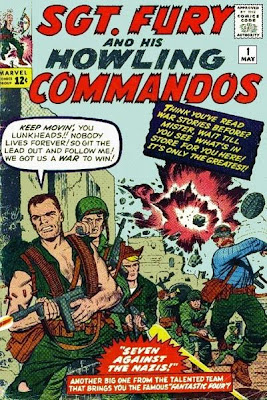 Nick Fury was created by Lee and Kirby in 1963. 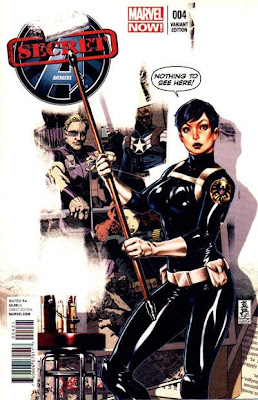 Maria Hill was created by Brian Michael Bendis and David Finch in 2005. 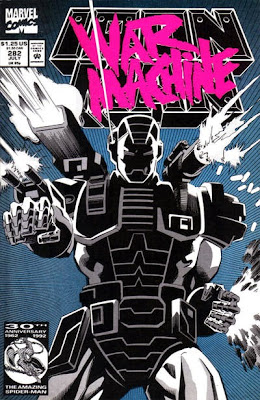 James Rhodes was created by David Michelinie and Bob Layton in 1978, and the War Machine armor he would eventually don first appeared in a 1992 story by Len Kaminksy, Kevin Hopgood and Bob Wiacek. 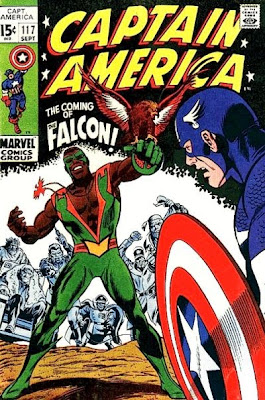 The Falcon was created by Lee and Gene Colan in 1969.

I could go on. There are characters from the comics like Baron Von Strucker, Ulysses Klaw, Peggy Carter, Heimdall, Helen Cho, Jane Foster, Pepper Potts and Thanos, with roles ranging from supporting to brief cameos to mere namedrops. Similarly Wakanda, The Infinity Gems and Gauntlet, SHIELD, Hydra, vibranium and other concepts taken from the comics play roles of varying significance in the film.

And even if one took each and every one of them and assigned a creator to each, it still wouldn't tell the whole story of how many hands went into the actual creation of the source material for the billion dollar Marvel Studios super-franchise (Although at a glance, certainly Jack Kirby, Stan Lee, Don Heck, Larry Lieber, Roy Thomas and John Buscema are owed a lot of thanks and, perhaps ethically, a lot of cash for their contributions to this movie). That's because corporately-owned comics characters like the Marvel superheroes and settings like the Marvel Universe are constantly being tweaked and contributed to over the decades by more and more creators.

For example, you'll notice The Hulk's skin color and Iron Man's first suite of armor in the images above changed drastically and quickly to more familiar forms...but all things in Marvel Comics are almost always changing. Some of the stuff it's easy to point to, in terms of who is responsible for making Nick Fury look like Sam Jackson (Mark Millar and Bryan Hitch, who are also responsible in rather broad terms for the general aesthetic of The Avengers' costume design), for example. BUt who first gave Tony Stark that particular style of goatee instead of his trademark mustache? Which writers stoked the character conflicts between Captain America and Iron Man over the decades? Who moved The Avengers from a mansion base into a Baxter Building-esque sky-scraping Avengers Tower? Who gradually transformed Scarlet Witch's mutant probability powers into the vaguely defined "do-anything" powers she has in the film? And on and on.

One of the exciting and unique aspects of supehero shared universes like those of DC and Marvel Comics is that at this point, 75 years after their oldest characters first debuted, they're practically open-source (albeit with gatekeepers limiting who gets to contribute), so that the characters and their stories have grown in such size, scope and depth that they are the works of not just a few creators, but dozens, scores or even hundreds. They're a little like the hero stories of ancient cultures, created by generations of oral tradition, only hyper-compressed and curated by publishers for profit.

And while it is exciting to think of characters as they exist on a comic book page of movie screen today as the result of decades of inadvertent, accidental, unforseen and even unwanted collaboration between, say, Jack Kirby, Stan Lee, Roy Thomas, John Buscema, Mark Millar, Brian Michael Bendis, Joss Whedon, Robert Downey Jr. and 40 other comic book creators, plus a dozen screenwriters and producers, there is–obviously–a down side, a dark side.

With so many hands involved in the act of constant re-creation, it becomes easier and easier to think of a character like, say, Captain America as the work of Marvel Entertainment rather than the work of Joe Simon and Jack Kirby. That at this point so many people have created aspects of the character that no one created him. Yes, Tthe Captain America in this weekend's big film and this month's batch of Marvel Comics may not be the same one that Simon and Kirby created in 1941 every way–for one thing, he was frozen in ice for decades and now has a man out of time element to his back-story and characterization–the name, the costume, the powers, the basic characterization, that's all still the work of Simon and Kirby, and that's still their creation, regardless of who tweaked it, how many people have tweaked it and how drastically it's been tweaked during the course of the last 74 years.

Marvel Comics as a whole is extremely fertile ground when it comes to "intellectual property" ripe for multi-media exploitation;in fact it's an almost inexhaustible resource for blockbuster material. But let's not forget that the resource isn't naturally occurring; it was made, and continues to be made, by smart, talented and–for way too long–unrecognized, under-appreciated and generally poorly compensated writers and artists.
Posted by Caleb at 8:43 PM

>BUt who first gave Tony Stark that particular style of goatee instead of his trademark mustache?

>Which writers stoked the character conflicts between Captain America and Iron Man over the decades?

>Who moved The Avengers from a mansion base into a Baxter Building-esque sky-scraping Avengers Tower?

>Who gradually transformed Scarlet Witch's mutant probability powers into the vaguely defined "do-anything" powers she has in the film?

Depending on who you ask (because her powers were often do-anything for the first few years), likely John Byrne.

It would be nice if they could put something in the end credits about all the creators.

And maybe throw a little bit of that sweet sweet cash their way too.

Is that a coloring mistake on the cover of X-Men #4? If not, why is Scarlet Witch wearing green?

@SallyP, not to be a corporate apologist, but I read recently that Marvel has paid out a bit of cash to various creators (I'm sure they all had to sign something saying they wouldn't try sueing for ownership) and I've seen at least some of them get creator credits at the end.