Sorry, all I've got is a lame link post tonight...

Let’s talk about cover prices again, because it’s been days since I’ve written a couple hundred words on that subject: There’s been a lot of interesting discussion regarding comic books and how expensive they are and what should be about it in the week since NYCC, prompted by the news that DC and Marvel have thought at least somewhat better of their criminally insane 33% price increase (Well, DC has thought somewhat better of it; Marvel seems to have decided not to make as many comics at that criminally insane price level).

Here’s a post from The Beat on the subject, including a round-up of several pieces from hither and yon. This post from Tom Spurgeon parses a metric ton of stuff to come out of NYCC, including the news on pricing. Brian Hibbs offered his initial reaction at the top of this post full of reviews on Savage Critics (noting that in addition to not being so expensive, super-comics from the Big Two need to get their “density” or importance back), and then talked at much greater length about what those publishers could do to help sell their comics to retailers in a column for Comic Book Resources (And, in the case of the Batman line, what they could not do).

One notion that keeps recurring in the discussion of the serial comic format in the direct market is the importance of quality, which, while certainly true, is also kind of troubling. Like, the key to DC and Marvel and their closest competition selling a lot more comic book-comics isn’t simply that they need to be cheaper and ship on time and be more easily available for purchase then they currently are, but they also have to be really good comics.

What’s depressing about that? Well, I can’t imagine anyone’s out there making half-assed comics on purpose. I’m sure everyone’s trying their hardest to make good comic books, and thus I don’t know that “try harder” is necessarily going to yield better results. 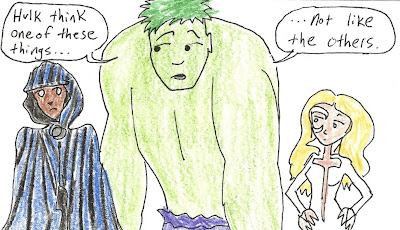 I don’t have strong feelings about either potential project, and it would be unlikely that I’d watch any of them on TV anyway, although I would be curious to see what Cloak & Dagger would look like in a TV show. The characters’ costumes don’t look all that fantastical when compared to, say, Big Barda or Hawkman or Mr. Sinister, but they both seem like the sorts of costumes that, despite a degree of simplicity, were designed only to be drawn on a page, rather than made in the real world out of three-dimensional materials.

Also, Cloak & Dagger really sounds like the name of a TV show about a PI team from the 1980s, doesn’t it?

And on the subject of Columbus-based creators, my condolences to Sean McKeever’s Young Allies, a promising-looking new series that will be canceled at #6, apparently. I was trade-waiting it (Sorry, Sean!), and I guess there won’t be more than one trade with so few issues published. Did any of you guys read Young Allies? How was it? 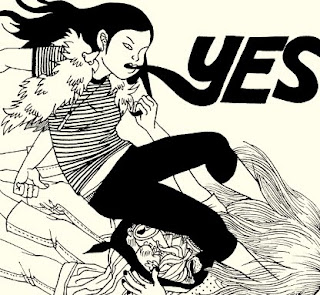 Jin & Jam and You: Long, long ago, in the year 2009, I gushed over Hellen Jo’s Jin & Jam #1 from Sparkplug Books. Did you heed my advice, and secure a copy of your own for your reading pleasure? No? You fool! Well then, if you like comics and you like things that are awesome, but you also like money so much that you don’t want to spend it, even on comics that are awesome, then you may want to click here, where you can now read Jin & Jam #1 in it’s entirety for absolutely freaking free. Do it! Do it now!

I don’t know if I’d want to play an RPG called Derrida & Dragons, but I’d at least want to read the sourcebook: “Derrida and Dragons!” is how Noah Berlatsky headlined a link to this Hooded Utilitarian review of IDW’s cheap-o, $1 Dungeons &Dragons #0 by Vom Marlowe. I reviewed the issue back in August, and, as you may recall, I didn’t much care for it. Marlowe liked it a lot more than me though, so there’s a link to a second, differing opinion, if you’d like one. (One of the stories in Dungeons & Dragons #0 features a halfling in it. You know what other comic features a halfling in it?) 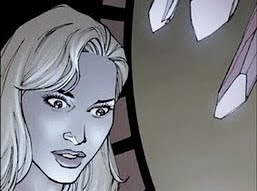 I’m pretty sure there is such a thing as bad publicity: Are you a professional comics creator, or an aspiring one? Well then, what are you doing reading my blog? Get back to work, making comics! But wait, before you go, you may want to check out this post by comics blogger/comics writer Kevin Church regarding an extremely brief, two-sentence conversation he had with comics artist Bernard Chang at the recent New York Comic Con.

In summary, Church once gave a bad review to a book Chang illustrated and, when he went to talk to him at a con, Chang told him to get lost. Church wrote a blog post about it, and then Chang showed up in the comments to argue with Church.

This seems like a pretty salient example of how not to act if, like Chang, you are a professional comics artist, particularly one who is still up-and-coming (I’m pretty sure Jim Lee could have, say, bit off Kevin Church’s nose in front of 500 people, and still be able to move tens of thousands of copies of whatever he draws. Not that Jim Lee would bite anyone’s nose off, of course). And especially if you’re about to start an ongoing stint with a currently hot writer on a low-to-medium-selling title from one of the market’s two biggest companies.

Chang’s comments on Church’s post make him look a little worse than the original exchange (either the way Church says it occurred or the slightly different way in which Chang said it occurred) does. (For example, implying that a complimentary review copy entitles somewhat favorable coverage, revealing he took the extraordinary step of writing Church and asking him to stop making critical comments about the book, keeping public track of critics who slighted his work and taking it personally, etc).

The lesson here though is simply that you’ve really got to be really careful about the way you act when you’re a creator in a small industry trying to sell relatively few things to a relatively small and shrinking audience.

I’m not going to, like, boycott Supergirl or future Chang books because (by both his own account and Church’s account) Chang seems to have behaved pretty unprofessionally—I wasn’t going to be reading Supergirl anyway—but the simple fact of the matter is that creator bylines are a huge factor in deciding what comics people read, and that the things creators do off the page can unfortunately pollute the connotations associated with their bylines.

For example, a couple weeks ago, when I saw or heard the name “Bernard Chang,” I thought “Oh, that’s the guy whose art I liked a little better than Aaron Lopresti’s in the Wonder Woman: Ends of the Earth trade.” Last week, when I heard the name, I added, “Oh, so that fellow is drawing Supergirl now” to the short list of Things I Think When I Think About Bernard Chang. And now, when I hear the name, I’ll think, “Oh, it’s that artist who got mad at a blogger for a bad review, held a grudge and acted pretty petty about it.”

That’s not really a thought that helps sell comics.
Posted by Caleb at 3:35 PM

I would've taken Church's side, except that I've often seen Church acting like a giant prick on his blog. He seems to enjoy that shtick, and now seems shocked that someone would be offended by it. Threatening someone isn't warranted at all, but I have a hard time feeling any sympathy for Church.

Oh, Michael Aronson, you may have seen me act like a giant prick on my blog, but at least I use my own name instead of hiding behind a pseudonym while repeatedly spamming somebody else's comments and getting banned.

I got all the Young Allies issues (as I like Gravity and Firestar as characters.)

While my long boxes are full of series cancelled before their time (ATLAS, for example)-- this was not one of them.

The 8 pages of the New Warriors reunion in "I Am An Avenger" #2 were better than this whole series.


Maybe it's because I have such a disdain for the Nomad backup in Captain America adding another $1 to that book, that it clouded my judgement on Young Allies.

But I gave it a shot because of the characters and would probably have dumped it after #6 anyway.

I can't decide which person comes out better. Unfortunately, they both seem like jackasses for the whole debacle. I like both Church and Chang (not as people - I've never met them) but I'm put off by the whole shebang.

Oh, Michael Aronson...hiding behind a pseudonym while repeatedly spamming somebody else's comments and getting banned

This anonymous person has been my a thorn in my blog's side almost since its beginning, and the only reason I've ever had to screen comments before (I guess I've been lucky I've only had the one reason).

Thanks for sharing; I've occasionally wondered, but always lacked the know-how to figure it out.


While my long boxes are full of series canceled before their time (ATLAS, for example)-- this was not one of them.

Thanks. I like the creators and a couple of the characters...maybe I'll check the back-issue bins before trying a trade...

Caleb, I've never been anonymous. A simple google search would tell you that. And the difference now is . . . what, exactly?

Oh, and thanks for deleting my comments.

When I used to allow anonymous comments on my blog, you used to comment anonymously. When I stopped allowing them, you started posting here as "hdefined," which isn't all that different from posting anonymously, it just says "Hdefined" in blue instead of "Anonymous."

I deleted your comments because they were responding to Church by calling him a name again/trying to instigate a fight/showing poor reading comprehension.

I would have deleted the first one in which you called him a prick too, but he responded to your comment with the dramatic reveal of your secret identity, so I had to leave that there.

If you're unhappy with how I police my comments section, you can always stop reading—as I've invited you to do several dozen times in the past.