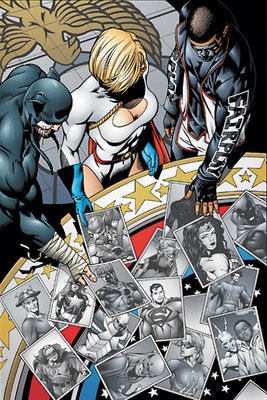 I know this post is like a year old, but I'm just reading it for the first time (good blog!), and I have to point this out.

Eaglesham's cover for JSoA #1 is an homage to the cover of All Star Squadron #1 -
http://www.silverbulletcomicbooks.com/features/images/roythomas/allstarsquad1.jpg