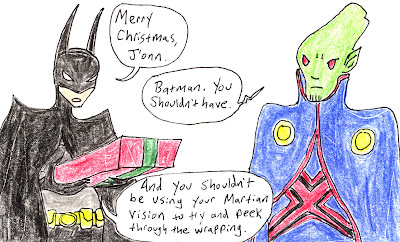 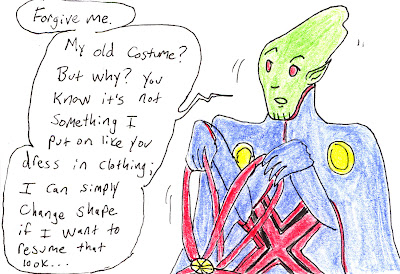 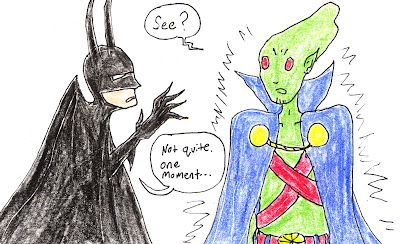 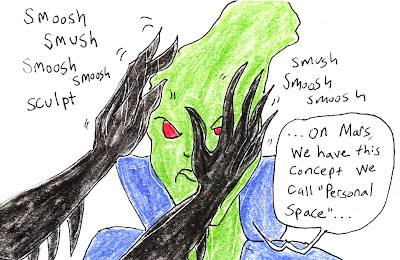 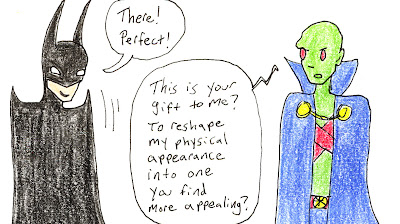 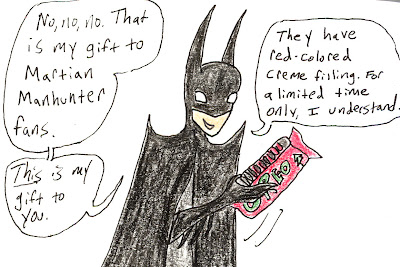 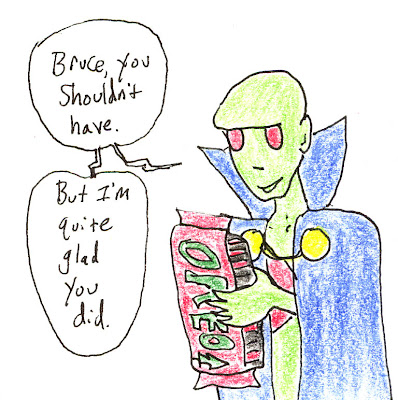 see, i LIKE the new look. & some of the new attitude (like, he's just IN CATWOMEN? SPOOOOOOKY!). i agree that, you know, a three dimensional character is vastly preferable (MORE OREOS & ROSWELL VIDEOS PLZ)

I like the new look too. I'm glad he's not trying to look too human anymore.

Oh, and Hi! This is my first comment on your blog, Caleb, the batman christmas comcis have been consistently a crack-up. Nice work.

And, mordicai, I swear I don't follow you around the internet just to agree with you randomly; its coincidence. Really!

i also crack the fuck up at these things, nor have i commented here before, so we can have ourselves a nice little circle of back patting.

If they let you write and draw the Batman comics I would actually buy them.

yeah, though, i like that martian manhunter might be actually impersonating a guy, or actually invisible. differentiates him from just being a supermany guy. seriously, that bit in catwoman where he just SHOWS UP is so fucking creepy.

I like MM looking more Martiany. I don't particularly like the new costume though. But I can't stand the old one.

Another vote for liking the new costume.

His old one was ridiculous. This one at least makes it seem like he's taking this superhero thing seriously.

Like one day he woke up and decided, "Hey, maybe I should put on some pants."

I'm loving your Batman's Christmas list like crazy :) Your blog makes my mornings at work much better!

Pants are over-rated. Down with pants.

If MM started going nude-but-genitalia-less, sort of Doc Manhattan, that would be cool with me, too.

I'm just as amazed as everyone else that people like the new costume. Stepping back from years of being used to his old costume, it did suck. But I could never really come up with a clearly better version.