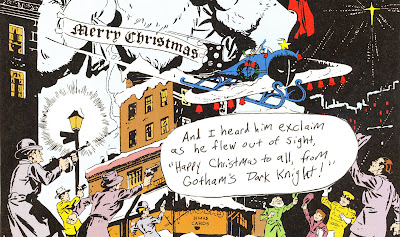 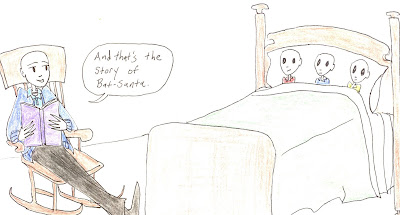 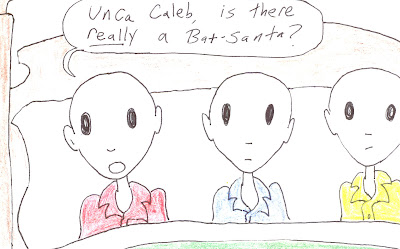 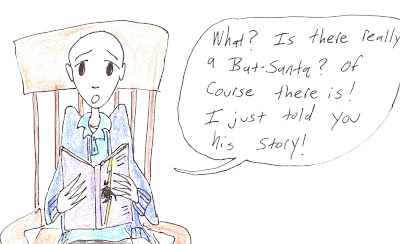 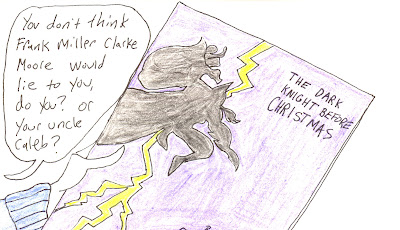 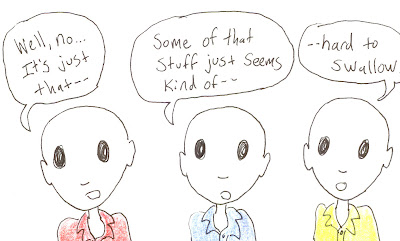 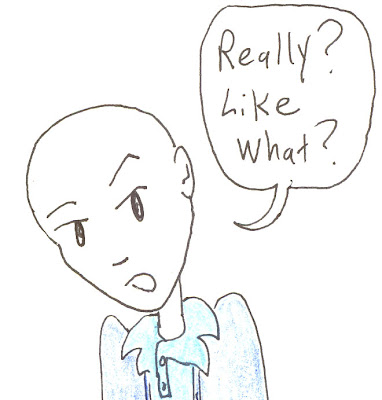 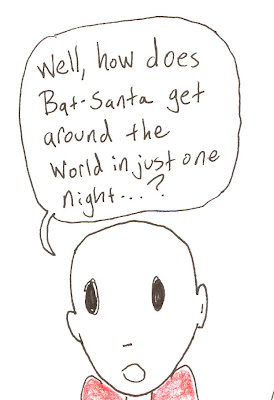 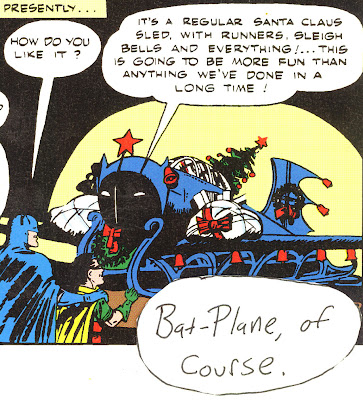 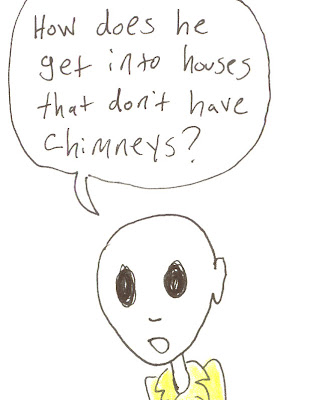 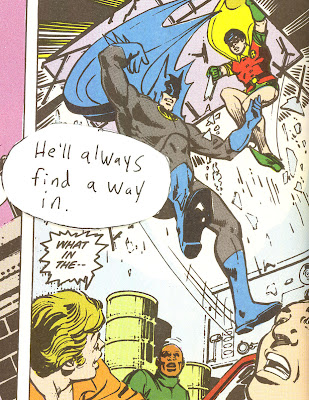 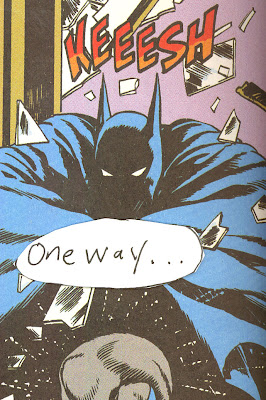 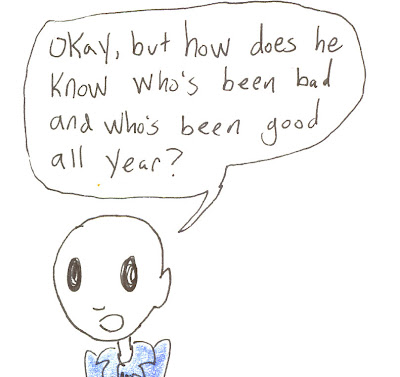 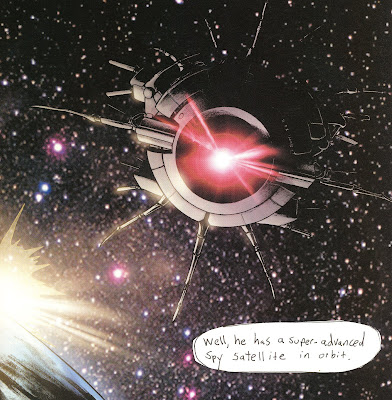 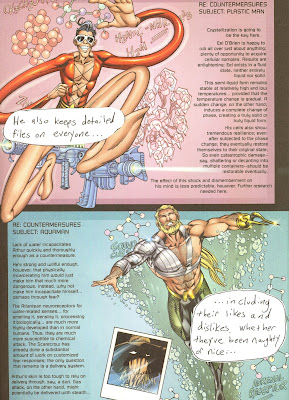 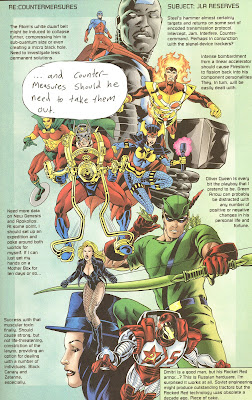 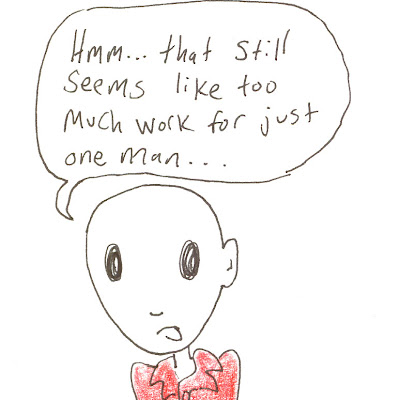 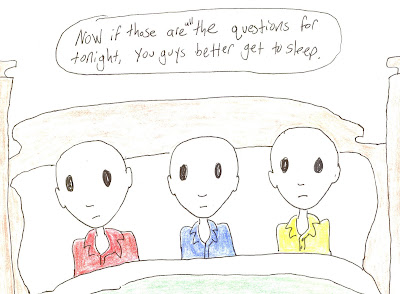 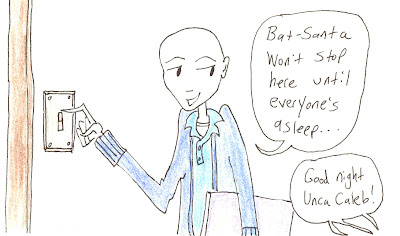 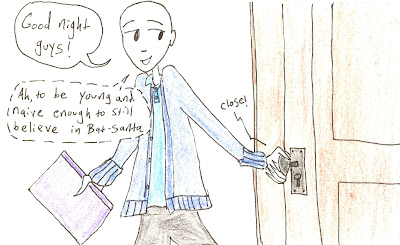 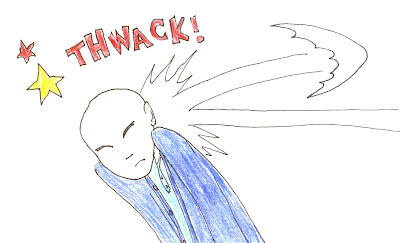 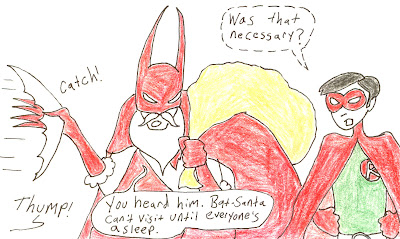 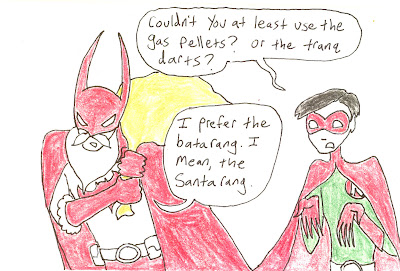 Bat Santa's only weakness is Superman.

Thank you infinite Christmas special, for the wonders of...

Your nephews look like creepy aliens. You must have one messed-up family tree.

I see the baldness is genetic.

I'd say the Santarang is the absolute best idea ever, with the Dark Knight Before Christmas as a close second.

Oh... This is the first thing of the season to make me in the Christmas spirit. Thank you, Caleb, this is truly amazing!

Yeah, my sister married a gray alien. It was a big family drama, but ultimately my parents came to accept (Unprounceable) as their son-in-law. Parciularly after the identical triplets were born.

I couldn't draw well enough to make Pete Woods' version of Bat-Santa, who recently appeared at the ISB, look right, so that's why there's a red-costumed Bat-Santa here.

Anyway, thanks for reading and for the comments everyone, and I hope you all have a good holiday.

Thanks for all the Bats/Christmas comics! One of my favorite blog presents this ENTIRE year!

OMG that was *amazing*, well done as always!! Merry christmas!

But your sister marrying an alien doesn't explain why you look so much like the MiniCalebs......