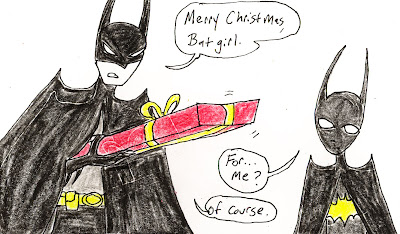 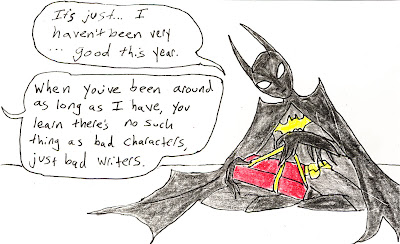 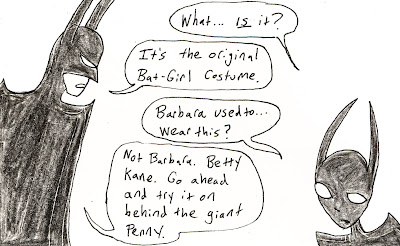 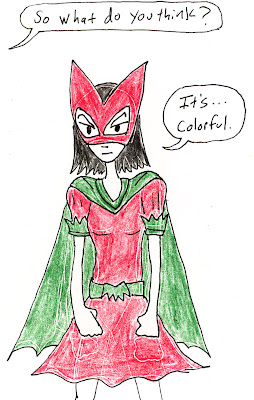 Ha, my scribbled draft had an off-panel Batman saying "Because it comes with a purse too" after she said how she liked it, but I couldn't find room for his bubble without covering up part of the costume.

It was funny . . . until the gift turned out to be another costume. Batman has no imagination!

Well, it's not Batman's fault so many of his colleague's dress so poorly...

I have a feeling you're probably not going to like Friday or Saturday's installment either...

Best one yet, I thought.

It is indeed colorful.