An action-packed day in the life of a semi-professional blogger/comics critic...co-starring Public Domain 'Devil! 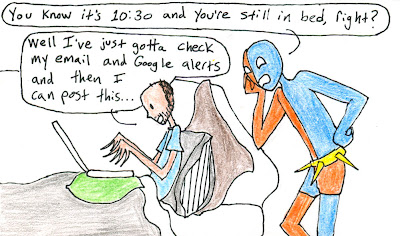 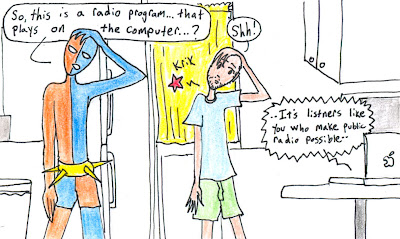 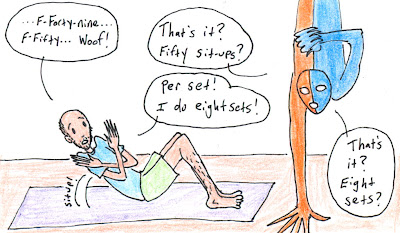 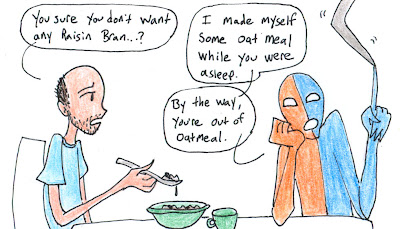 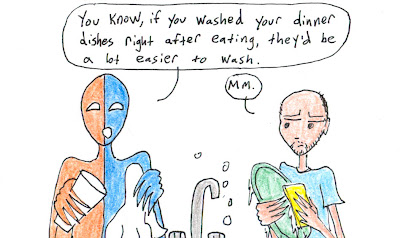 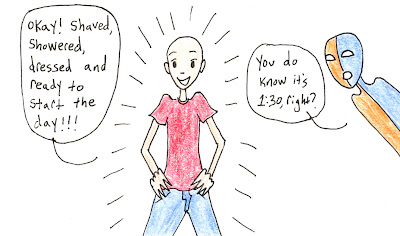 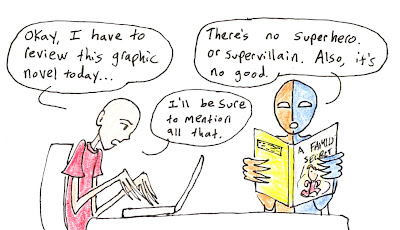 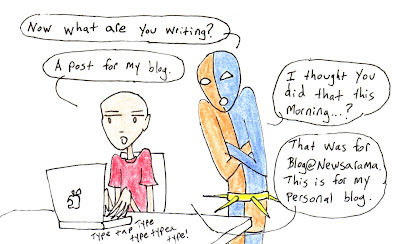 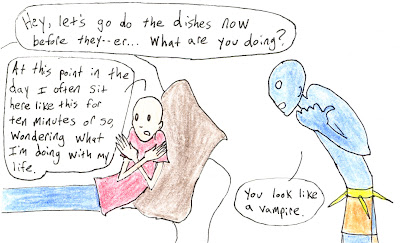 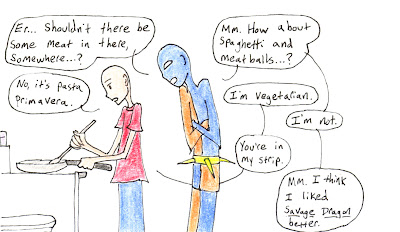 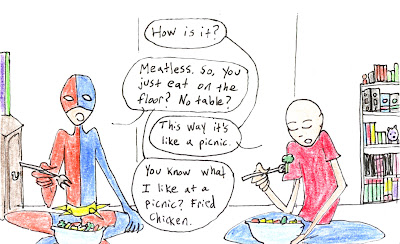 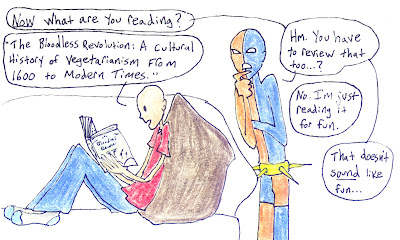 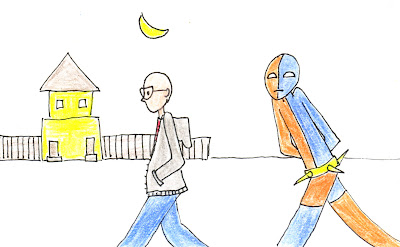 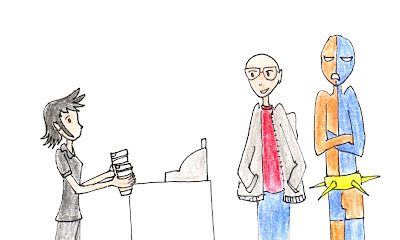 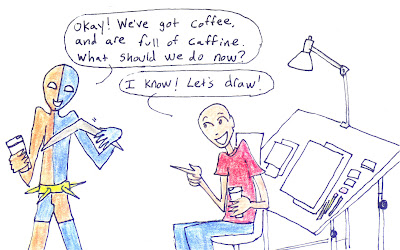 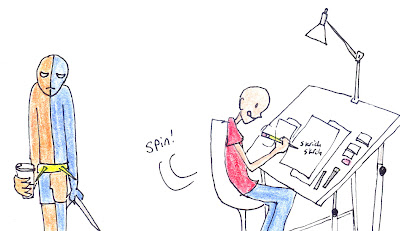 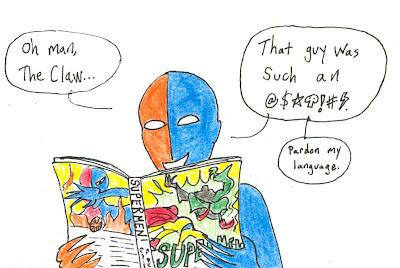 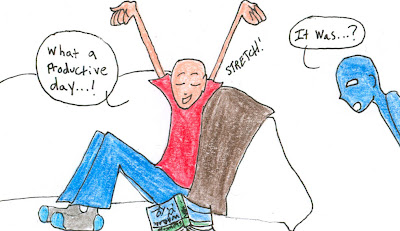 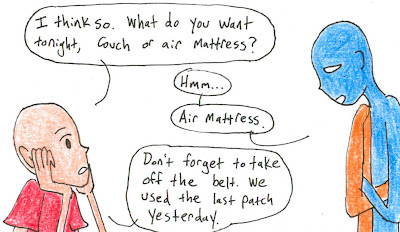 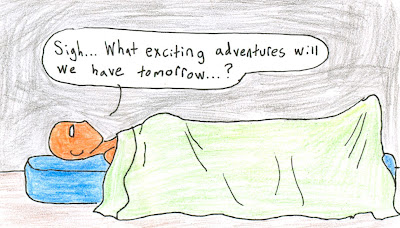 It wasn't terrible, but I was hoping that it would lead somewhere interesting . . . and it didn't.

Yeah, the point - as made painfully clear by the 'Devil - is that nothing of interest happened.

Are you kidding? He did eight reps of 50 sit-ups! That's action for ya!

But I call shenanigans on shaving. What kind of guy shaves when he works at home and doesn't have a date that night? It's...obscene.

That was *amazing*. Particularly loved the subtle callbaks to the earlier Devil-less strip.

It amused me for 5 minutes. What more do you want?

thought the strip was cool and hdefined is still a dick.

You've got me curious: What public radio station are you streaming?

Hdefined is indeed still a dick.

What's the point of anything really, if you're going to say that. Just because you didn't care for it doesn't make it meaningless (at least in the real world that is inhabited by people other than yourself).

What, Caleb can't share his routine/day with us without someone whining about it? And the Daredevil bit helped make it amusing.

Also, is that book (about vegetarianism) any good? I am interested in reading it.

Your life sounds lovely. Well, except for the sit-ups.

But I call shenanigans on shaving. What kind of guy shaves when he works at home and doesn't have a date that night? It's...obscene.

Unlike the previous strip I did like this, I wasn't actually depicting a real day in this one. And yeah, I wouldn't have shaved that early--I shave my head and face about once every 2-4 weeks, and always at night.

I didn't like the way the colored hair looked though, so I had Caleb shave between panels.

It amused me for 5 minutes. What more do you want?

And it kept me amused for, like, 5 weeks worth of episodes of Dancing With the Stars and suchlike.

You've got me curious: What public radio station are you streaming?

Also, is that book (about vegetarianism) any good?

I'm not sure yet. I'm only like 30 pages in. It's pretty dry and thus hard to read, but so far it's been about the underpinnings of the thought that lead to vegetarianism, and is, if not good, then at least interesting.

I hope he took off his spiky belt before sleeping, he could pop that mattress!

He was both, as I understand it. He was originally mute, but was quickly revamped to have the ability to speak. The Dynamite version, Death-Defying Devil, is/was mute, while Erik Larsen's version talks. The few GA stories I've read have all featured a talking DD.