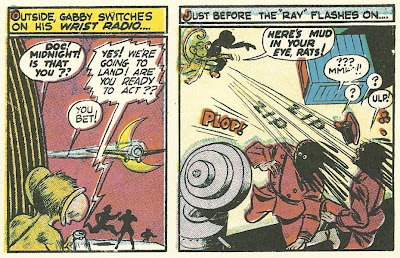 Gabby, the talking monkey sidekick of Jack Cole's Spirit clone Midnight, takes on the Nazis with whatever weapon is on hand in the story "War Over Iceland!" from 1942's Smash Comics #32.

Here's a panel from the very same story: 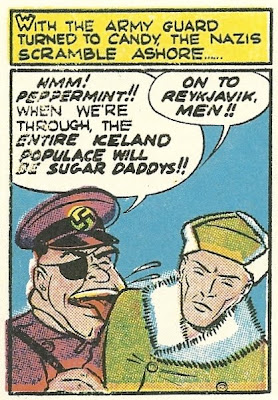 You know, I'm a fairly well-read guy. I graduated from a private, college prep high school, and went on to minor in history at a good college. I also have two rather loquacious grandfathers who served on the frontlines of the European theater during World War II.

And yet, if it weren't for comic books, I would never have had any idea how deeply weird World War II actually was...
Posted by Caleb at 7:58 PM

Labels: evidence that I am actually a grade-school child, jack cole, monkeys