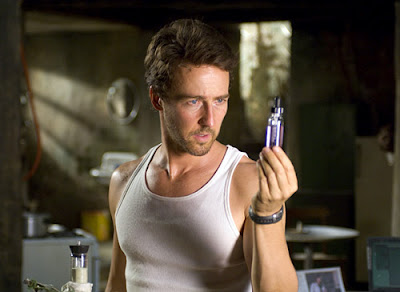 There was precious little new Hulk product on the racks yesterday. Just a one-shot that looks like it's about the Hulk trying to eat some lady named Thundra's breasts, the latest issue of the all-ages Hulk book, and something called Skaar: Son of Hulk*.

Such a dearth of new Hulk books can only mean one thing: The Incredible Hulk** must be opening in theaters nationwide this Friday!

To read my review of the new flick, head on over to Done Waiting. And please consider seeing the movie at the theater this weekend. I'm hoping it makes several billion dollars...or at least enough to encourage a sequel. I really, really, reeeaaaallllly want to see a live-action version of the villain they set-up for a possible future installment.